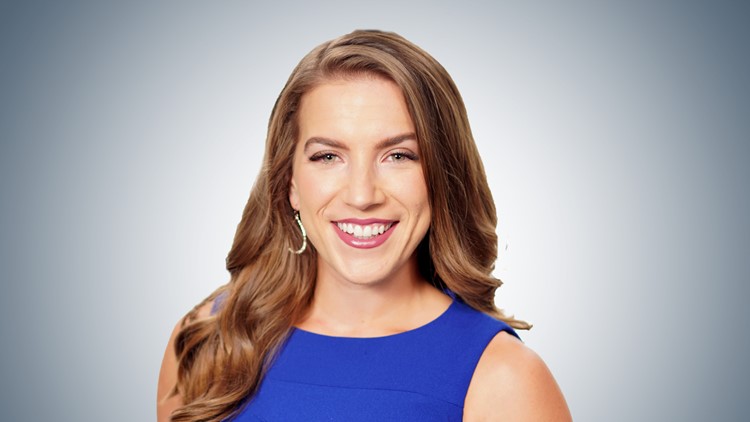 Her career began in the Sunshine State, so she is so happy to be back! Some of her best memories came as a sports reporter for WGFL in Gainesville. Her favorite moment is the Florida Gators’ last-second, goal line stand against LSU in 2016. As she writes it, “Gator fans probably remember the drama surrounding that game and the trouble rescheduling it after Hurricane Matthew. UF won the SEC East title with that win and their celebration in Tiger Stadium was WILD.”

She spent the last two years in SEC West territory in Birmingham, AL, as a sports anchor for WVTM-13. Grace was born and raised in the Washington, D.C. area, and is loyal to her D.C. sports teams and using Old Bay seasoning on everything.

Grace graduated from Miami University (Ohio) and still loves talking about MACtion. During college, she interned with NBC Washington (WRC) in D.C. and WKRC Local 12 in Cincinnati.

She is the oldest child in a family of eight. During her off time, she likes to work out, taste local cuisine, study Spanish and sing while playing the piano.