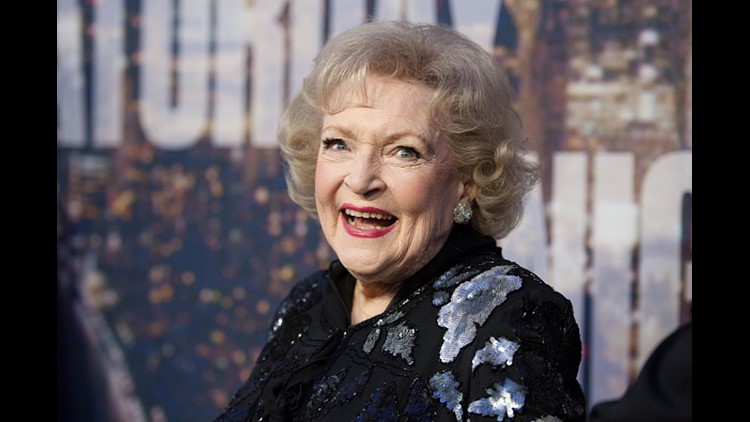 Editor's note: This story was originally published on CBSNEWS.com the day of her 97th birthday in 2019.

Betty White is how old? The actress turned 98 on Friday, and after seven decades in show business, she's still making us laugh. From "Mary Tyler Moore" and "The Betty White Show" to "Golden Girls" to "Hot In Cleveland," the actress has always been funny, feisty and full of energy.

Here are five times the golden girl proved she's still young at heart – even well into her 90s.

In May 2018, the Hollywood hunk posted a "Golden Girls" parody video to promote his new film, "Deadpool 2." White, who played Rose Nylund in the classic '80s sitcom, retweeted the viral video, which played the "Golden Girls" theme song over the "Deadpool 2" trailer.

For Super Bowl LII, Tide worked with a number of celebrity influencers to promote their brand. White joined Drew Brees, Antonio Brown, Danica Patrick and Isaiah Mustafa in the social media campaign. The star's tweets were in conjunction with TV spots that ran during the big game.

White's work was honored during the 70th Emmy Awards in September 2018. During her speech, the honoree joked about her age. "Somebody said something the other day [about how I'm] the first lady of Television, and I took it as a compliment," White said. "Then I heard her say to her daughter, 'Yeah, first lady – she's that old! She was the first one way, way back.'"

"It's incredible that you can stay in a career this long and still have people put up with you," White said. "I wish they did that at home." She also thanked Lorne Michaels for all the things he had done with her – then corrected herself, "I mean for me!"

When the Carolina Panthers made it to Super Bowl L, White revealed a secret on Twitter – she taught quarterback Cam Newton everything he knows. Newton, who is known for his dancing, often "dabs" – and so does White. She posted a video of herself dabbing on Twitter, claiming she taught Newton the dance move.

It is unclear if White has kept up on dancing trends enough to know how to "floss."

5. She has celebrity crushes

In 2016, White told James Corden who her celebrity crush was. While appearing on "The Late Late Show," White said for her 94th birthday she was "going to celebrate with Robert Redford."

"He doesn't know that, and I think he's out of the country, but I'm going to celebrate with him," White joked.