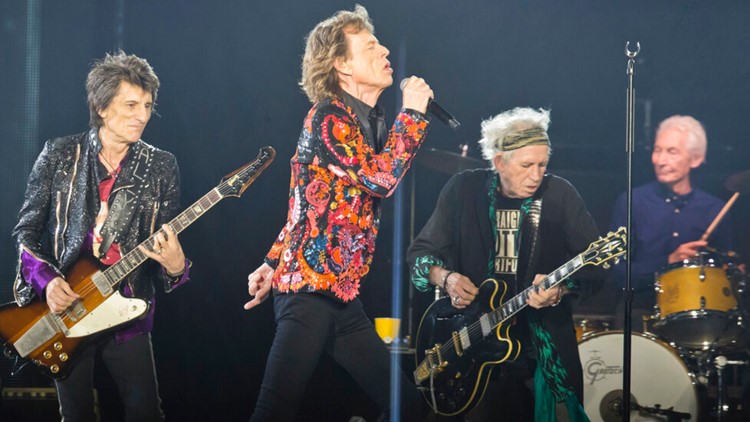 Photo by: AP
The Rolling Stones are ready to get back on the road after postponing their North American tour because Mick Jagger needed medical treatment.

TAMPA, Fla. — With huge acts like Gus N’ Roses, The Rolling Stones, Elton John, Janet Jackson and Justin Bieber coming to town, Tampa Bay is set to have a summer of epic concerts.

But the high cost of tickets for these shows means plenty of die-hard fans may not be able to afford the price of admission.

With so-called nose-bleed tickets starting at around $80 apiece for the Rolling Stones and $67 to see "The Biebs" according to Seat Geek, cheap seats seem to be a thing of the past for arena shows. Those costs don't even include the infamous service fees and order processing fees.

If you want to actually see the band and not feel like you’re looking at them from an airplane, be prepared to drop anywhere from $200 to more than $1,000 per ticket - depending on the seats and the acts.

What is a fan to do? Why so expensive?

According to the Wall Street Journal, due to piracy and eroded recorded music sales that started back in the early aughts, artists rely more on touring to make their money. Live shows are now bringing in about 75 percent of their income. In the 1980s and nineties, only 30 percent of their income came from touring.

Also, the prices are high because people will still pay for them, according to WSJ. And, the promoters know it.

Ticket Master says ticket prices are set by their clients: the venues and promoters.

The Guardian reports that the promoter gets a percentage, usually 15 percent of what the band makes which is usually 50 to 70 percent of the gross income.

That’s because before the band and promotor get paid, money from ticket sales is shelled out to “the venue hire, stagehands, venue staff, electricians, power, spotlight hire, scaffolding, barriers, catering, public liability insurance (in case anyone is injured at the show), backstage furniture (yes, really), forklifts, rigging, medical staff, transport and even towels. Many times the venue will pay for that out of its cut, but that will depend on the particulars of the deal struck,” according to the Guardian.

But that’s not all.

The artists also have to pay their own crews: Sound engineers, roadies, tour managers, back up singers, and more. Plus, all those vehicles to get everyone and all the gear from venue to venue.

The WSJ also points out that ticket prices have increased because “ticketing companies are offering new technology to squeeze out scalpers and make more money the first time a ticket is sold. The high prices have caught the attention of the U.S. government, which has investigated concert promoter Live Nation Entertainment Inc. over its market power.”

According to Statista.com, concert ticket sales revenue increased from $1 billion in 1990 to $8 billion in 2017. That year U2 was the biggest touring act and they grossed over $176 million.

The WSJ reported that in 2019 the biggest touring act was The Rolling Stones who pulled in $177.8 million playing only 16 shows.

This year, the band is slated for 15 shows in North America. Tickets went on pre-sale on Wednesday and general sales went on sale today with fans continuing to pay the high cost for tickets - because while it’s only rock n’ roll -they like it.