Steve from Blue's Clues surprises the Internet with a special message for the show's 25th anniversary. 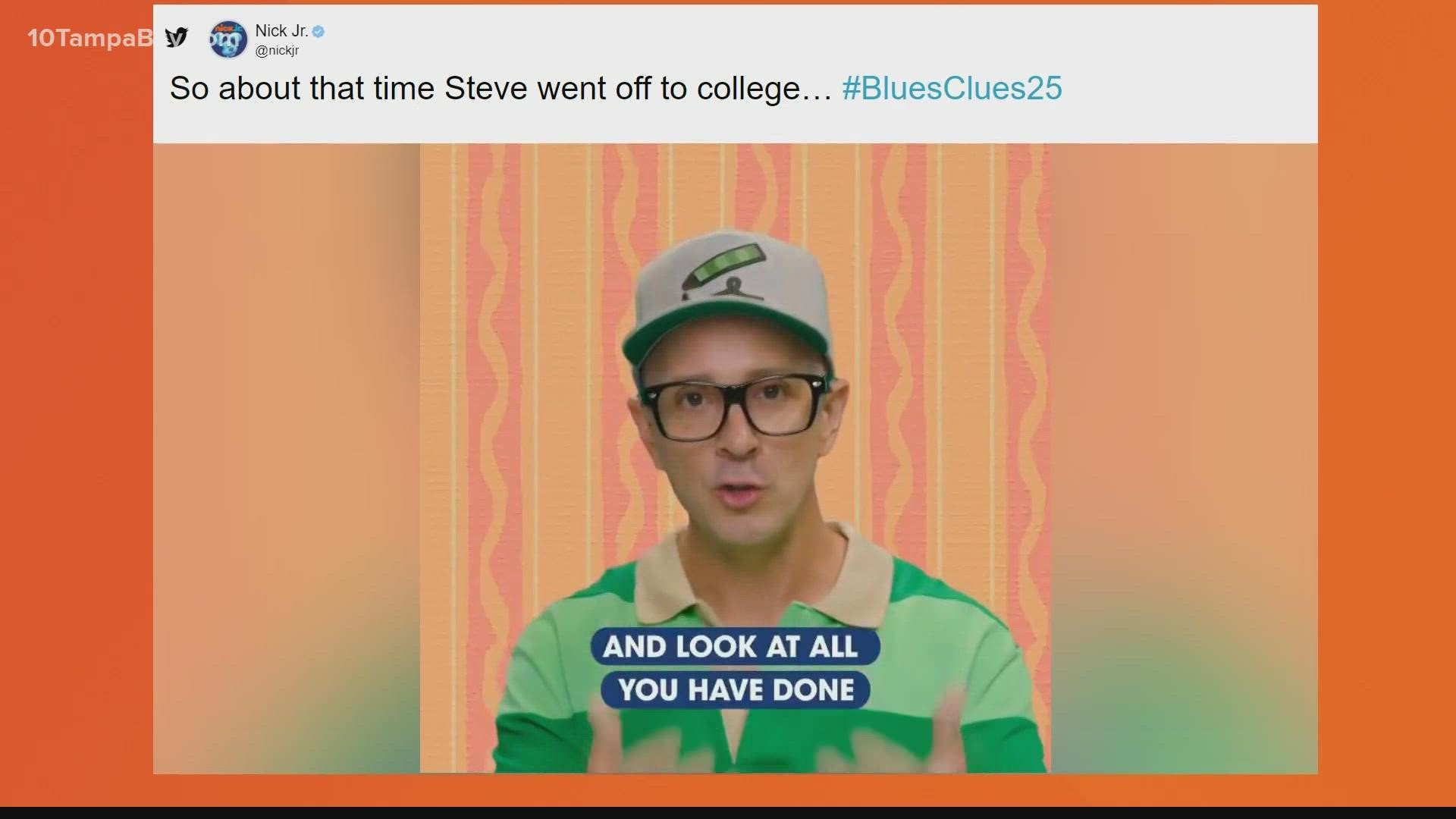 "You remember how when we were younger, we used to run around and hang out with Blue and find clues?" Steve asked. "And then I got on a bus and I left and we didn’t see each other for like a really long time? Can we just talk about that?"

Steve Burns hosted Blue's Clues from the show's premiere in 1996 until 2002. After 100 episodes, he handed things off to Donovan Patton. Donovan played Steve's brother, Joe, who moved in to take care of Blue while Steve went to college.

So about that time Steve went off to college… #BluesClues25 pic.twitter.com/O8NOM2eRjy

Blue's Clues went off the air in 2006, but was recently rebooted as Blue's Clues & You! Actor Joshua Dela Cruz is donning the striped shirt as Josh to host the show.

Being that it's been a decade since Steve helped us search for clues, he wanted to put some things in perspective.

"It’s just so amazing, right? I mean we started out with clues and now it’s what?" Steve asked. "Student loans, and jobs and families and some of it has been kind of hard, you know?"

Still, Steve says the lessons we learned back then are just as helpful today.

"I guess I just wanted to say that after all these years I never forgot you…ever," he said. "And I’m super glad we’re still friends."