The lawsuit claims Baskin was 'complicit with jokes' about Lewis' death on 'Dancing with the Stars.' 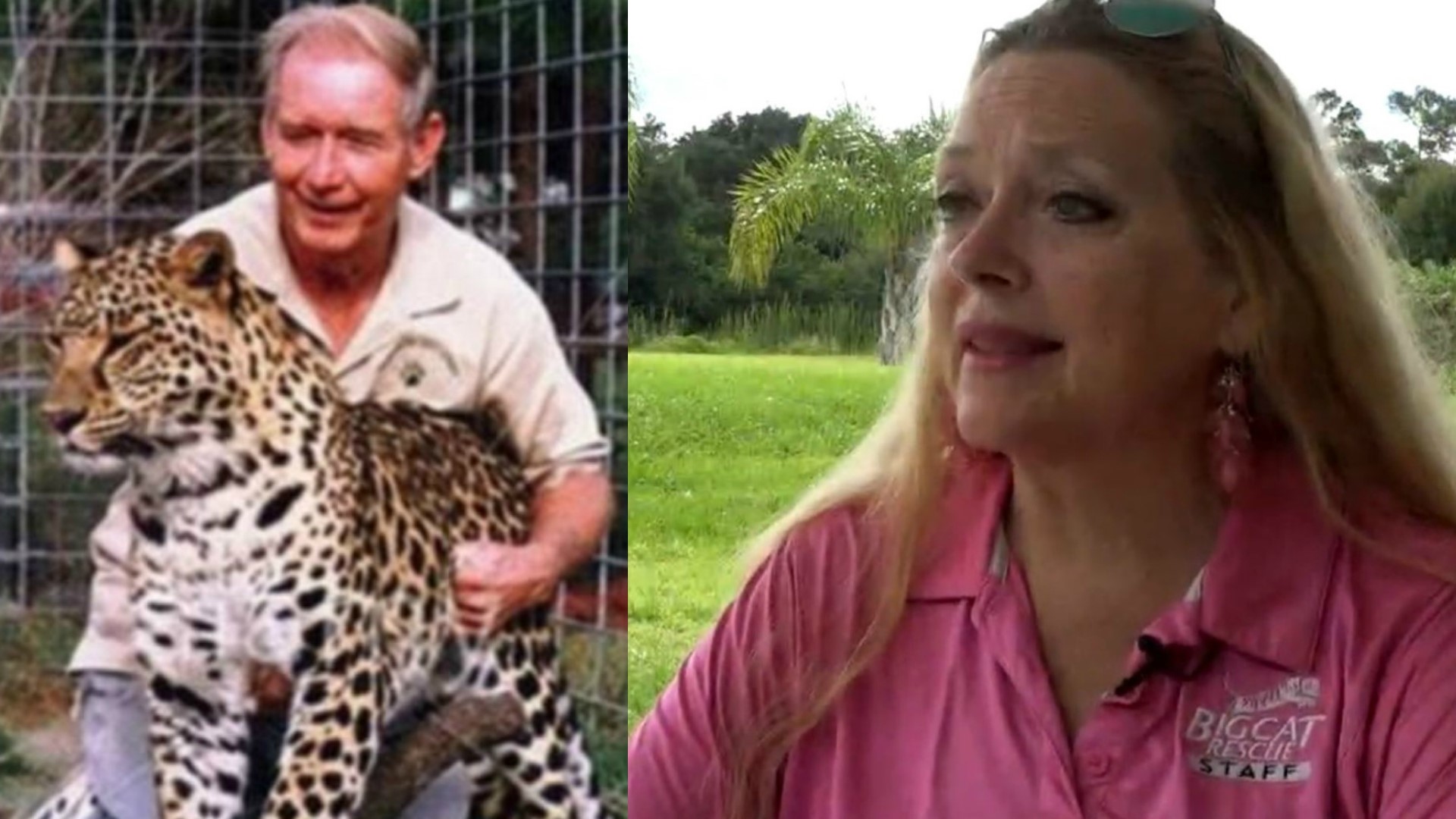 Lewis' family is suing Baskin for defamation over jokes made on "Dancing with the Stars," where Baskin is currently a contestant, about her former husband's death.

The legal documents claim Baskin was "complicit with jokes" about Lewis' death; one example given was when DWTS judges "brought up TikTok videos inspired by her storyline in 'Tiger King,'" ET reports.

Lewis, who once owned Big Cat Rescue with Baskin, was last seen the day before a scheduled trip to Costa Rica in 1997.

Baskin has denied being involved in her husband's disappearance.

Lewis' family's attorney John Phillips told TMZ a similar lawsuit was settled back in 1998 between Baskin and Lewis' former assistant, Anne McQueen. According to TMZ, Phillips said that libel and slander suit was settled for $50,000. Now, the attorney says Baskin is "repeating some of those false statements" while reading her journals on social media and DWTS.

10 Tampa Bay reached out to the Lewis' family's attorney, who responded with the following statement:

"On August 7, 2020 my clients filed a lawsuit for information against Carole Baskin, Kenneth Farr and Susan Bradshaw. Defendants requested more information in support of our Pure Bill of Discovery. We have amended that lawsuit and provided over 40 pages of support of the need for discovery, mostly in Carole Baskin’s own words.

Additionally, we have filed a lawsuit for defamation and various breaches against Carole Baskin, Howard Baskin and Big Cat Rescue. Since 1997, Anne McQueen has been the victim of lies by Carole Baskin. Mrs. Baskin even admitted these lies in 1998, apologizing for them in a written statement. She also settled Anne McQueen’s claims for libel and slander at that time, paying $50,000. These exact same false statements, and additional ones, are being made again in 2020. It is malicious. Making matters worse, Howard Baskin is making these same statements publicly, as is Big Cat Rescue. As such, they have been added as Defendants."

Earlier this month, a commercial asking for information into Lewis' disappearance aired in local Florida markets during a commercial break during DWTS, CBS News reports. In the ad, the family states there is a $100,000 reward offered, which the family first announced in early August.

Also in August, the law firm representing Lewis' family served Baskin with a lawsuit created to obtain "discovery to get to the bottom of the death and disappearance of Don Lewis."

The hype around the Netflix docuseries led the Hillsborough County Sheriff's Office to reopen the case for new leads in March. Tips came in daily, but most were missing one key element-- credibility.

In interviews since, Sheriff Chad Chronister said he believes Lewis was murdered in 1997 and did not just disappear as was alleged.

"There's a lot of suspicion surrounding his death," Chronister said in an interview with 10 Tampa Bay this past April. "What wealthy person disappears and doesn't take his wealth with him?"

And while he believes more than one person was involved in Lewis' murder, Baskin is "no more a person of interest than anyone else."

Chronister also said while he understands why people would believe she is guilty due to the show's spin, that the sheriff's office can disprove two of its biggest theories related to the meat grinder and septic tank.

10 Tampa Bay reached out to Carole Baskin for comment on this lawsuit. She replied the following:

"I do not joke about the loss of my late husband Don Lewis. It's a stretch for anyone to say that because I use the common phrase of 'killing it' that it refers to Don since I believe he crashed an experimental plane over the gulf due to his own failing mental capacity.

I didn't kill him or have him killed, so there's no way I'd associate losing him with that word or concept. I was the only person in his life trying to get him to a medical specialist after he'd been diagnosed as Bi-polar with Altered Mental States just 2 months before he went missing.

According to Don, Anne McQueen and Wendell Williams were telling him that I was trying to have him committed and I believe it was because they were profiting off his diminished capacity. That made it impossible for me to get him the help he needed in time.

Any Tiger King reference to killing or murder is strictly based on the fact that so many animal abusers have tried unsuccessfully to kill me either by rallying their minions or hiring hit men. I've turned down scores of Cameo requests from people who wanted me to say something unkind about Don and always send this same text message to the requestor:

'The tragic loss of my husband is not something I joke about. I would like to help you with your request so could you cancel this one and perhaps request something that does not ask me to make light of a situation that brought so much sadness to me and our families?'

People can't even pay me to joke about the tragic loss of my husband and best friend at the time."