Buccaneer Beads preps for Gasparilla with more than 150,000 pounds of beads

The main supplier of Gasparilla beads has been planning for the last year. 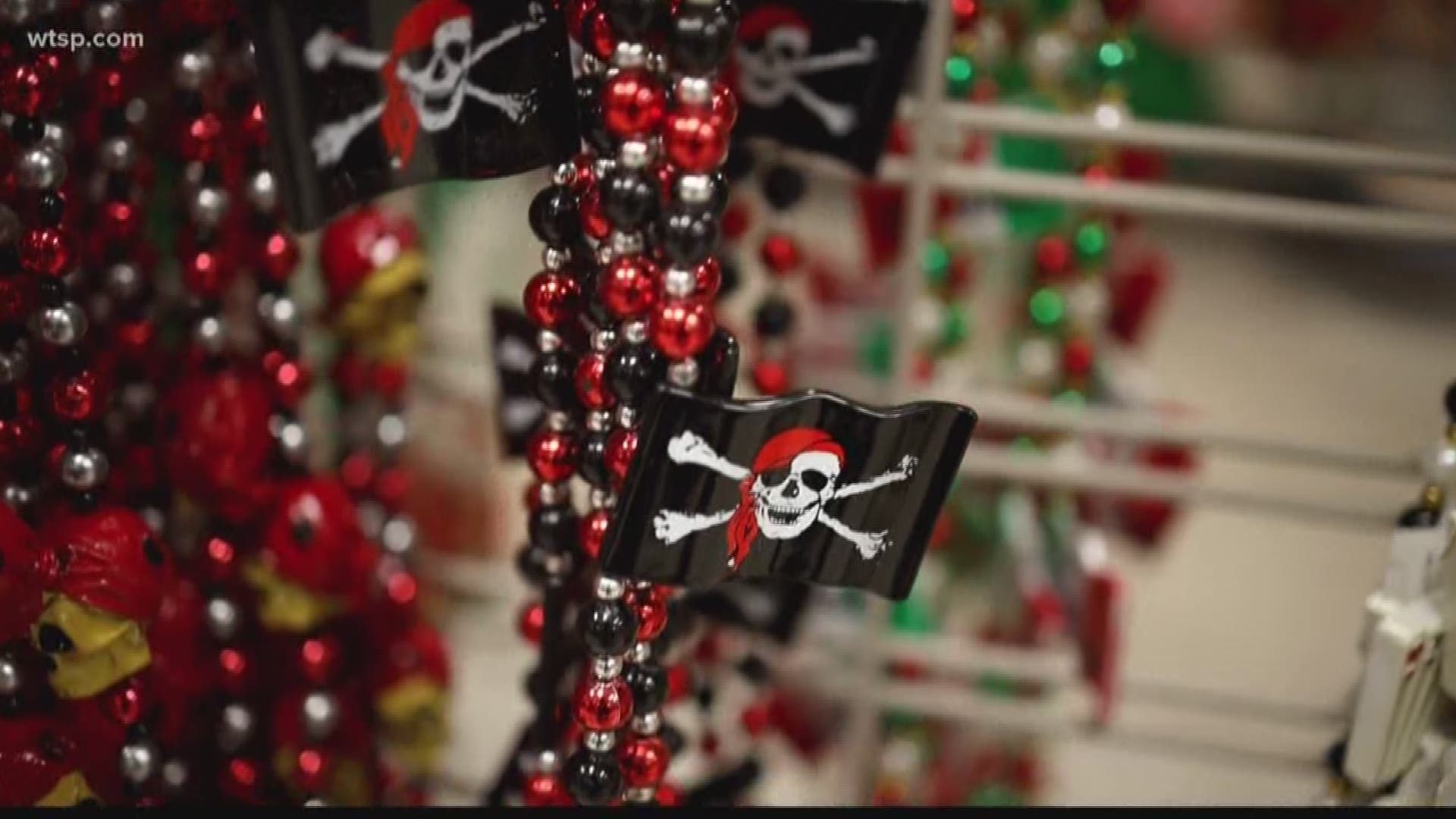 TAMPA, Fla – Ahoy, matey! Not only do you need to get your pirate talk down, but you also need to make sure you have all your pirate gear.

Gasparilla wouldn’t be Gasparilla without all the beads. The most popular place pirates and landlubbers are getting all their supply from is Tampa’s own Buccaneer Beads, which has become the main supplier for the historic parade.

“When the festival is over, I'm already planning for the next season and putting orders in and making sure that we're fully stocked at the end of the year,” Buccaneer Beads owner Jennifer Amato said. “So that we're going into January ready to go.”

The company started in 2006 and is owned and operated by mother and daughter, Jennifer and Lenore Amato. Buccaneer Beads supplies more than 150 thousand pounds of beads every year.

The company has more 50 different styles of throw beads, a stockpile of classic beads and even extravagant, flashy beads. The owners say there really is a style for everyone.

RELATED: Mayor launches effort to stop beads from going into the bay

Gasparilla Krewes will put their orders in with Buccaneer Beads around May and June, about six months out from the parade. So, when shipments arrive in November and December, orders are ready for pickup.

“We are the largest supplier in this region,” Amato said. “I've actually brought in four truckloads, each of them about 38,000 pounds, plus a whole 40-foot container when new styles are coming out and the factories are letting me know and the distributors are letting me know.”

The expansion of their business is not just with the number of beads they bring in, but where they store them.

“We fill two warehouses of beads so that we can make sure that we have a good selection for everybody and create that great experience,” Amato said.

Amato says she looks forward to seeing customers come in and experience the preparation for Gasparilla and then having the experience at the parade.