How to speak like a pirate ahead of Gasparilla

Here are 10 terms you need to know ahead of Gasparilla 2020. 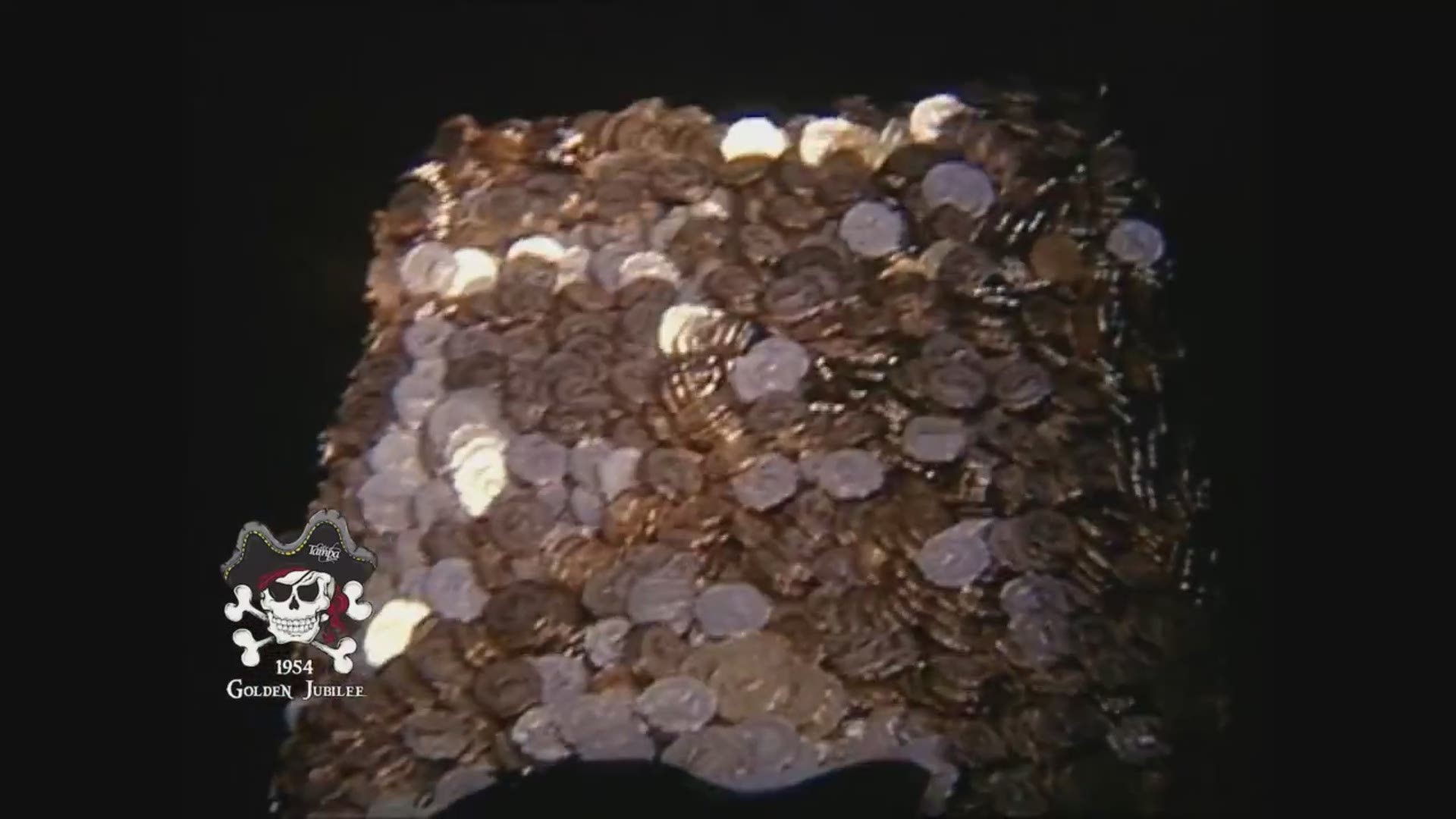 TAMPA, Fla. — Avast! Are ye ready for the invasion of the pirates?

The pirates be coming about to weigh anchor any day now.

Here are 10 terms ye be needin' to parley before you're ready for your sea legs.

1. "Arr!" or "Argh!" They are exclamations or proclamations of excitement.

Used in a sentence: "Argh! I'm so ready for Gasparilla!"

2. "Blimey!" A surprise exclamation, short for "God blind me!"

Used in a sentence: "Blimey! I had too much rum ahead of Gasparilla!"

3. "To go on account" is a positive term for pirates which describes the act of turning pirate. It also means the pirate is going into business as a freelancer.

Used in a sentence: "My Krewe of pirates is set to go on account from now until Gasparilla."

4. "Take a caulk" means to take a nap. Between planks on the deck of a ship, there was a thick "caulk" of black tar and rope to keep water away and sailors would end up with black lines on their backs after sleeping on the deck, or would lay as horizontal as caulk on the deck.

Used in a sentence: "I might need to take a caulk after how much alcohol I had before and after Gasparilla."

RELATED: Party like a pirate: See how to get that Gasparilla 'look'

5. "Weigh anchor" means to leave the port after hauling the anchor up.

Used in a sentence: "We might need to weigh anchor for the bathroom soon."

6. "Dead men tell no tales" which is a pirate motto for not leaving any survivors behind.

Used in a sentence: "We can't leave Jack behind! Dead men tell no tales!"

7. "Scupper that!" It is an angry expression which means "Throw that overboard!"

Used in a sentence: "Eww, that pizza is super old! Scupper that!"

8. "Show a leg!" A fun phrase meant to wake up a sleeping pirate.

Used in a sentence: "It's time for Gasparilla! Show a leg!"

9. "No prey, no pay" is a pirate motto that meant no wages would be earned, but the loot would be shared.

Used in a sentence: "We'll all just split a meal after Gasparilla, no prey, no pay."

10. "Sail ho!" An expression that means another ship is in view since the sail is the first thing visible over a horizon.

Used in a sentence: "Sail ho! I see the pirates invading the bay!"