Thousands of beads end up in Tampa Bay after Gasparilla weekend, and a group of volunteers is committed to getting them out. 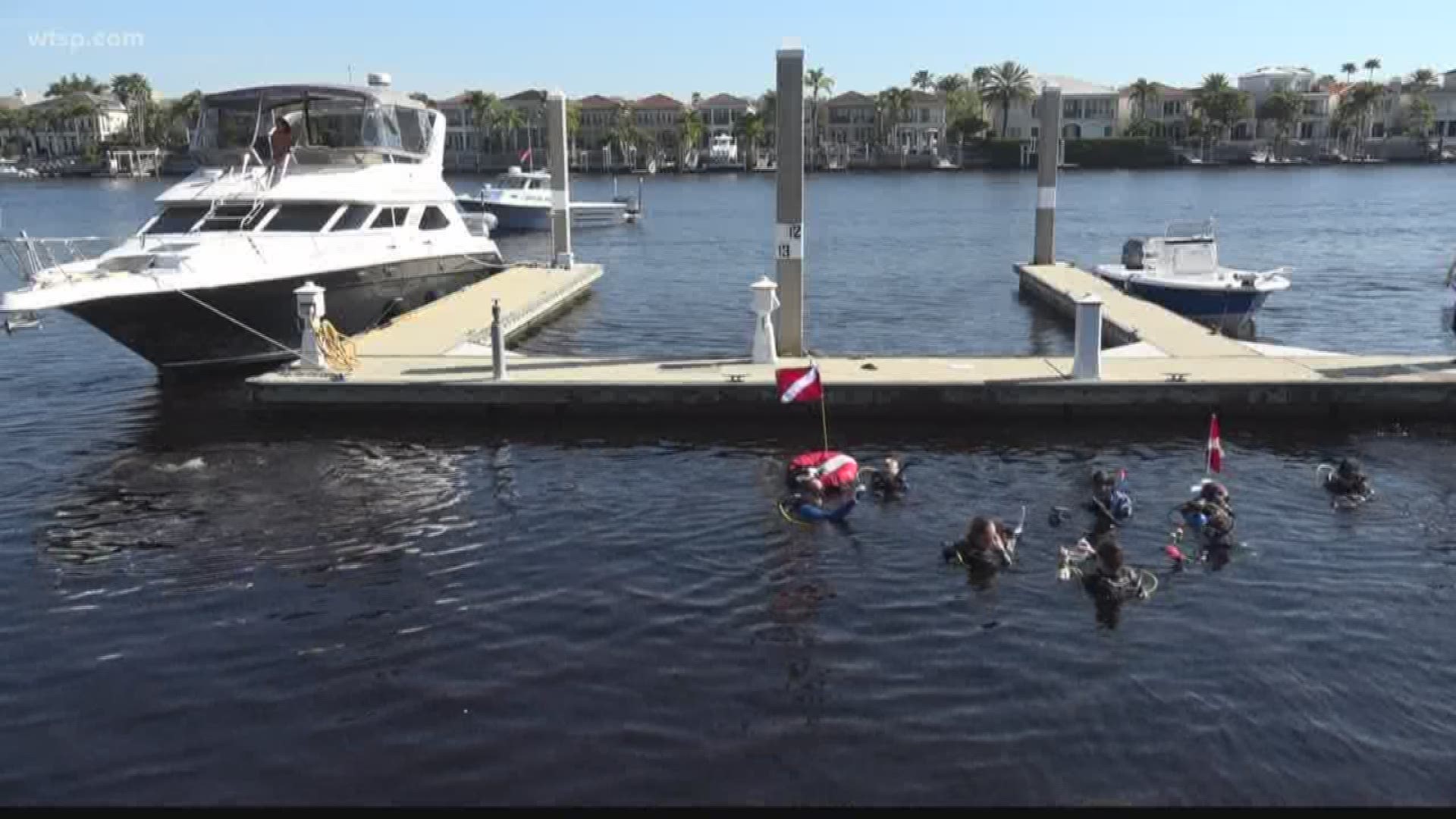 TAMPA, Fla. — Dozens of volunteers showed up to Marjorie Park to get into the Gasparilla spirit.

The second annual Green Gasparilla Diver Clean-Up was spearheaded by two young brothers who want to keep their community clean.

Demetri and Ethan Sedita started the organization after realizing how many beads had built up in Seddon Channel after over a hundred years of Gasparilla.

Last year was the first year they combined their post-parade cleaning efforts with a group of volunteer divers.

"You could just pull beads up like weeds, right out of the sediment. It was insane," Demetri said.

Last year 25 divers volunteered to dive for buried beads left behind after the flotilla moves through. The dive caught the attention of an Eckerd College dive enthusiast group run through the Hillel Program at the school.

Program coordinator, Shayna Cohen, then tapped the Tampa Aquarium to get even more experienced divers on board.

After just a few short months, the second annual dive came together.

"It's pretty great what we have been able to do in such short a time. And I think the turnout is even bigger this year. We have over 50 people signed up," Demetri said.

When the beads sit in the water they can start to decompose and create larger issues. Issues like releasing toxins into the water and breaking into microplastics, Demetri explained in his speech to volunteers.

"It's horrible for the environment but it's also really bad for the people who are eating the fish that are in this area because it just travels up the food chain. So its kind of a scary thing."

All of this mobilized the volunteers.

And the goal is to make this their last cleanup.

"In the future, we hope that we don't have to do this anymore, we can get some change and we won't have to bother cleaning up the channel," Demetri said. "But for now, we're going to keep doing this and try to clean up everything as best as we can today."

Divers recovered over 2,000 strands of beads that weighed more than 115 pounds. The beads were sorted so that the strands in the best condition can be reused for next year.