Cleaning up Gasparilla: Around 400 volunteers collect tens of thousands of discarded beads 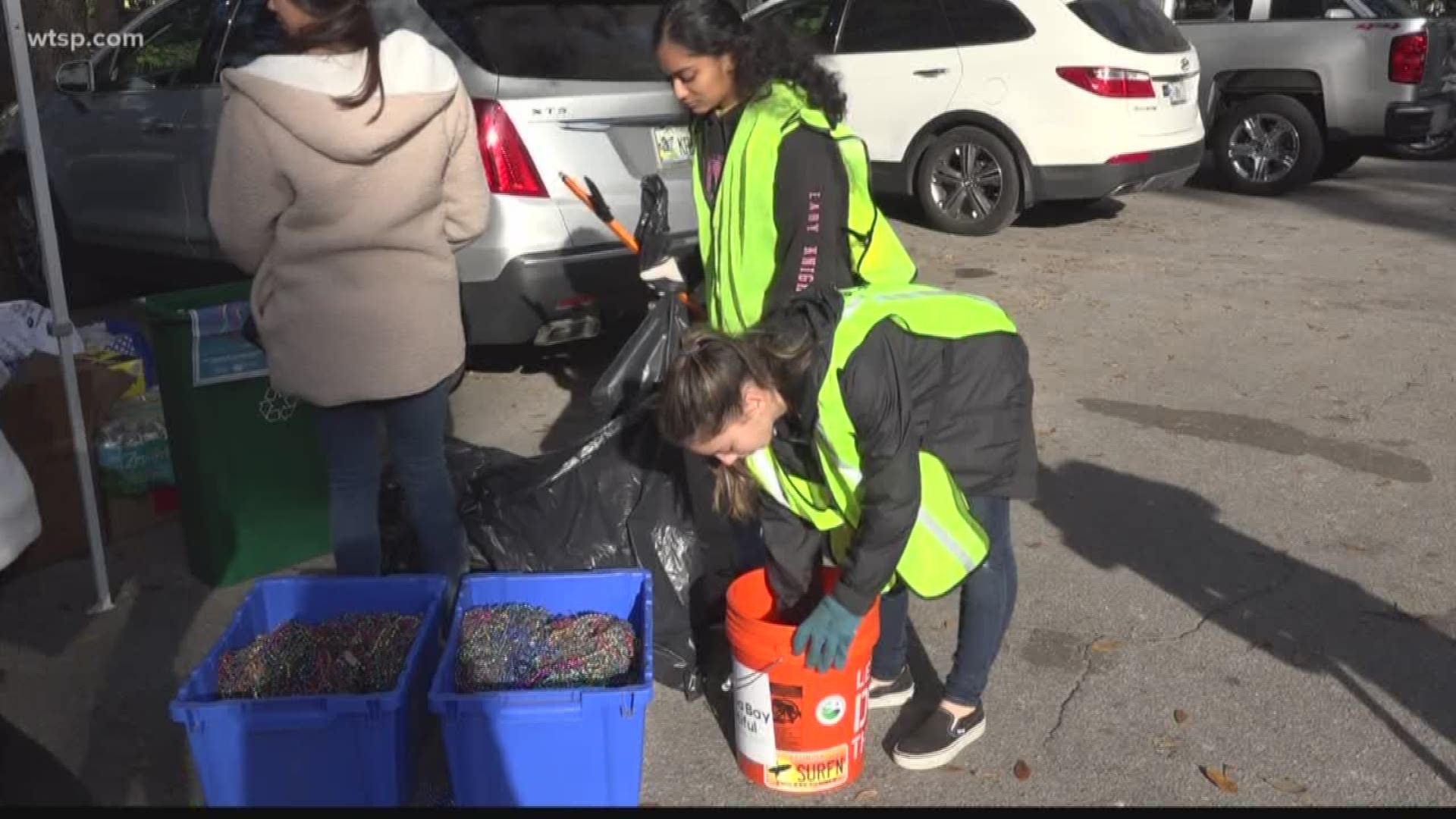 TAMPA, Fla — The Gasparilla parade is over, but the bead collection continued this morning. About 400 volunteers hit the streets to clean up after the pirate party, and they found a lot of garbage.

“It was in the bush on the side of the road. I assumed it was empty, but then we picked it up and it was full of soda. Someone probably just camped out there and forgot it. Probably, but they are probably missing it now," Hinson said..

The goal is to undo the damage that hundreds of partying pirates left behind.

“It’s important to pick it up, inland from Bayshore, because 80 percent of all trash that is dropped on the ground, whether intentionally or unintentionally, 80 percent of it is going to end up in our waterway system," explained Laura Riiska, the education and marketing coordinator for Keep Tampa Bay Beautiful. "And that waterway system is the Hillsborough River. And that is what city of Tampa uses for their drinking water."

RELATED: Here are the arrests made on Gasparilla

Just like on Gasparilla, volunteers are looking to collect as many beads as possible. But instead of ending up around their necks, they are going to end up, in the recycling.

This prevents beads from ending up abandoned either on land or in our water.

“If the paint flakes off and the lead is in it, and our wildlife eats it, it’s going to harm them and in turn harm us," Riiska said.

All of the beads collected are donated to the MacDonald Training Center and will be used in up-cycled projects.

Last year, 25,000 strands of beads were collected during the event.