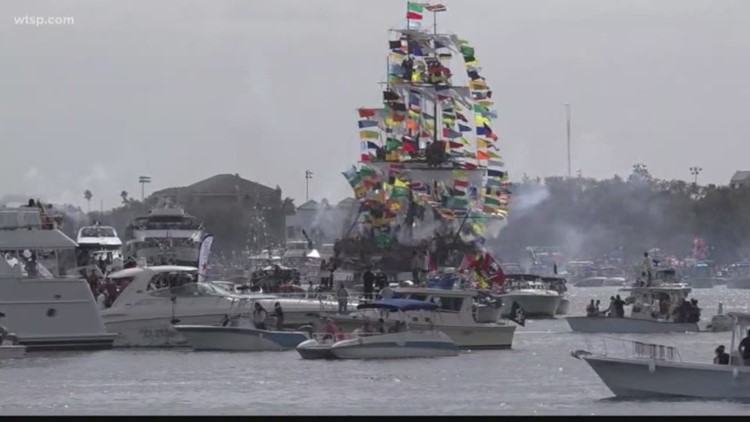 If you're wondering why the parade started late, we have learned there was an accident involving two buses carrying krewe members before the parade on the Selmon Expressway. There were two minor injuries.

The parade is continuing down Bayshore. Celebrity participants include Jon Stewart and Mario Lopez!

Forget walking the plank, these pirates are taking over Bayshore Boulevard!

The scallywags were seen tossing beads and other goodies from floats.

Cannons are firing and pirates are making their way into the streets.

Aargh, the pirate invasion has begun.

Jose Gaspar and his crew of pirates are making their way up Tampa Bay to invade the cities. Best be watching yourselves, mateys.