Meet the Gasparilla krewes: We talked to a professional women's krewe and a veterans krewe

Before we get ready to set sail with the Gasparilla floats, let's meet two pretty unique krewes. 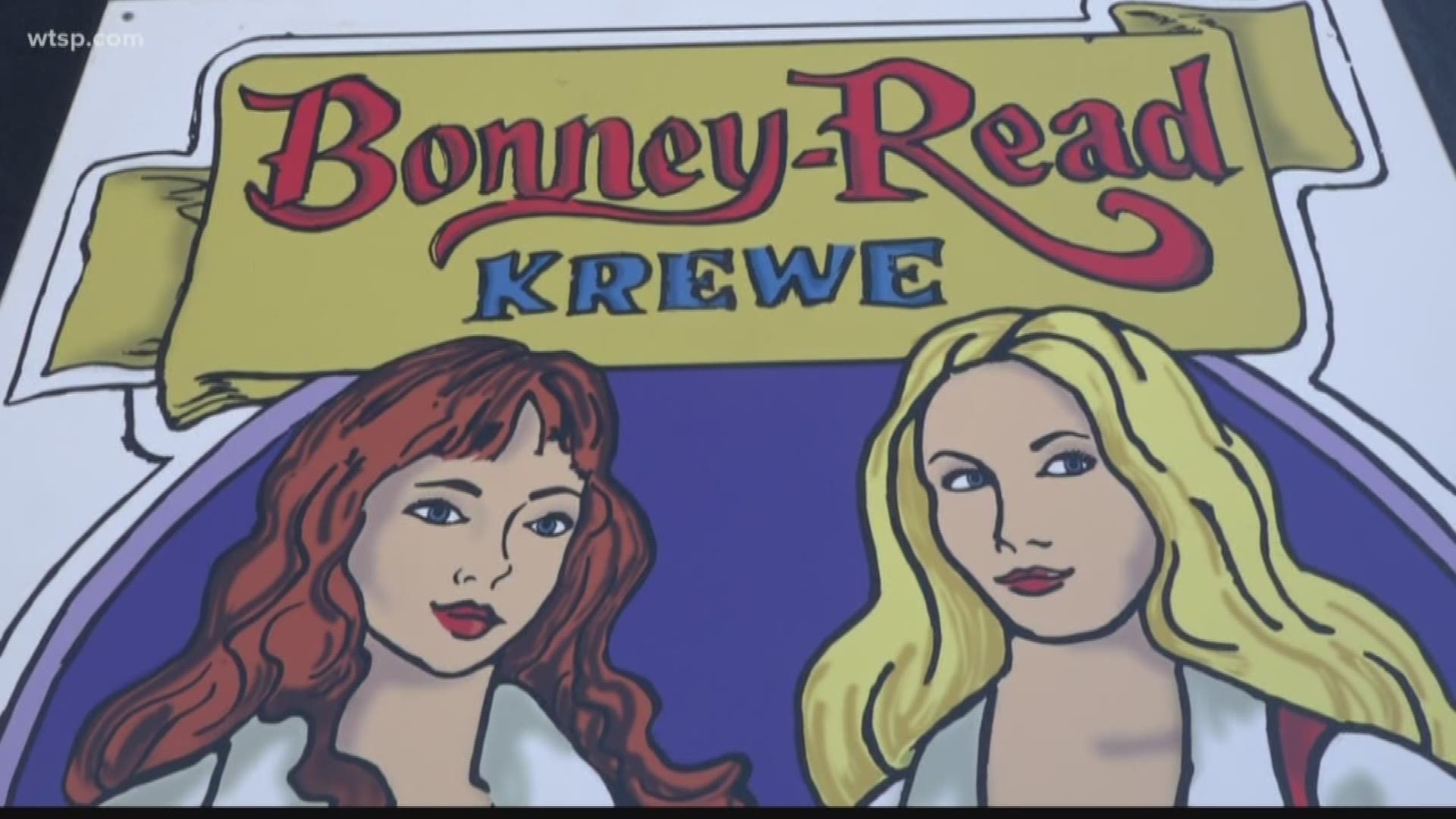 Before we get ready to set sail with the Gasparilla floats, let's meet two pretty unique krewes.

RELATED: Gasparilla gear: 8 places to get beads and pirate costumes in Tampa Bay

RELATED: 10 mind-blowing facts about pirates ahead of Gasparilla

RELATED: Gasparilla 2019: Where to park and go to the bathroom

What started as the Hyde Park’s Women’s Club transformed into an outlet for women to get together and have fun while contributing to society in August 1994.

“We started doing research as to pirates that women that we thought we would want to celebrate the lives of,” said Camille Matthews, the founder and director of the Bonny-Read Krewe. “The research brought us back to Anne Bonny and Mary Read, so we decided on them.”

The krewe adopted two skulls and two cross swords as their logo to represent the spirit of Bonny and Read.

“They were adventurous, maybe a little too adventurous, but women of spirit and wit -- and that’s the way our krewe is,” she added. “It was in the early 1700s, so women on a sailing vessel were unheard of and not really allowed.

"In fact, they wore pants and things so they could disguise themselves.”

Bonny-Read consists of mostly businesswomen and professional women from all walks of life and careers.

The krewe isn’t completely made up of women, however. The krewe has a men’s auxiliary, called the "grog masters."

“They carry our grog, make sure that we are well-stocked and supplied, have our beads and materials and supplies ready,” Clements added.

Ye Krewe of Valor doesn’t have a float.

“We have two military LMTVs provided by a National Guard unit and Army,” Bruce Ramos, vice president of Ye Krewe Valor said. “And they provide us with the vehicles and two drivers that we’ll decorate with our beads and our banner and our sponsorship banners as well.”

The idea for the krewe started out as a simple request four years ago for the Post 911 organization to get involved in Gasparilla. The idea came to life about a year later.

“We first started, because we wanted to reward people that are giving back to the community, both veterans and community members that support veterans,” said Tony Ramano, president of the krewe.

For more news and information about Gasparilla, click here.