Pirates filled the streets of Ybor for the Gasparilla Knight Parade

The Gasparilla Knight Parade in Ybor went off without any major problems Saturday night. 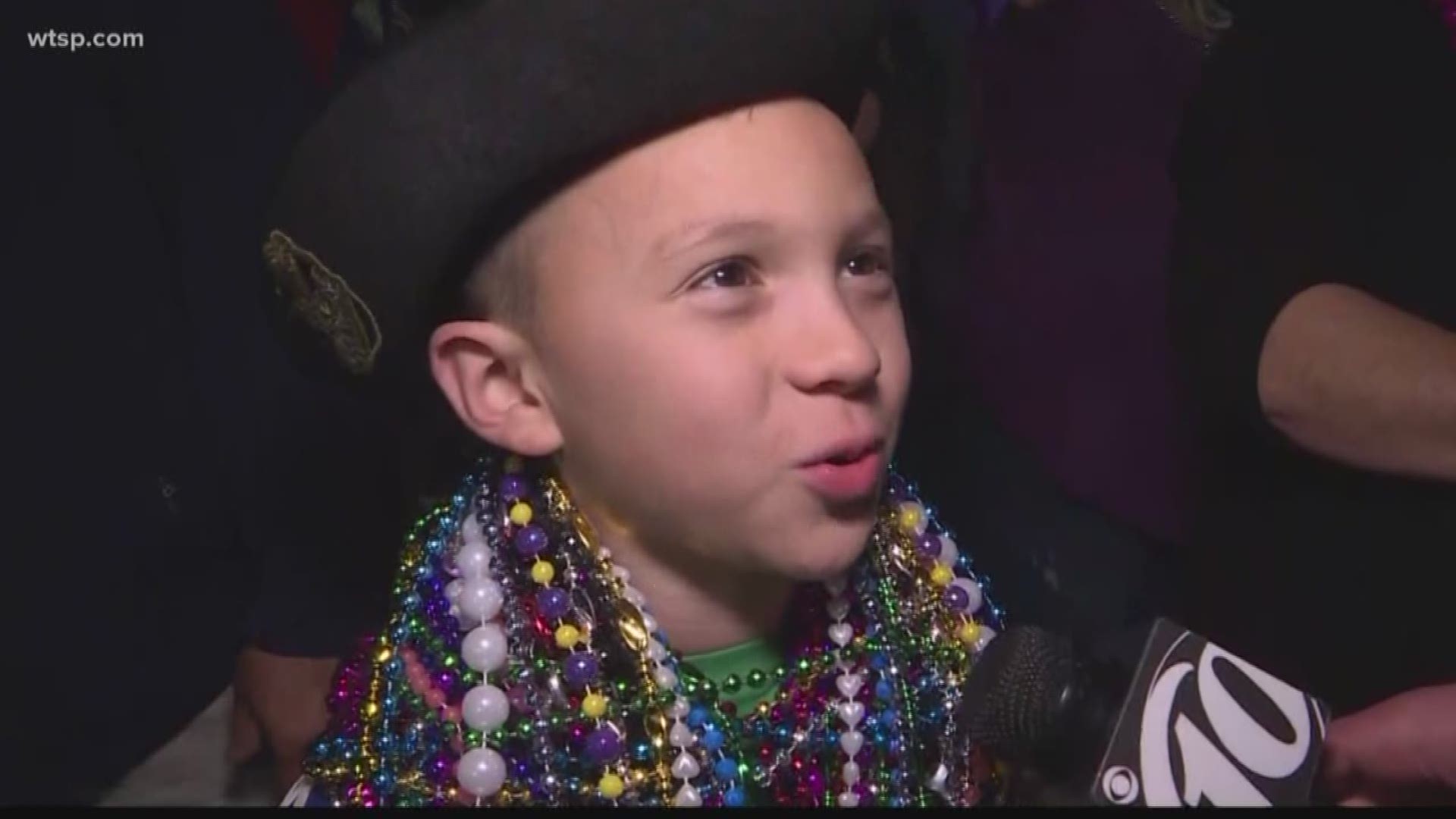 The Gasparilla Knight Parade is much smaller than the pirate invasion on Bayshore, but that doesn’t mean there was a shortage of beads.

The secret to collecting the most beads: “Just try to be cute,” according to Caeden Forgas, one of the younger people at the parade.

The parade went off without any major problems, thanks in large part to the Tampa Police Department. Chief Brian Dugan led the parade and handed out beads.

He was followed by Tampa Mayor Bob Buckhorn, who was celebrating his last Knight Parade as mayor.

There was a bit of drama on the route when one float apparently broke down. It caused a logjam down 7th Avenue but it was resolved in a few minutes.

People out here from some of the youngest to the ones who’ve been coming for years say it was a great event.

Now it’s time for cleanup. City crews with leaf blowers were gathering and picking up stray beads and litter in the street at the end of the night.