Pirates invade Tampa...and they brought the Stanley Cup with them

It was another spectacular Gasparilla invasion 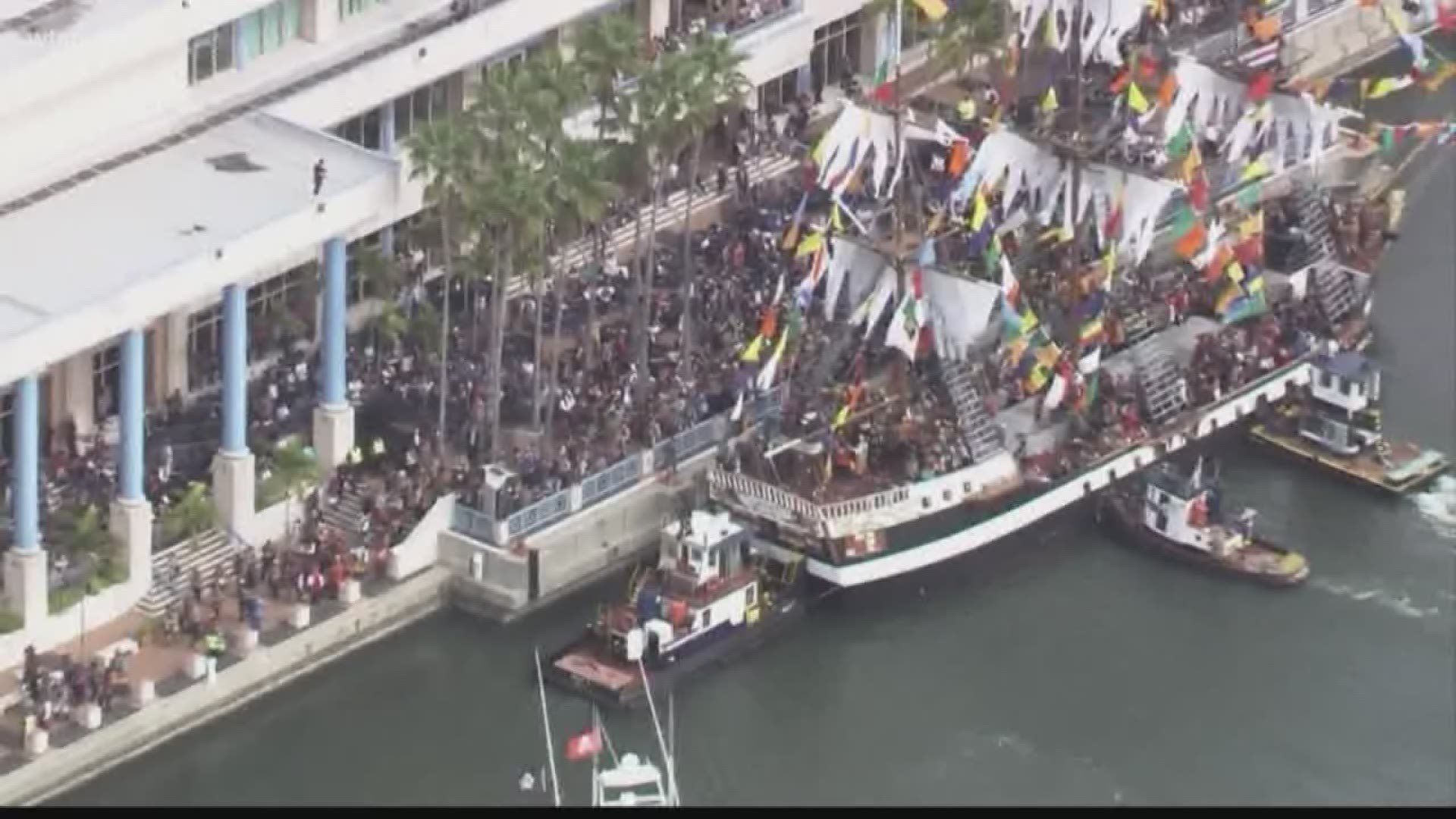 The pirate ship came down the Hillsborough River and invaded near the Tampa Convention Center.

The Ye Mystic Krew of Gasparilla took over the city from Mayor Bob Buckhorn and began the 4.5-mile victory parade, which started at Bay to Bay and Bayshore.

1 / 1
WTSP
Pirates pose for a photo for the Gasparilla Pirate Festival outside of the Tampa Convention Center on Saturday, Jan. 27, 2018.

Despite the large crowd, however, Tampa police reported few problems. Late Saturday they reported there was only one felony arrest, for battery on a law enforcement officer, and 19 misdemeanor arrests.

There was one civil citation, for having less than 20 grams of marijuana.

The Florida Fish and Wildlife Conservation Commission says it arrested 15 people for boating under the influence. 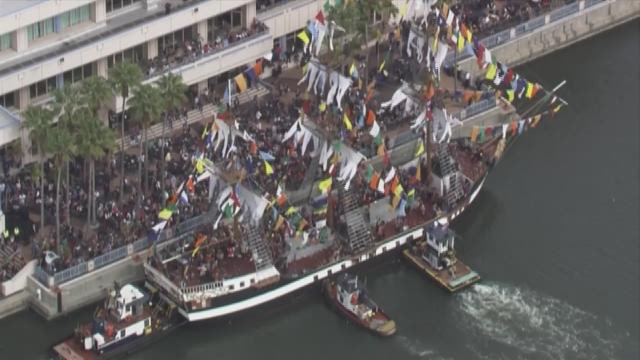 Related: Get a schedule, parking info, banned items and more

Previous: Traffic, parking and getting around on Parade Day

It’s a pirate party here at #Gasparilla2018! Are you here? Send your photos to #SendTo10 pic.twitter.com/tHqZf1J71U