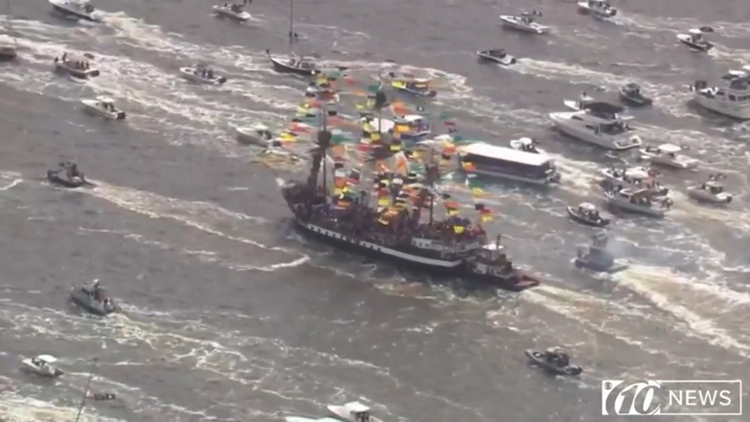 UPDATE: No charges for man who woman claimed pulled down her blouse at Gasparilla

UPDATE (May 10, 2019): Tampa police say they investigated the complaint and turned it over to the State Attorney's Office. Prosecutors decided not to charge the man.

"We are grateful to the Tampa Police Department and State Attorney's Office for their diligent investigation into this matter. From the first day, we have been forthright that this was a simple case of misidentification, and my client was simply not involved in any way in this incident. We are grateful that the State Attorney found that to be true as well. In their words: 'The evidence clearly indicated that the accused did not commit the offense.' With this matter behind us, my client looks forward to resuming his life."

Police have launched an investigation after a woman told them a man pulled down her blouse, exposed her right breast and used an ink stamp to mark it without her consent during the 2019 Gasparilla parade in Tampa.

The woman gave investigators a name and phone number for her friend who witnessed what happened and took a photograph of the man she claims is responsible. The picture shows a man wearing a pirate hat, facial paint and dark sunglasses.

The photo was also posted to a Facebook page, where commenters have been speculating about the man's identity.

Related: Gasparilla 2019: Here's how many people were arrested

"During the course of the investigation, Tampa Police have learned that the man who was identified as a possible suspect on a Facebook page had reached out to the victim via Facebook," the department wrote in an email to 10News.

Officers say he provided the woman with a phone number so they could get in contact with each other, but she gave that number to law enforcement.

"At this time Tampa Police have not been able to reach the man," authorities wrote.

Police said they were not releasing the name of the man or the woman, and the case is still being investigated.

As of Tuesday, no charges had been filed.