TAMPA, Fla. — The pirates are coming! Batten down the hatches and weigh anchor for the pirate invasion of the bay.

The Gasparilla Pirate Fest parade will set sail with the Children's Gasparilla Saturday, January 18 from 3:30 p.m. to 6 p.m. The parade will begin at Bay to Bay Blvd. and Bayshore Blvd. and continue north along Bayshore, ending at Edison Ave.

The code of conduct for the young pirates be family-friendly and pirates and event-goers are asked to keep the alcohol at bay for the pirates-in-training.

The main Gasparilla Pirate Festival officially kicks off on Jan. 25 when the pirates of Ye Mystic Krewe dock the Jose Gasparilla and head to Tampa City Hall to demand the key to the city from Mayor Bob Buckhorn.

Once the key is secured, the pirates will celebrate with the Parade of the Pirates down Bayshore Boulevard on Saturday, January 25. Avast! The invasion shall begin at 11:30 a.m. until 1 p.m. as Jose Gasparilla sets sail at the south end of Hillsborough Bay and north into the Seddon Channel until it docks north at the Tampa Convention Center.

The parade will stretch along the 4.5-mile parade route. The event is free to the public. Reserved seating and tickets for Gasparilla events are available. 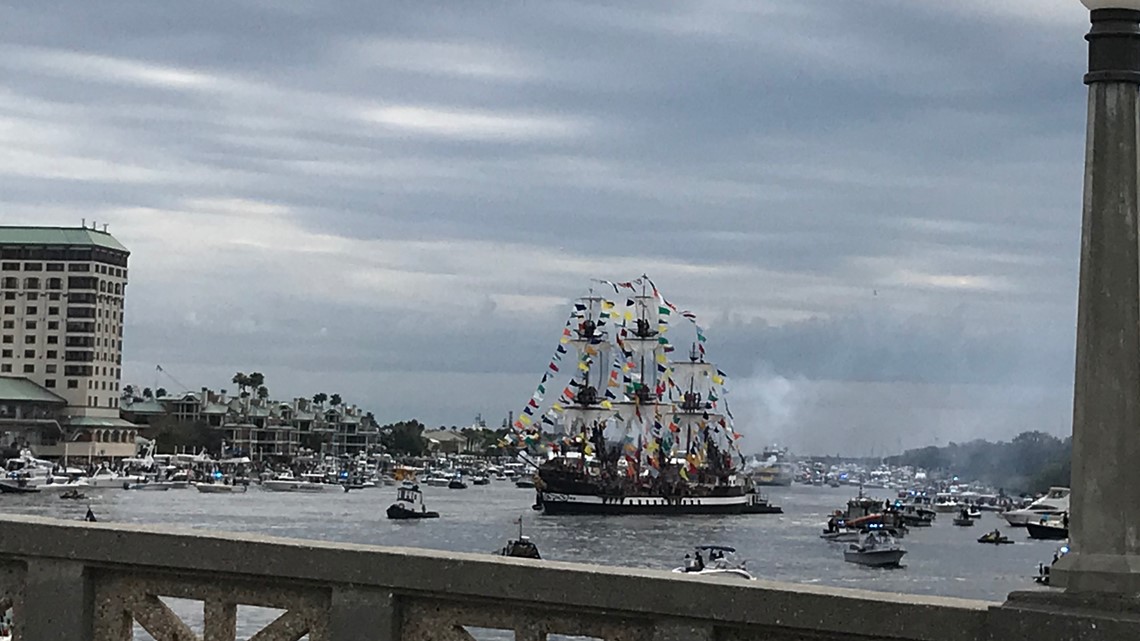