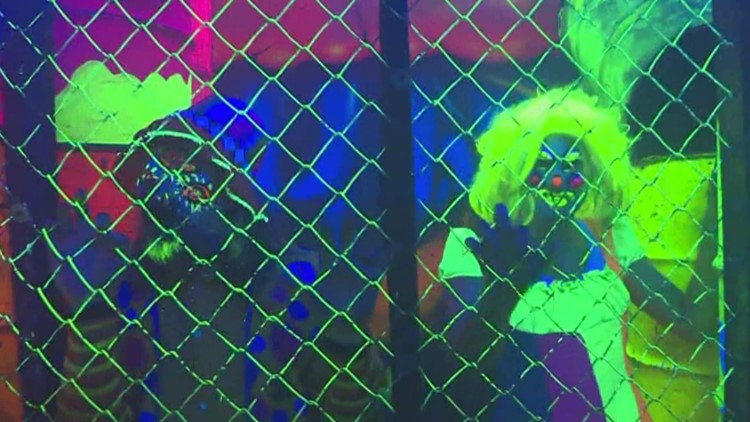 Scream-A-Geddon, Lightning Launch parties: 10 things to do this weekend in Tampa Bay

Scream-A-Geddon returns to Dade City for a fifth year with a monster midway, terrifying scare zones and a zombie paintball haunted hayride. This indie Halloween haunt is set in a creepy, rural part of Pasco County and also includes six haunted houses filled with more than 140 scare actors. New this year is Bonzo’s Beer Garden, run by a murderous clown into craft beer brewing. The only good news: his bar is stocked with local craft brews. The event runs Fridays and Saturdays and then every night Oct. 1 through Nov. 1. Tickets are $21.95-$35.95.

Preseason kicks off soon, and the Lightning are celebrating with three days of events starting Friday. Family Fun Night is Friday at Sparkman Wharf in Tampa with music, contests and a bubble hockey tournament. On Saturday, there will be a free public skate in Amalie Arena. There will be five 45-minute sessions and limited to 200 people for each. Sunday is the free Fan Fest at Amalie Arena with meet and greets with players, autograph stations, merchandise booths and a kids zone.

Halloween Horror Nights is back at Universal Studios for a 29th year. There are 10 haunted houses, five scare zones and two spooky shows to fill the night. Some of the most popular houses this include Jordan Peele’s “Us,” “Ghostbusters” and “Stranger Things.” Halloween Horror Nights runs select nights through Nov. 2. Single night tickets start at $67.99.

Also this weekend at Universal is the debut of “Dark Arts at Hogwarts Castle.” The show projected on Hogwarts Castle in the Hogsmeade area features villainous characters from the Harry Potter universe, including Dementors, Death Eaters and Lord Voldemort. There’s even a glowing Patronus spell effect created with lighted drones in the sky.

Horns Up Rally at Pier 60

The free event to get everyone in the USF Bulls spirit runs 5-8 p.m. Friday at Pier 60 in Clearwater. There will be appearances from Rocky the Bull and USF Spirit Squad along with live music, games, a kids zone, merchandise tents and giveaways.

Westfield malls in Citrus Park and Brandon will have Chase and Marshall from the popular kids show PAW Patrol. The first 200 kids get a free gift, and there will also be arts and crafts, face painting and free games. 11 a.m. to 3 p.m. Saturday, 8021 Citrus Park Town Center, Tampa, and 459 Brandon Town Center.

81Bay Brewing in Tampa hosts this event every second Saturday. The taproom will be filled with shiny muscle cars, hot rods, classic cars, motorcycles and exotic cars. You can even bring your own cool ride to show it off. The event is free, but food and drinks are separate.

The Hernando Fairgrounds hosts a train and collectibles show this weekend. There will be a running train layout for kids to enjoy and also dozens of vendors selling model trains, toys and diecast cars. Tickets are $5 for adults, kids 12 and under are free.

Members of MOSI, ZooTampa and the Florida Aquarium can swap their membership to use at any of the three attractions through the end of the month. And, over at Legoland in Winter Haven, the park is offering free single-day tickets for active and retired police officers, firefighters and EMS personnel. The deal is valid through the end of the month and includes being able to buy general admission tickets for up to four guests for half-off.