Where Dad gets in free, Dog Day at the Rays, World's Strongest Man: 10 things to do in Tampa Bay

The Rays also have a Pride Night, the Straz Center wraps up 'Rock of Ages,' and the Capitol Theatre hosts cheap summer movies. 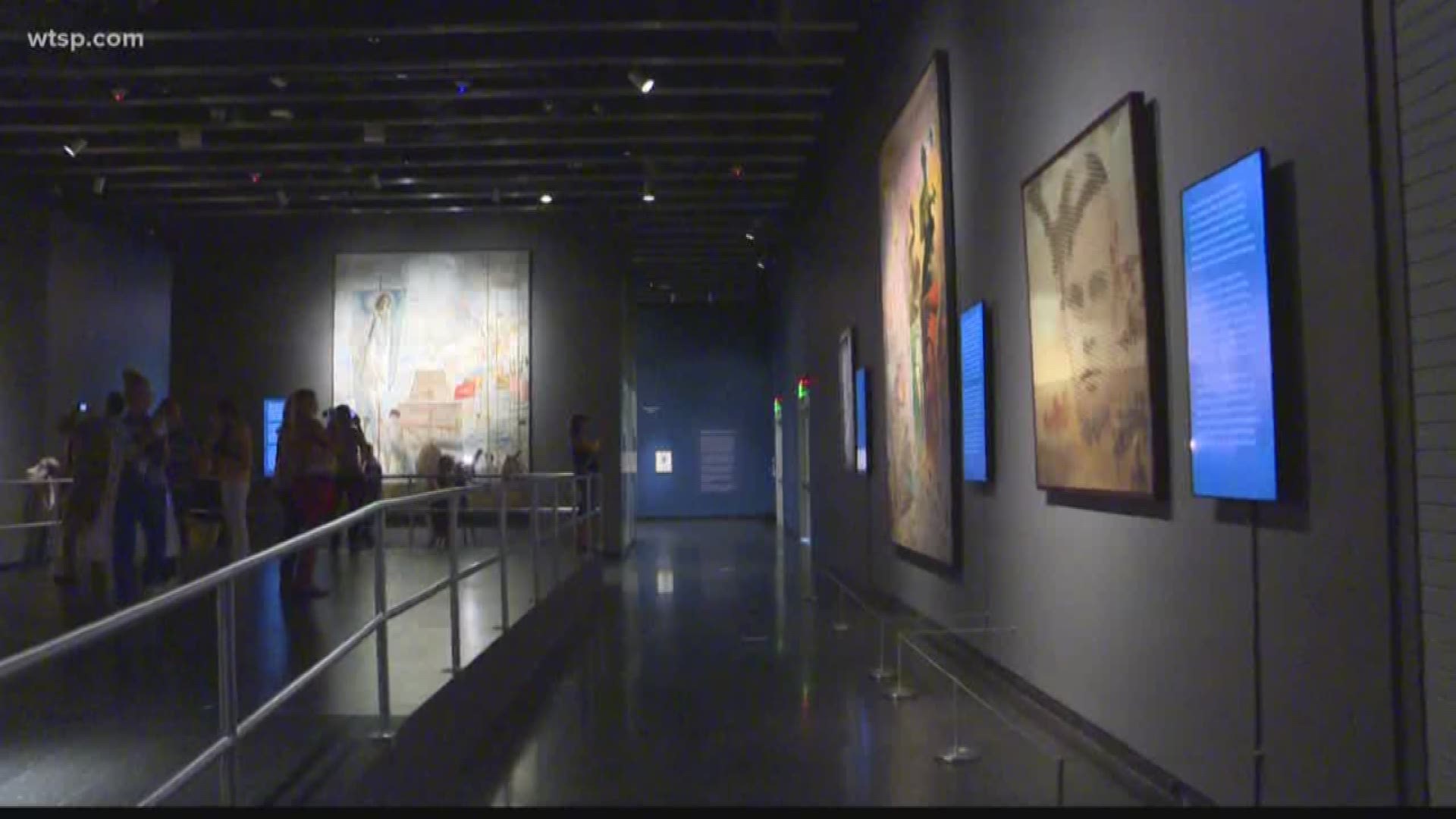 Where Dad gets in free

Celebrate Dad by taking him for free admission (with one paid admission) at the Florida Aquarium, the Chihuly Collection, Vertical Ventures, the Tampa Bay Automobile Museum in Pinellas Park, Tampa’s Henry B. Plant Museum and the Glazer Children’s Museum.

To celebrate LGBTQ Pride month, the Rays host Pride Night with $30 lower box tickets that come with a rainbow Rays hat. A portion of each ticket sold will benefit St. Pete Pride. The game against the Los Angeles Angels starts at 7:10 p.m. Friday.

Dog Day at the Rays

Bring your pup to the Trop Saturday afternoon for a $30 ticket to sit in the GTE Financial Party Deck and get a Rays Dog Day gift. The Rays take on the Los Angeles Angels again at 1:10 p.m.

Ready to rock? The Tony Award-nominated "Rock of Ages" showcases the spirit, leather and big hair of 1980s Hollywood. The show features music from Styx, Poison, Twisted Sister, Whitesnake and more. Tickets for the 10th anniversary tour start at $25.

Runs through Sunday at the Straz Center for the Performing Arts.

This huge dog show runs through Sunday at the Florida State Fairgrounds. Shows are hosted by St. Petersburg Dog Fanciers Association on Saturday and Sunday. There are “best in puppy” competitions, obedience training, a dock diving competition, a barn hunt and scent work, health clinics and local pet vendors. Tickets are $5. Doors open at 8 a.m.

The Dali Museum in St. Petersburg opened not one but three new exhibits recently. The first, "Visual Magic: Dali’s Masterworks in Augmented Reality," shows off some of Dali’s most well-known works in a trendy technological way. "Before Dali: Goya - Visions & Inventions" features first-edition prints and paintings from Francisco de Goya. Then, "Bronzes From the Vault" presents 20 rarely-on-display Dali bronze sculptures from the 1970s. The bronze display is already on display, and the other two exhibits open Saturday. They are all included with museum admission.

The Tachi Palace World’s Strongest Man competition runs through Sunday in Bradenton. Competitions on Saturday and Sunday are on Manatee Public Beach on Anna Maria Island. This year, "Game of Thrones" star Hafthor Julius Bjornsson is competing. According to the Bradenton Herald, “The Mountain” actor had an injury Thursday but came back and won the opening round of Friday’s deadlift repetition competition.

All events are free to attend.

Summer movies at the Capitol Theatre

The Capitol Theatre screens a slew of movies over the summer for just $5 a ticket. You can even upgrade your ticket to include unlimited fountain drinks and popcorn for $9. This weekend, catch "The Incredibles" at 3 p.m. Sunday. Upcoming movies include "Mean Girls," "Gone With The Wind," "Scream," "The Little Mermaid," "Paranormal Activity," "Moana," "The Matrix," "A Star Is Born" and "Inglorious Basterds."

Miss the Ringling Bros. and Barnum & Bailey circus? You can still see the Summer Circus Spectacular in Sarasota. The event, put on by the Circus Arts Conservatory, expands to eight weeks this year. There are 10 shows a week in the Historic Asolo Theatre at the Ringling Museum. $16 for adults, $12 for kids 12 and younger. Shows at 11 a.m. and 2 p.m. Tuesdays through Fridays; shows at 2 p.m. and 5 p.m. Saturdays. 5401 Bay Shore Road, Sarasota.

Though President Lincoln’s Emancipation Proclamation went into effect on Jan. 1, 1863, news of the end of the Civil War and that all enslaved people were now free didn’t reach Texas until June 19, 1865. Juneteenth is now considered the oldest celebration marking the end of slavery. Port Richey celebrates Juneteenth with a family festival at noon Saturday at the African American Club. 6105 Pine Hill Road.

St. Petersburg has a block party at 3 p.m. Saturday with a street festival, a vendors market, storytelling, a food truck rally, dancing and a flash mob. 2240 Ninth Ave. S.