The Millington native and Memphis superstar said he wrote the song "Better Days" a few months ago with Ant Clemons. 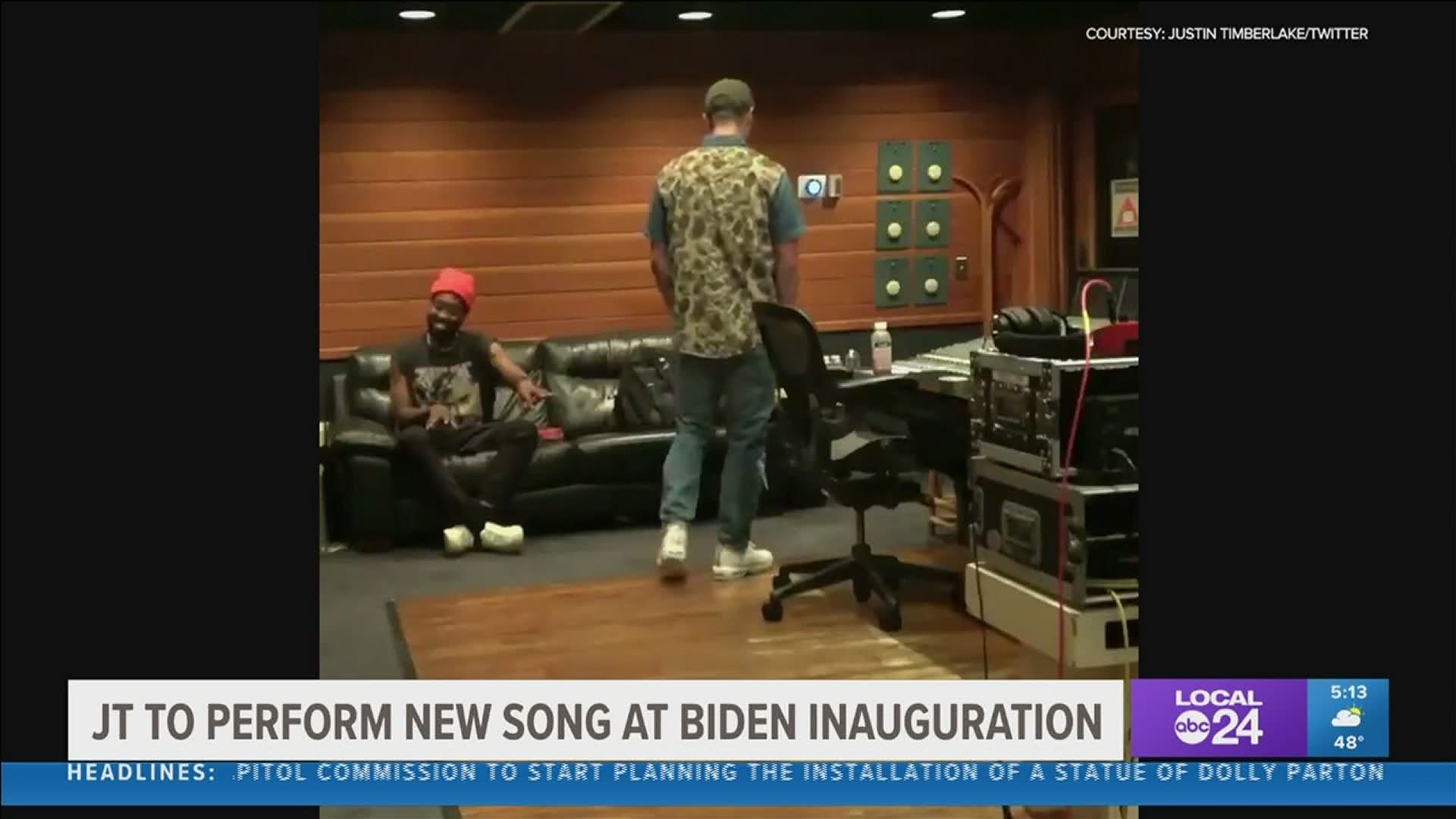 On Twitter Wednesday, JT said he wrote the song “Better Days” with Ant Clemons a few months ago. The tweet goes on to say, “This song was our way of doing what little we could to encourage everyone to stay hopeful and to keep working towards a better future. I’m honored to announce we’ll be performing it for the Inauguration.”

Others who are slated to perform or appear during the live “Celebrating America” special the evening of the inauguration on January 20th are Demi Lovato, Jon Bon Jovi, and Tom Hanks.

We have a long way to go to fix, undo, and rebuild this country... but I hope now, despite the past four years, we’re on our way 🙏🏻

Credit: AP
This combination photo shows musician Jon Bon Jovi performing at the Samsung Charity Gala in New York, Nov. 2, 2017, from left, Justin Timberlake performing during halftime of the NFL Super Bowl 52 football game in Minneapolis on Feb. 4, 2018 and Demi Lovato performing in London on June 25, 2018. Bon Jovi, Timberlake and Lovato will perform at a 90-minute primetime TV special celebrating the inauguration of Joe Biden as president of the United States. (AP Photo)