The Cypress Gardens ski show started in 1943 and until the theme park closed in 2009 was the longest-running entertainment production in the world. 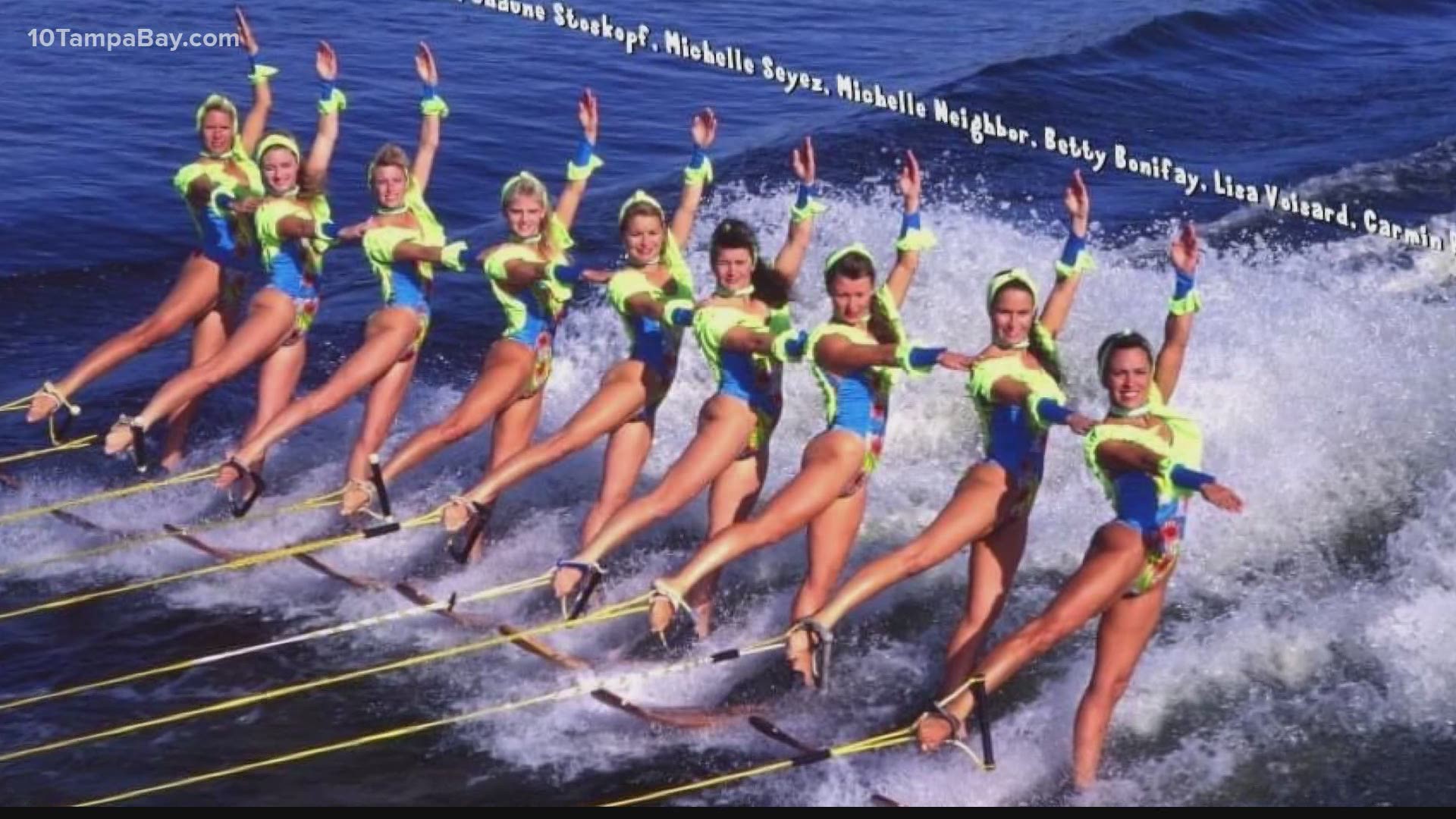 TAMPA, Fla. — Legoland launching a new ski show thrilled many Floridians after the famous Cypress Gardens ski show closed down back in 2009.

"I started working there in 1978 and I worked until they closed the first time in 2003," Nancy Daley, a 25 year veteran of the Cypress Gardens ski show said. "We were a very close-knit team and we were more like family. We had to trust each other because of all the intense stunts we did."

During the show's 66 year run, millions of Floridians and tourists were thrilled by their stunts and many of the water ski tricks you see in shows today were created by them.

"We did a lot of innovative things in the ski show like the four-tier pyramid, five-tier pyramid, 360 swivel lines, jump acts, seven-man flips, eight-man flips there was always something innovative going on and there was nowhere else in the world that was doing the kind of caliber skiing that we were doing," Daley said.

The attraction so popular, Donna Mollica who got married at Cypress Gardens in 1979 remembers it like yesterday.

"To be one of the Cypress Gardens skiers you were the epitome of an athlete. You knew how to do everything on the water. Sometimes they even held apparatuses in between their legs so they could free their hands to lift people on their shoulder, it was incredible," Mollica said.

The show peaked before Walt Disney World and other theme parks opened but once those arrived crowds dwindled forcing the longest-running entertainment production in the world to close in 2009. But more than a decade later as Legoland launches its new ski show, Daley is happy to see it happen.

"I'm reminded of the old adage: find something you love to do and you'll never work a day in your life and that's how I felt about it. I loved what I did and did it for 25 years. I was very happy to be able to do that in my life, it's a fun legacy to have," Daley said.