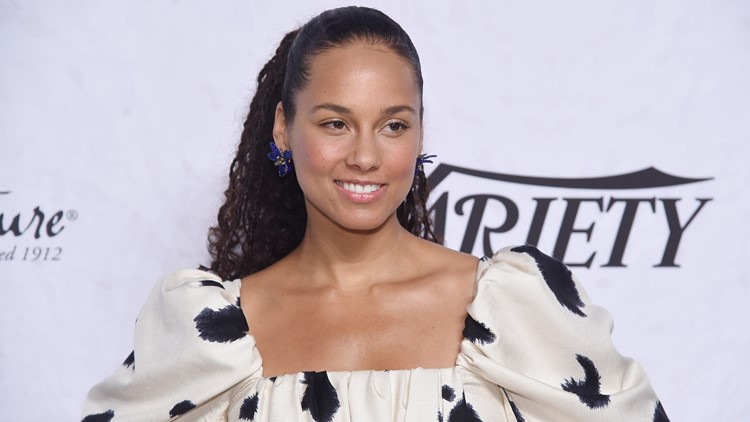 It marks the first time Keys will host the broadcast.

In addition to her singing and songwriting, Keys is an accomplished actress, author, producer, entrepreneur and activist.

“Alicia is one of those rare artists who melds true musical genius with heartfelt emotional lyrics to create a unique approach to everything she does. We have no doubt that she’ll bring all of that as she guides millions of GRAMMY viewers through what we believe will be a very special show in February,” said longtime GRAMMY Executive Producer Ken Ehrlich.

Keys said she was going to bring a strong vibe and energy to her hosting.

"I'm so excited to be the master of ceremonies on the biggest night in music and celebrate the creativity, power and magic. I’m especially excited for all the incredible women nominated this year! It's going UP on Feb. 10!" said Keys in a statement.

The Grammy’s will be held on Feb. 10 at the Staples Center in Los Angeles. You can watch the show at 8 p.m. on 10News.

The news comes after comedian Kevin Hart confirmed earlier this month he won’t host the Academy Awards despite backing from Ellen DeGeneres.

Hart backed away days after he was named host last month when some anti-gay tweets he had made a decade ago resurfaced.