Lizzo orders her signature 'freak shake' ahead of her Tampa show

Blame it on her juice, ya-ya-ee? 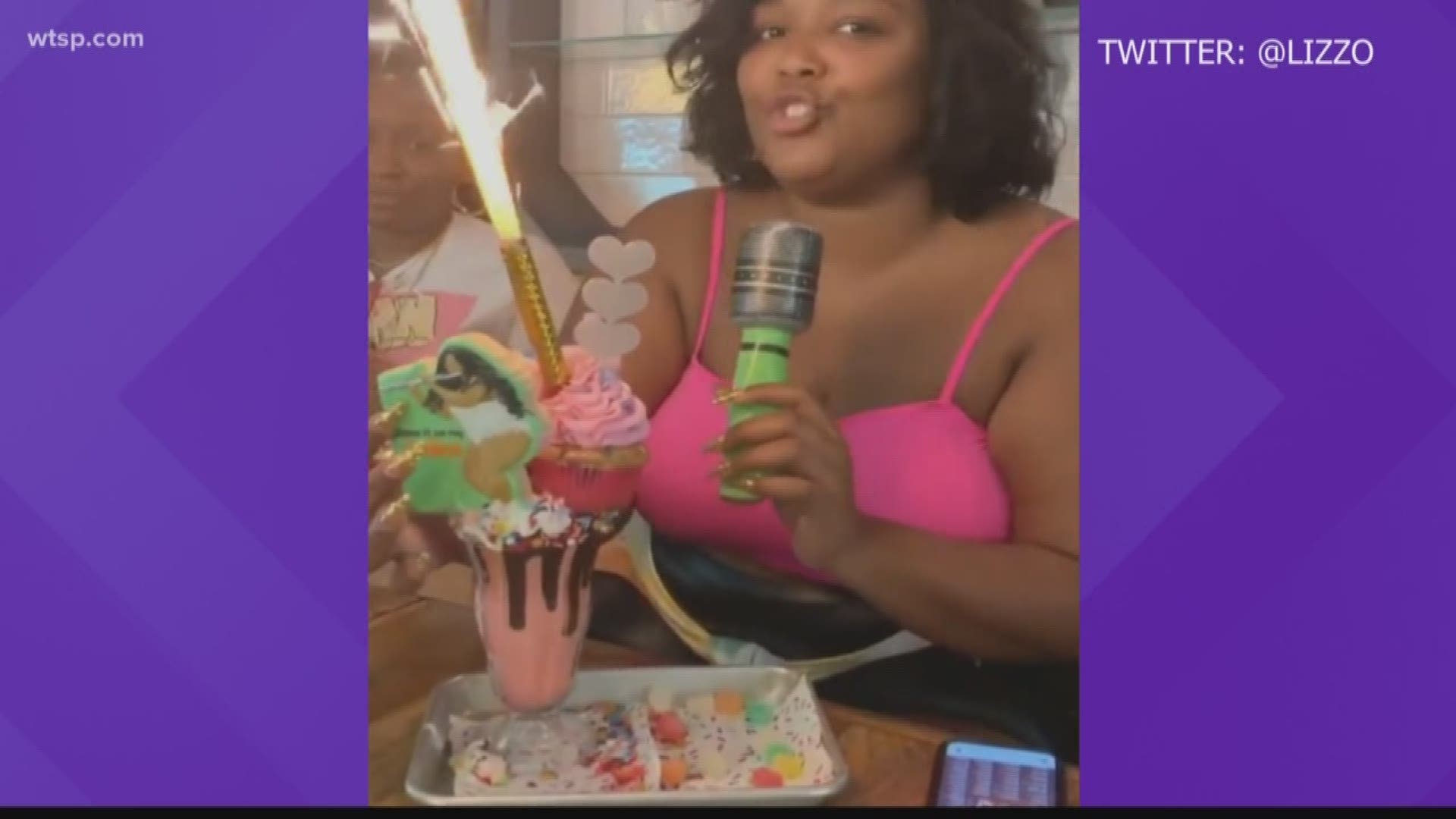 TAMPA, Fla. — Rapper and songwriter Lizzo enjoyed herself in true Lizzo fashion Tuesday ahead of her Tampa show.

Blame it on her juice, ya-ya-ee? Except, in this case, she enjoyed her very own signature "freak shake."

Julie Curry, the owner of Bake 'n Babes on Franklin in Tampa Heights, tells our partner at the Tampa Bay Business Journal she fashioned the month of September's freak shake off the hip-hop star. It was realized after she discovered the singer would be performing at the Yuengling Center Tuesday evening.

Editor's note: The tweets in this article may include offensive language which might be considered offensive to some.

Curry says she's been a fan of Lizzo even before her rise in popularity this year. She said she aksed Tampa baker Petey Cake for 50 of the Lizzo cookies. Since Sept. 1, she has sold 121 of the $20 shakes.

What could make this high demand even better?

Lizzo herself graced the shop with her presence and captured a video of her singing next to the shake, tweeting, "100% THAT B**** MILKSHAKE."

It only made it better she made the Lizzo-inspired cookie dance while she smiled and sang into the microphone prop included with the freak shake.

The city of Tampa even tweeted its approval, saying, "@lizzo had to stop by @BakenBabes before her show to order her signature Freak Shake!"

What does Lizzo's signature shake consist of?

Fruity Pebbles cereal milk-flavored shake with sprinkles around the rim, a cookie shaped from Lizzo herself, a glitter-frosted cupcake, cotton candy and a lollipop, along with a souvenir inflatable microphone.

Curry tells the business journal it has a limited supply of the shake, with a limited amount expected to be available until the end of Tuesday.

RELATED: Shaking things up for Lizzo

RELATED: Why Lizzo's 2-year-old song may still qualify for 2020 Grammys