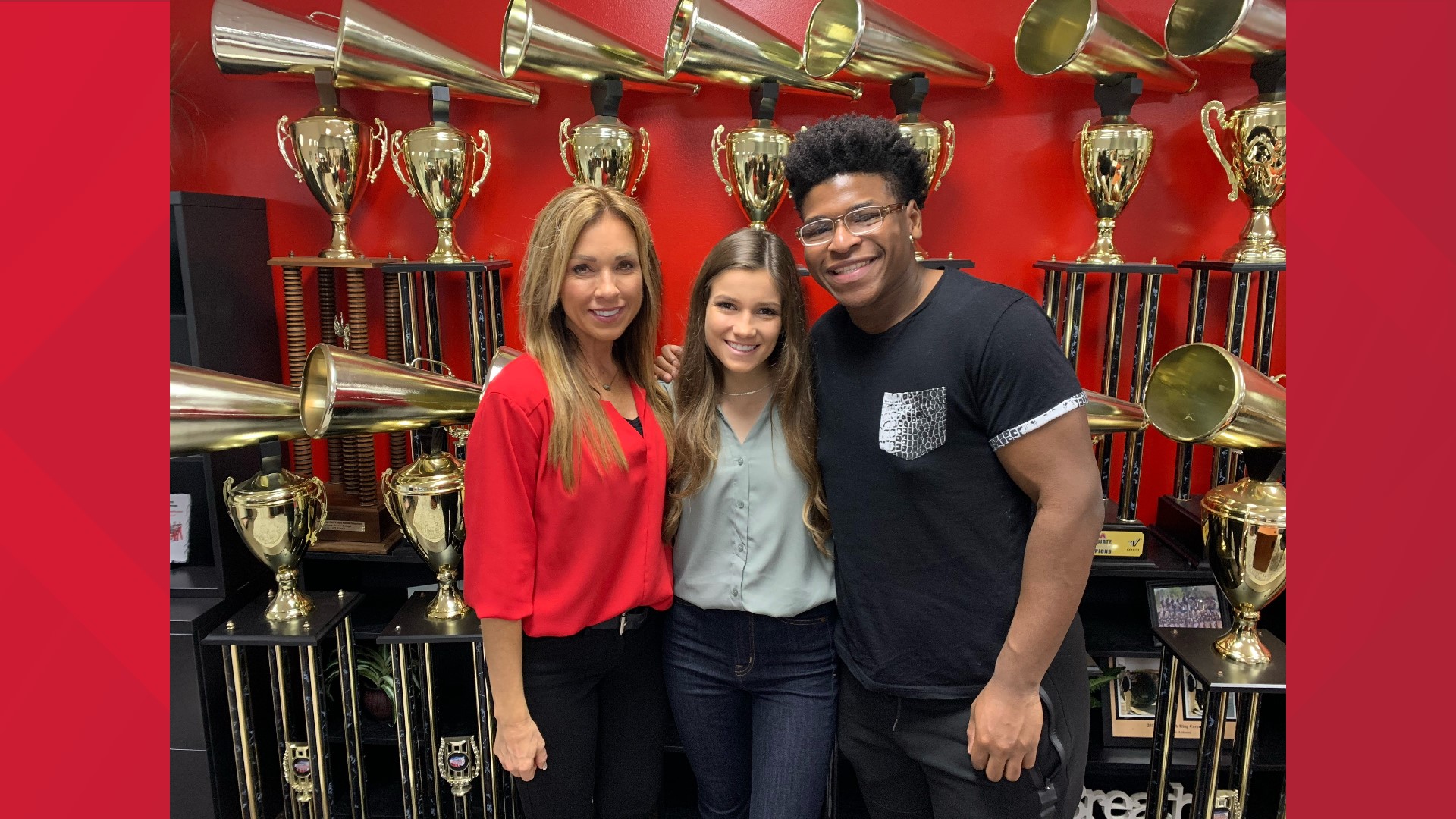 Netflix released a six-episode docuseries highlighting the good, the bad, and the gruesome that goes along with collegiate cheerleading. "Cheer" filmed the team from January to April of 2019 for 12 hours per day.

Not only did Netflix focus on the cheerleading aspect of the program, but also the backgrounds of several of the athletes.

Monica Aldama built the program from the ground up. She became the head coach in 1995 and expected to hold the position as a short-term job.

"I am so competitive and I wanted to be the best of the best," Aldama said. "Once I got here, I fell in love with it and I can't see myself ever giving it up."

With how high her success rate is, Aldama attracts the highest skilled cheerleaders in the country to Corsicana, a city just 50 miles north of Waco.

"We don't have the big city or the big football. People come here just for the competitive cheerleading," Aldama said.

"I knew this program was the best in the country and I knew how good Monica was and I really wanted to be coached by her," said Morgan Simianer, one of the star athletes featured in "Cheer."

Simianer said Aldama is not just a coach to her, but a second mother and a role model. Coming from a bad past in Wyoming, Simianer needed the stability the program has to offer.

"I was in a really dark place when I got here," Simanier said. "Monica and this team have grown me into the person I am today."

Many of the athletes have similar stories to Simianer and need the program for more than just cheerleading.

"I had no idea it would be like this, these kids need so much more than just a coach," Aldama said.

"Cheer" focuses many of its episodes on the personal lives of the athletes and the role Aldama has played in shaping them.

Navarro Cheer is more than just cheerleading, it is the way they live for each other that makes them so successful.

"You have to have a good attitude. That goes for everyone on the team," team member Jerry Harriss said. "I just want to see everyone succeed, sometimes more than myself, so I put my teammates before me."

The team trains twice a day, three times a week leading up to the NCA Daytona Nationals, where just half the team will make 'mat,' which means only 20 of the 40 members will be able to compete. The others are used as alternates.

While the rings, jackets, trophies, and banners are what the athletes work so hard for all year long, it's the family they become a part of that makes them true champions.

"This team is my family and will always be my family," Simianer said. "It's everything I could have wanted and more. It's incredible."