100 women give $100 each to support local nonprofits 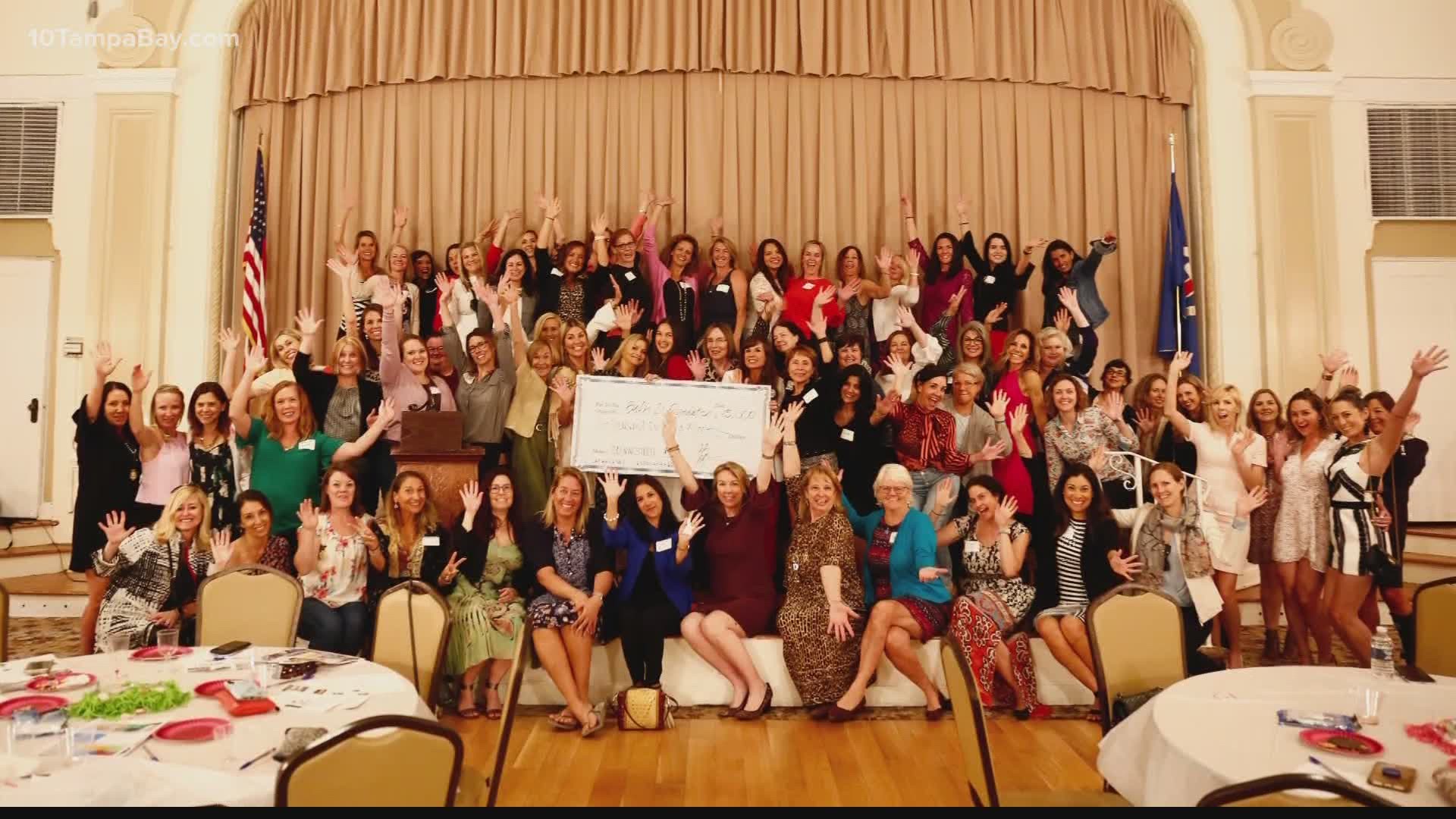 ST. PETERSBURG, Fla. — Kay Dillinger still remembers the amazing feeling when she was handed a check for $15,000.

“I’m not a professional speaker, so my hands were sweating,” she said. “It’s a day I will not forget.”

“We focus on making the maximum positive effort for our community,” reads the group’s website. “We provide a learning opportunity about our community services and nonprofit financial awards with a goal to give away $10,000 in one hour.”

Dillinger operates a nonprofit called the Beth Dillinger Foundation. It was established after the 2007 death of Kay’s daughter, Beth. The foundation helps provide support and education to youth in need, according to its website.

Dillinger used her $15,000 she received from the 100 Women Who Care St. Pete group to provide more than 1,400 meals in Pinellas County.

“It makes me extremely humble and grateful that there are so many good people in our area that want to do something for those in need,” she said.

All possible because of 100 women all chipping in to help others.

“They are doing a wonderful thing for our community, and this is needed now more than ever,” Willa Powless said in an email.

The first event at Snell Isle Women’s Club in March was a major success. Dillinger was one of three finalists, chosen from nominations from the community, to speak and present their case as to why their nonprofit was worthy of the grand prize of $10,000. It was hard to tell who was more excited, the recipient or the donors.

“When you join together and give $10,000 to an organization that makes a bigger impact on them,” said Sarah Perrier, a local entrepreneur who operates Kahwa Coffee Roasters. “It’s kind of great to be able to be a part of something like that.”

That’s why the group is working so well even during the time of a pandemic. The second meeting, in May, was trickier to pull off during stay-at-home mandates and voluntary lockdowns. Ultimately, the 100 Women split the money between three nonprofits.

The new nominees were chosen as finalists last week by the selection committee. The Resurrection House St. Petersburg, Children's Dream Fund, and the Sanderlin Center are in the running for another $10,000 gift from the community donors.

“$100, you know, you spend that on a night out in St. Pete,” said Laurie Stogniew, founder of Bayshore Marketing Group, “So, to me, it was a no-brainer. In fact, I’m even more intrigued to even donate more.”

“Word of mouth is so important for non-profits,” said Dillinger. “There are a tremendous amount of good ones in our community that provide a service that is greatly needed.”

Nominations for the fourth quarter are being accepted now. The announcement of a winner is planned for Nov. 17. If you’d like to be considered as a recipient, your nonprofit can apply online.