Neal Desch wants to grow and give away 10,000 sunflowers. It took him over a year to achieve his goal of giving out 1,001 trees. He crossed that mark on Oct. 9. 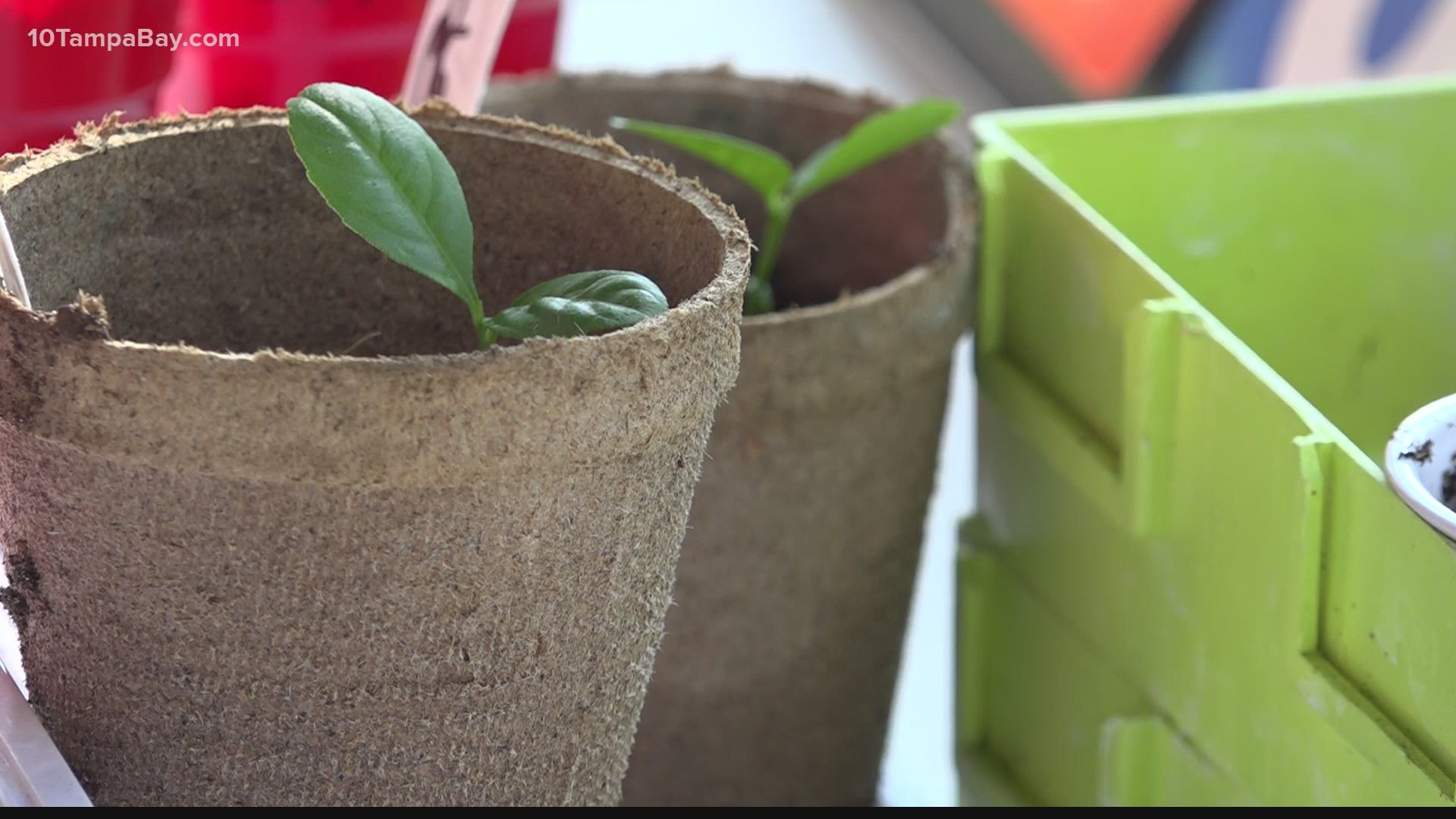 ST. PETERSBURG, Fla. — Neal Desch knew the day would come. The pandemic pushed back the finish line, but he finally made it.

“We hit the 1,001 trees,” he said with pride. “There was an eight-week gap in there where we were quarantined, and we couldn’t give anything out.”

The St. Petersburg man, rain or shine, spent over a year out in front of understanding local businesses giving away free plants he grew at home from seed. The tiny trees, still small enough to fit in a cup, were given away beginning in August 2019. Desch and his partner, Suki Kaur, embarked on the journey together.

“It’s something that I love to do and I’m keeping it up in honor of my best friend,” said Desch.

Desch and Kaur called their mission the 1,001 Tree Project. He’d originally planned to give away 1,000, but that name was already taken online. So, he just added another tree to his goal. On Oct. 9, he posted a triumphant photo on his Facebook page. He stood in front of the Brass Bowl restaurant with a young woman and a sign which read "1,001."

“Elizabeth got a plumeria,” said Desch. “She got it for her grandmother and now I’m so thrilled.”

Kaur didn’t see the finish line. She passed away in December. Her favorite flower was a sunflower. So, after her death, Desch decided he’d start giving those away, too. So far, he’s nearing the 700 mark of flowers given away.

“Our new project is to be 10,000 sunflowers,” he said with a smile, wearing a blue shirt with a bright, yellow flower across the chest. “The kids are more interested in the sunflowers.”

Kids are Desch’s favorite “customers." He doesn’t ask for money. He simply wants to give away the tiny plants to brighten the days of passersby. Many people stopped to pick up flowers on Thursday. Desch usually gives away 40-50 sunflowers per day over the course of four hours. He has given away over 60 plants in a single day.

“I tried sunflowers a couple of months ago and that went over real big so we’re transitioning into sunflowers," Desch said.

Kelley London picked up a flower Thursday morning. She was a little concerned about keeping it alive. Desch gave her a few tips as she selected one from a tray of tiny buds.

“I wasn’t expecting to come by and get a sunflower,” she said. “I love flowers in my home.”

People like London give Desch confidence that he’ll meet his 10,000-sunflower goal.

Local businesses have gotten behind Desch’s mission. The Brass Bowl Kitchen has been giving him avocado pits for months which Desch takes home and plants. Executive chef Stephen Hiance was there when Desch gave away his 1,001th tree and posed for a photo. He also took home Desch’s first sunflower.

Desch says he knows Kaur would be pleased that so many people have helped reach the 1,001 goal and thinks she’d love the 10,000 sunflower idea as well. However long it takes, he’ll be patiently sitting and offering flowers to pedestrians until he meets his next goal, too.

“He brings the joy that a lot of people forget to bring to their daily life,” said Hiance.

Desch gives out flowers from 10 a.m. to 2 p.m. in front of the Brass Bowl on Fridays and by Enchanted Notions on Central Avenue on weekends. He also goes to the Gulfport Art Show the first Friday of every month.