Pamela Dixon started A New Direction in 1998 in Michigan and continued her mission to help addicts in 2012 after moving to Florida. She houses 75 people in St. Pete. 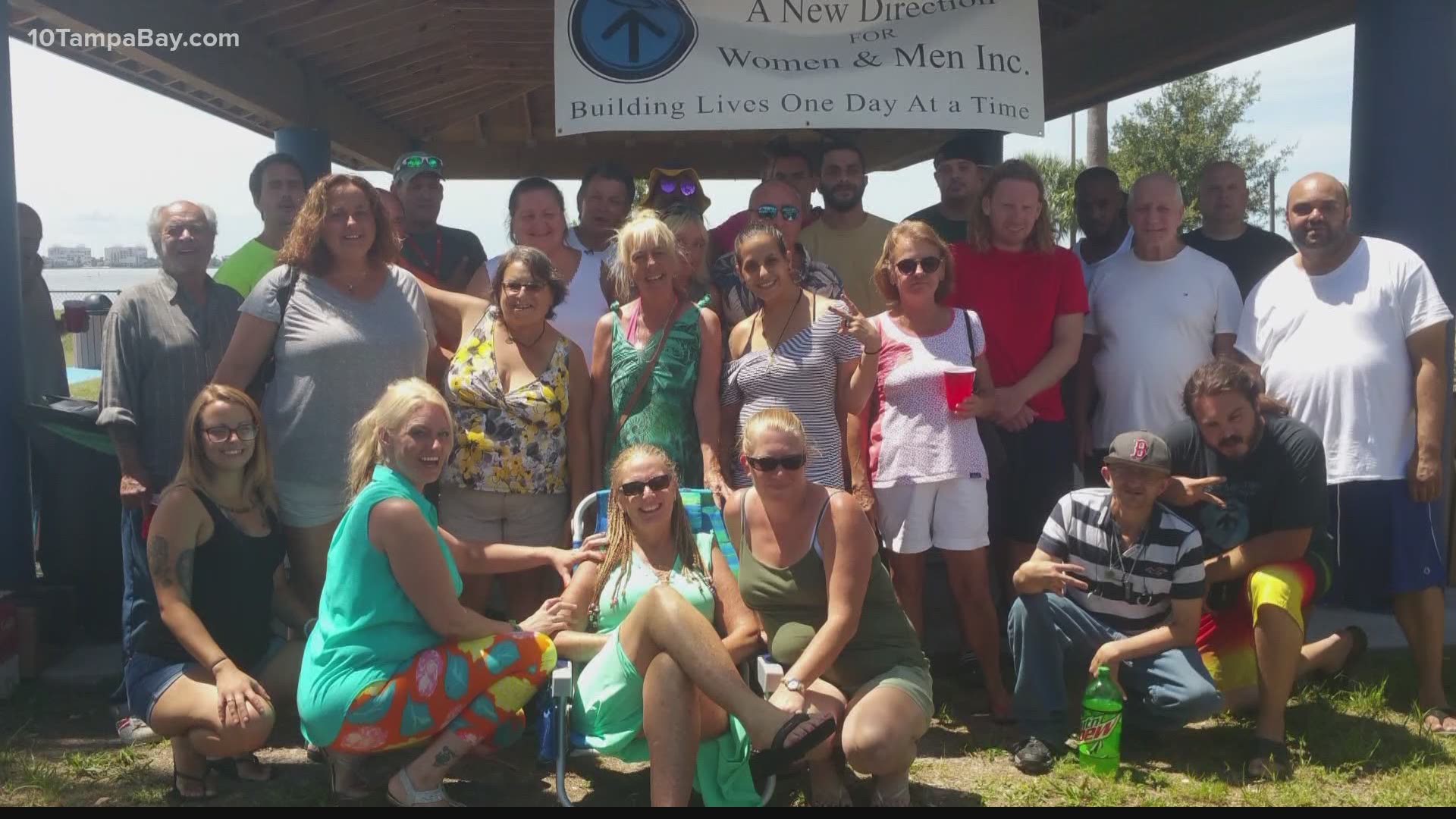 ST. PETERSBURG, Fla. — Pamela Dixon remembers her darkest days when all she was chasing was her next high.

“I smoked more crack than you can imagine,” the St. Petersburg woman said. “Never thought in a million years that it would take me to the place that it did. It was so degrading.”

She was homeless and jobless. She gave up her marriage and two children. She got caught selling drugs and is now a convicted felon. She recalls the day a judge told her she’d spend no less than three years in prison the next time Dixon stepped foot in the courtroom.

“It was the worst monkey I’ve ever had on my back, ever,” she said. “I gave up everything to feed this insidious disease of addiction.”

Dixon eventually found shelter in an abandoned house. She borrowed a phone and called a rehab program. She enrolled and started a journey to much-needed sobriety.

“There is help available. You don’t have to die to the horrors of addiction,” she said.

After getting clean, while living in Pontiac, Michigan, Dixon started a program for women recovering from addiction called A New Direction in 1998. The need was great. So was the response, too.

“They say the proof is in the way you live,” said Dixon. “This is not an easy task. It can be a very emotional rollercoaster.”

In 2003, she added a program for men. A few years later, when the economy took a downturn, she lost properties to foreclosure. She eventually moved to Florida in 2009 and intended to take a break from the recovery business. It was too draining to continue.

“My dad told me, ‘Pammy, you’re never going to be without work,'” she recalled. “The disease of addiction is not going to go away.”

But she was called back to it in 2012. Drug issues had always been a struggle for her. Helping others overcome those same struggles was important to resume.

Substance abuse has only intensified during the COVID-19 global pandemic. A mid-August CDC study showed that over 13 percent of respondents experienced increased substance abuse in 2019. The study also uncovered that more than twice as many people considered suicide compared to the same period of time in 2018.

Dixon has seen that play out her neighborhood, too.

That’s a big reason why she’s finding increased importance in the mission of A New Direction. She currently offers “transitional housing” for 75 people spread across 10 different locations. Both men and women receive treatment in Dixon’s program aimed at getting people away from reliance on drugs and alcohol.

She’s had to adapt her methods a bit because of COVID-19. Many treatment sessions have been moved online instead of in-person over the past eight months. She’s raised money to purchase computers for her properties so they could take treatment classes via ZOOM conferences since March.

“We have had zero, zero, cases (of COVID),” she said proudly. “The doors of the 12-step programs are just now starting to open up due to COVID. Nobody could just walk into a meeting.”

The desire to help her neighbors get clean and away from the grip of addiction she herself knows so well drives Dixon to keep pressing on. She’s even consulted with St. Pete leaders about starting a street ministry to spread the importance of recovery across the city.

“We help people and they achieve things. We have women … who are no longer walking the streets prostituting,” said Dixon.