John and Amber Easterday welcomed baby Aiden during a wild afternoon of boating. 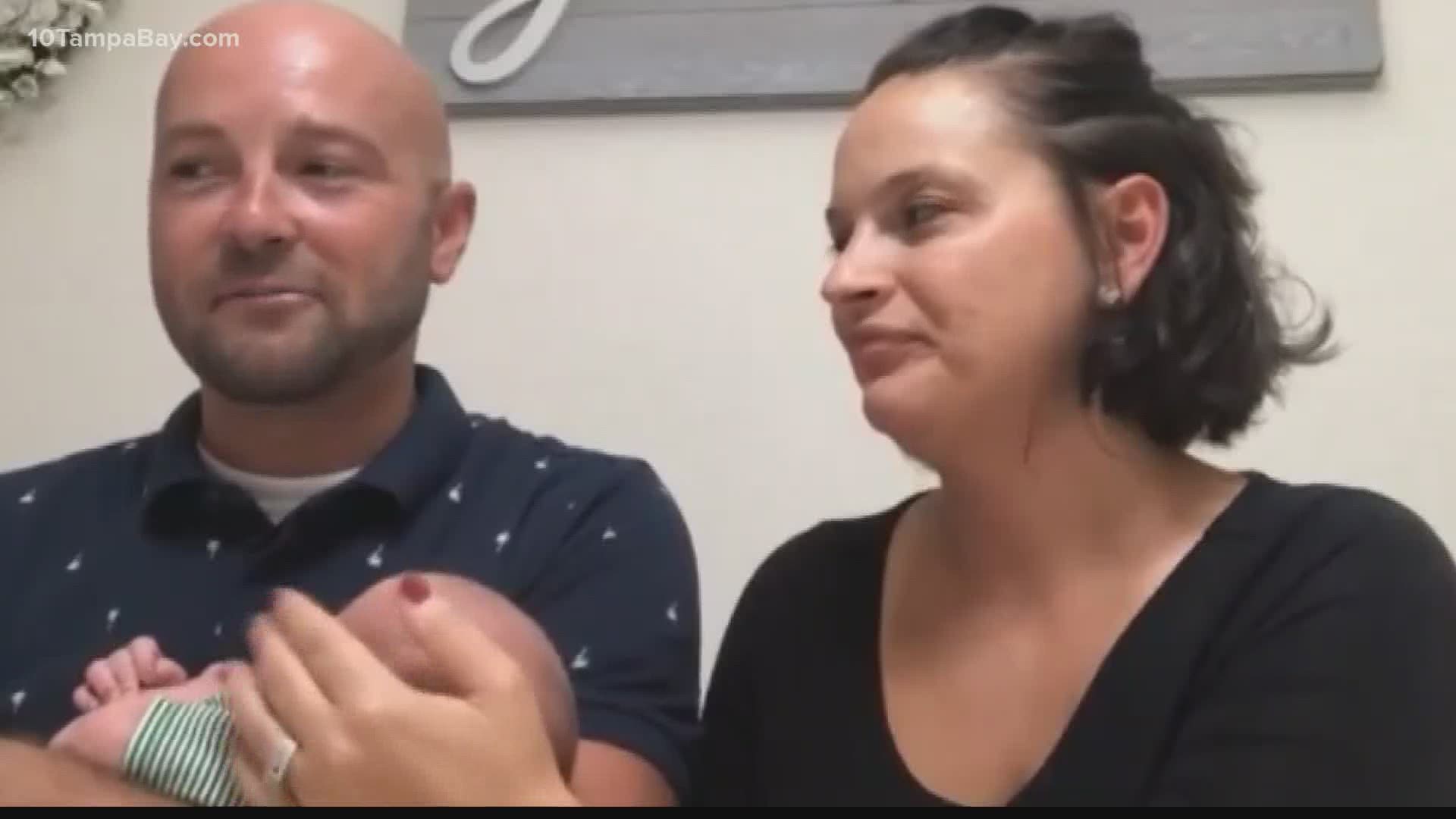 CLEARWATER, Fla. — Aiden Easterday will have quite an interesting story to tell someday. The little boy was born in the middle of a rainstorm on the 4th of July.

“I was feeling a little pain but nothing like I thought something was going to happen,” said his mother, Amber.

Amber’s husband, John, has always been a fan of boats. He grew up boating and has been trying to convince Amber to buy one for the family.

“That wasn’t happening,” he said with a chuckle.

So, instead, at the beginning of the COVID-19 pandemic, the Easterdays became members of the Freedom Boat Club in Tarpon Springs. They enjoyed the chance to get on the water with their two sons.

They never expected to add another child while boating.

“Storm came, waves came, the boat was moving crazy and I think that kind of helped the baby come,” said Amber, who delivered Aiden in just about four minutes after their rental pontoon made landfall on the sand at Courtney Campbell Causeway.

John called 911 and before handing the phone off to friends, who quickly drove to the closest beach for help. Clearwater Fire Department medics Kenny Sweitzer and Tyler Whitfield delivered Aiden just after 5:30 p.m. It was a pretty big surprise for the family. The baby came just 10 days prior to his expected due date.

“My other two were full-term,” said Amber. “I wasn’t feeling any contractions of anything until I was already on the boat.”

Aiden is doing well and healthy less than a month after his exciting entry to the world.

To honor the wild day, Freedom Boat Club decided to rename the boat the Easterdays were using that day after baby Aiden. A ceremony took place on Tuesday afternoon. Clearwater FD personnel were in attendance. It was a mini reunion with the Easterdays.

"We had fireworks of our own, as nothing stopped little Aiden who came into this world with the challenges of not only being on a boat and the July 4th holiday but, let's add a rain storm for more drama," said Lisa Reho, CEO of Freedom Boat Club of Tampa Bay. “This is such a great story that we decided to rename the pontoon boat to Aiden's Arrival."

Having a boat renamed after their son is certainly a special feeling.

“I’ve talked a couple of friends into joining (the club) now,” said John.