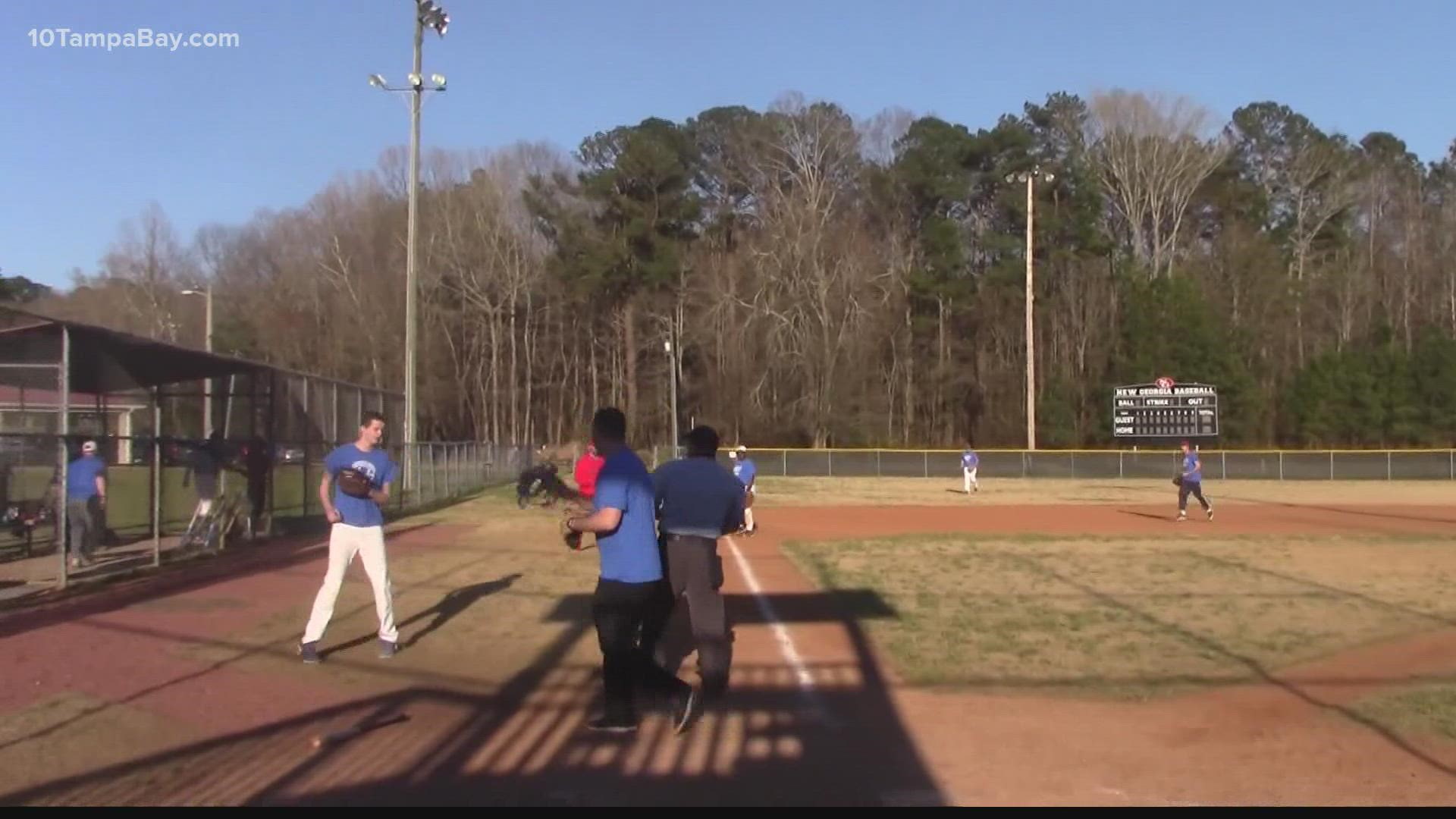 That one classic movie line has been repeated millions of times by players and fans alike.

It still rings true for a coach in central Florida.

Eberhardt is a busy man. He’s already coaching and organizing multiple leagues in the Lakeland area for adults, including the Central Florida Amateur Baseball League. When he heard about the chance to build something new and help folks with special needs experience the sport he loves, he couldn’t pass it up.

“It touches you and it makes you want to do as much as you can to help those individuals,” he said.

Five years ago, Eberhardt had it “on his heart” to get involved with athletes with special needs. He heard about Alternative Baseball from Taylor Duncan. The Georgia man, who was diagnosed with autism at age 4, started a league specifically for people with special needs. Last summer, he told 10 Tampa Bay about his hopes to build a league in Florida where there were many special needs athletes looking for a chance to play baseball.

“We are expanding into Alabama, North Carolina, South Carolina,” said Duncan in June 2020. “We are hoping to make Tampa Bay the next hot spot for Alternative Baseball.”

That was all Eberhardt needed to hear.

“With the special needs division, I want it really focused on the love of the game,” he said.

Alternative Baseball hopes to start playing games in “a couple months” if enough registrations come through. About 60 athletes have expressed interest in playing in Eberhardt’s chapter of Alternative Baseball. That’s enough to field four to six teams.

“(It’s about) letting them live their dreams and seeing their smiles,” said Eberhardt.

Duncan started Alternative Baseball in January 2016 to help others with disabilities realize the joy baseball could provide. He started with just seven players learning the basics of throwing and catching. Four years later, more than 300 people either participate or are interested in joining teams around the nation.

“Everyone gets to have an equal chance to contribute to a team setting into the game,” he said.

All across the nation – so far Tacoma, San Antonio, Jersey City, Atlanta and many more communities – people are playing on Alternative Baseball teams. All coaches and umpires are volunteers.

If you are interested in playing or know someone who would like to participate in the central Florida Alternative Baseball league, contact Duncan  (https://www.alternativebaseball.org/play) or Eberhardt’s site.