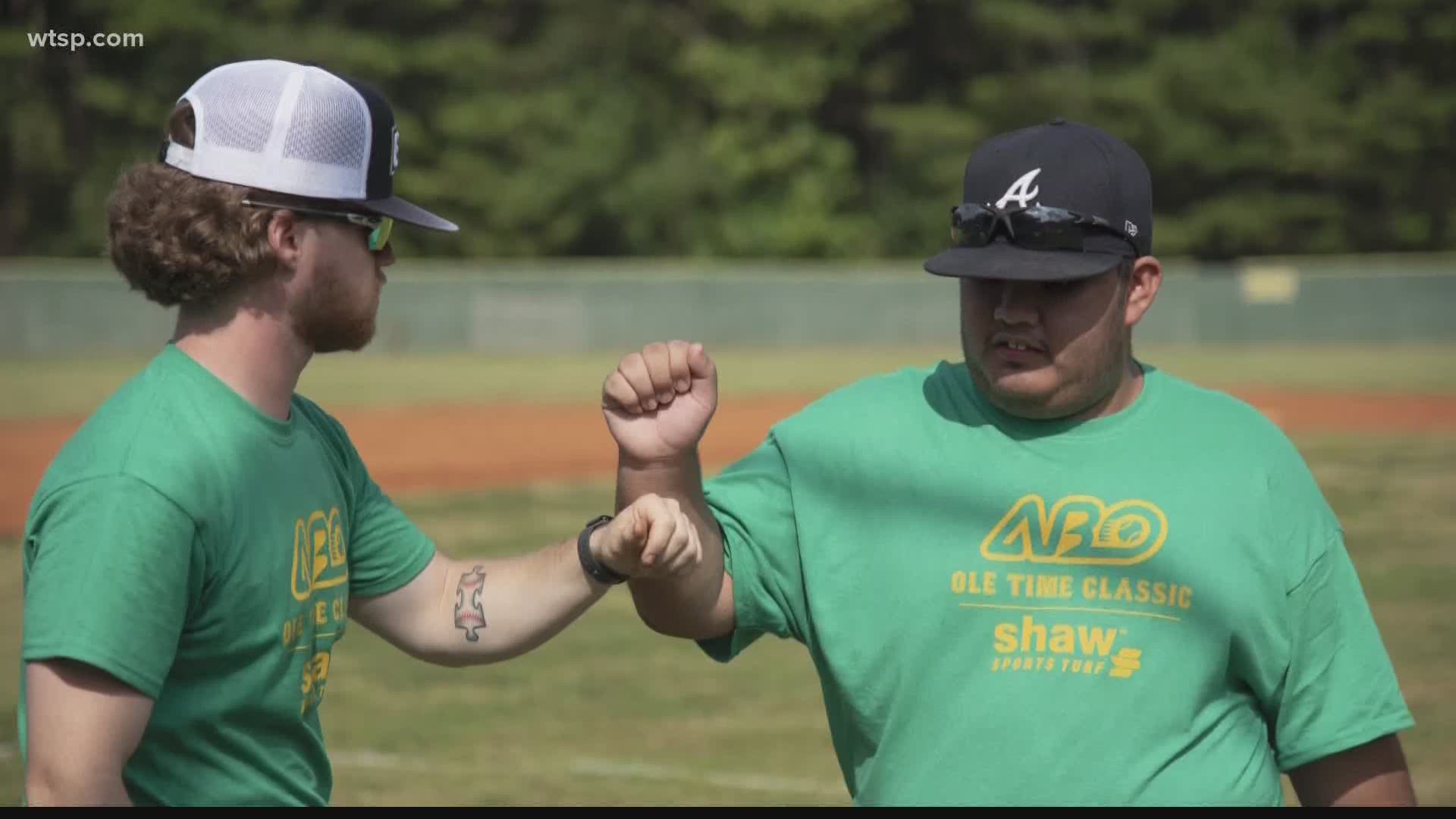 His favorite players were Randy Johnson and Ichiro Suzuki, and he watched almost every Atlanta Braves game on TV.

“Channel 17, TBS up here in Atlanta,” he said. “It was a great time to watch as a kid, too, because we had (John) Smoltz. We had (Tom) Glavine and we had (Greg) Maddox that were pitching. We had Chipper (Jones) who is a Hall of Famer.”

Watching baseball was enjoyable. Playing it was always his dream.

But, as a child, a coach told Duncan, now 24, to consider quitting baseball. Duncan was diagnosed with autism at age four. He was not as fast or skilled as other players. That coach’s low expectations dampened Duncan’s desire towards the sport.

“I was having speech issues, sensory issues and anxiety issues,” he said. “There’s a population of those that need to be served. We want to be able to be there to serve those communities.”

Duncan started Alternative Baseball in January 2016 to help others with disabilities realize the joy baseball could provide. He started with just seven players learning the basics of throwing and catching. Four years later, more than 300 people either participate or are interested in joining teams around the nation.

“Everyone gets to have an equal chance to contribute to a team setting into the game,” he said.

All over the nation – so far Tacoma, San Antonio, Jersey City, Atlanta and many more communities – people are playing on Alternative Baseball teams. There is one league at Ormond Beach in Florida. All coaches and umpires are volunteers.

“We are expanding into Alabama, North Carolina, South Carolina,” he said. “We are hoping to make Tampa Bay the next hot spot for Alternative Baseball.”

He hopes a team in Tampa Bay could spark more interest in serving the autism community.

“Everybody deserves a chance to be the best that they can be, whatever that is, doing what they want to do,” said Mark Fleming, who also has autism.

Like Duncan, Fleming played baseball for a few years while growing up.

“We are not all made to be top-level athletes but some of us have not been given the chance to try," Fleming said.

Fleming owns Equally Fit, a gym started to offer people with disabilities. Fleming is offering a free adaptive athletics class on June 30 at the Tampa Movement Lab in Hyde Park.

“Being included is something that everybody aspires to,” Fleming said.

Having Alternative Baseball in Tampa Bay will only help grow the athletic opportunities for people with autism in the region.

“Everyone gets an equal chance to contribute to a team setting and the game,” Duncan said. “Everyone gets their fair opportunity.”

To start an Alternative Baseball team or league, go online, fill out the appropriate forms, become a volunteer player, coach, or umpire and Duncan will contact you.

Alternative Baseball was featured on ESPN's Baseball Tonight. Duncan also offered a TedXAtlanta talk on providing more opportunities in and outside of sports for those with autism and other special needs.