Ana Zolotic, 18, celebrated taking home a gold medal at the 2021 Games in Tokyo by getting the Olympic rings tattooed on her arm. 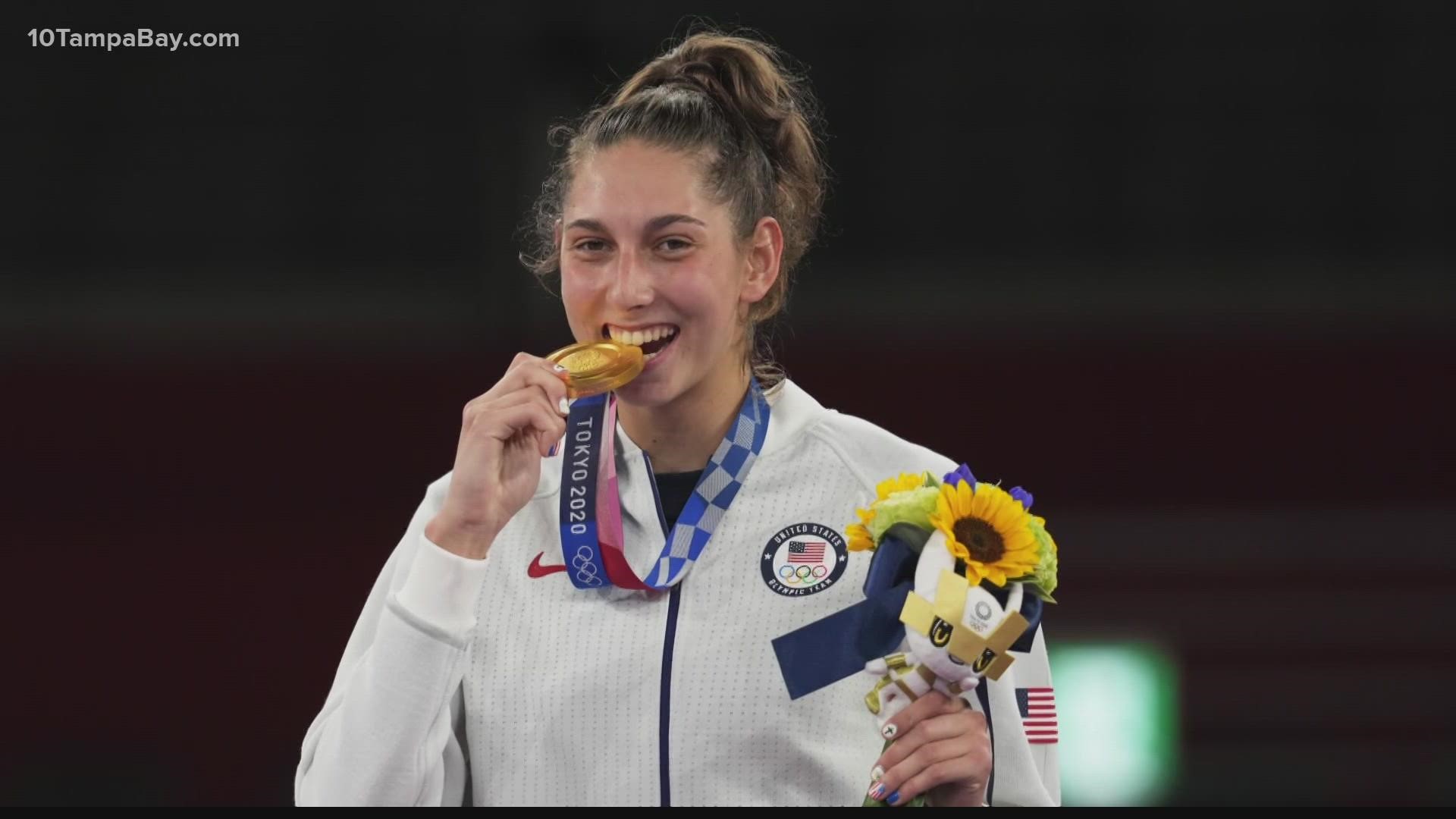 “I was walking around Safeway and people noticed me and it’s like, ‘What is going on?’ It’s all-new,” the 18-year-old said.

The Largo native can expect more recognition after becoming the youngest American woman, and only the second woman, to win a gold medal in taekwondo at the Olympics. She took gold after defeating Russian fighter Tatiana Minina 25-17 in the featherweight division.

“Afterwards it was this shock of like, ‘Oh My God, we did it,” said the teen. “I couldn’t have imagined it better.”

Zolotic always knew she’d make it to the Olympics. She told family and friends it was going to happen from the earliest days of her training in the sport.

“I had no idea what was going on and why people were making such a big deal about it and then I look on the internet and see I’m the first woman to win gold in taekwondo and I’m like, ‘What?! That’s amazing!’” she said from Colorado Springs, where she is currently training for the Paris Open in November.

Zolotic celebrated the win by getting a tattoo of the Olympic rings on her left arm. She’s excited about her future in the sport and hopes to win more medals.

Yet, she expects to always look back fondly on this first gold in Japan.

“I was trying so hard not to cry on that podium when the anthem was playing. You can’t tell I was crying though. I played it off very well. It was just so emotional,” said Zolotic with a big smile. “It’s like, ‘That’s the country I was representing.’”