Music star Andy Grammer is both inspired by and inspiring Andrew Brettner. 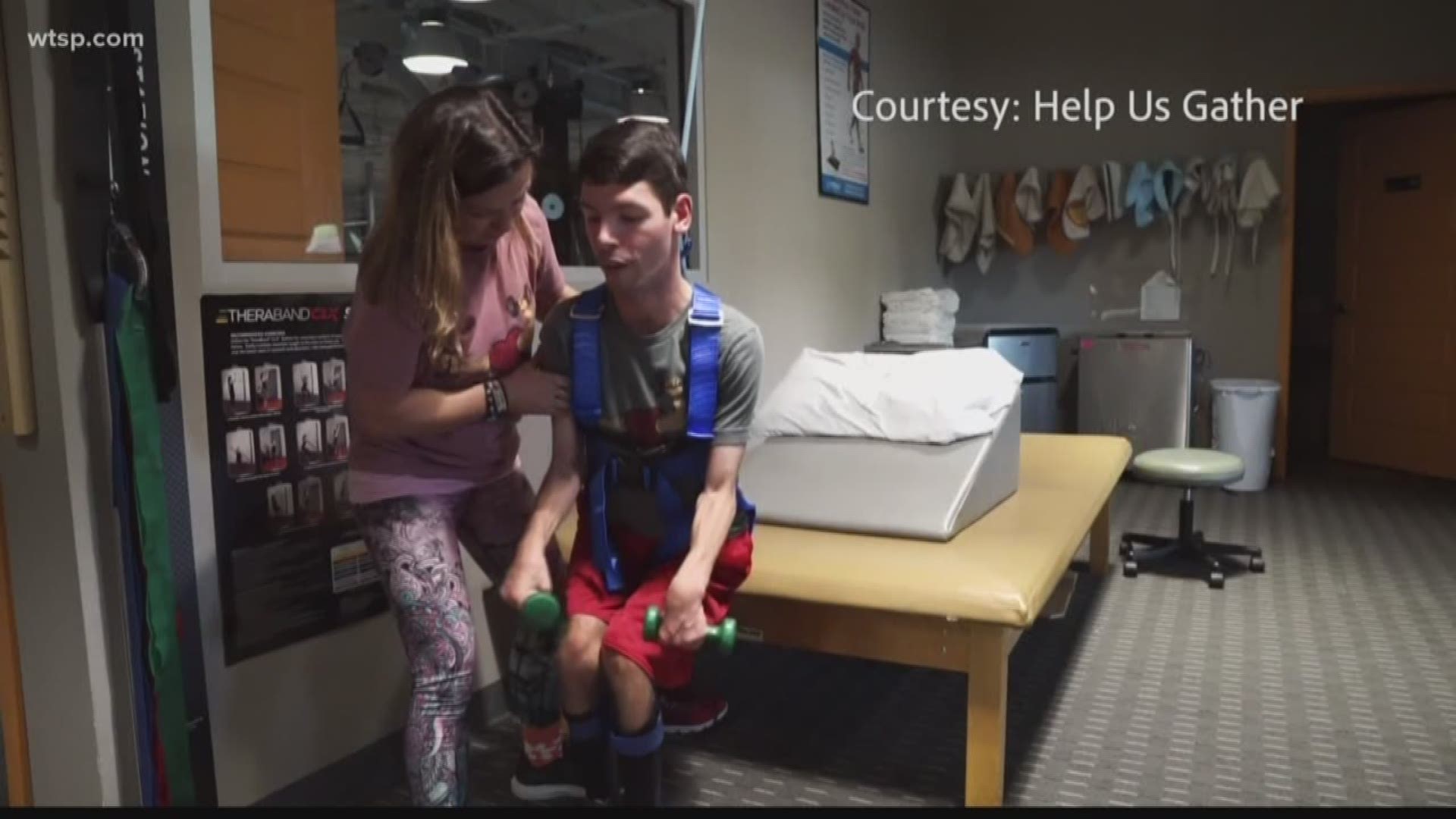 “He was really nice to me,” the 23-year-old St. Petersburg man said.

Brettner has a photo of himself in his kitchen alongside multi-platinum-recording artist Andy Grammer. It was snapped before Grammer’s House Of Blues concert in Orlando on Oct. 11.

“It was the best night. It was so much fun,” said Brettner's mom, Marilyn. “Andy Grammer came out and they had a little chat about not giving up and about him working hard in the gym and getting out of this chair and trying to walk.”

Brettner was adopted by Marilyn and sometime around his third birthday, he was relegated to a power-wheelchair. His form of cerebral palsy is just one of the physical limitations Brettner faces.

He’s determined to get out of the wheelchair.

“I want to walk my girlfriend down the aisle,” he said, unable to hide his smile. “I’m doing this for her.”

Twice per week, Brettner will do physical therapy and strength training in Largo. The exercises wear him out. All the while, the lyrics from Grammer’s song “Don’t Give Up On Me” float through his head.

“Awesome,” he said, recalling the moments when he heard Grammer perform the song live. “I had an awesome time.”

Brettner is an active participant in local non-profit Help Us Gather, which aims to “provide every individual a sense of inclusion, confidence and friendship. The HUG team accomplishes this goal by providing a calendar of local events for individuals with disabilities, organizing HUG Ambassadors and volunteers, hosting social gatherings and attending community events”, according to its website.

Brettner was named the 2019 “Mr. Incredible” by HUG, which sent a video of his determined exercising to Grammer.

“This is a truly unique experience that not everyone gets,” said HUG founder, Robin Lally. “Mr. Grammer and his management team went out of their way to show kindness and encouragement to Andrew. Knowing that one of his heroes is on his side has given him more motivation than ever to walk.”

The message made its way to Grammer, who responded with a personal video to Brettner encouraging him to “never give up” and keep working hard to get out of his wheelchair for his girlfriend, Syarrah.

“There is nothing that encapsulates the theme and the idea of “Don’t Give Up On Me” than that,” he said. “I’m just very inspired and I love you both. Good luck.”

The bond is one that provides energy to Brettner.

For more on Grammer’s music, visit his website. To support Help Us Gather, visit them online.