Bruce Burnham spent 30 years in the classroom in Seffner. He also left his mark as the voice of Hawks football for two decades. 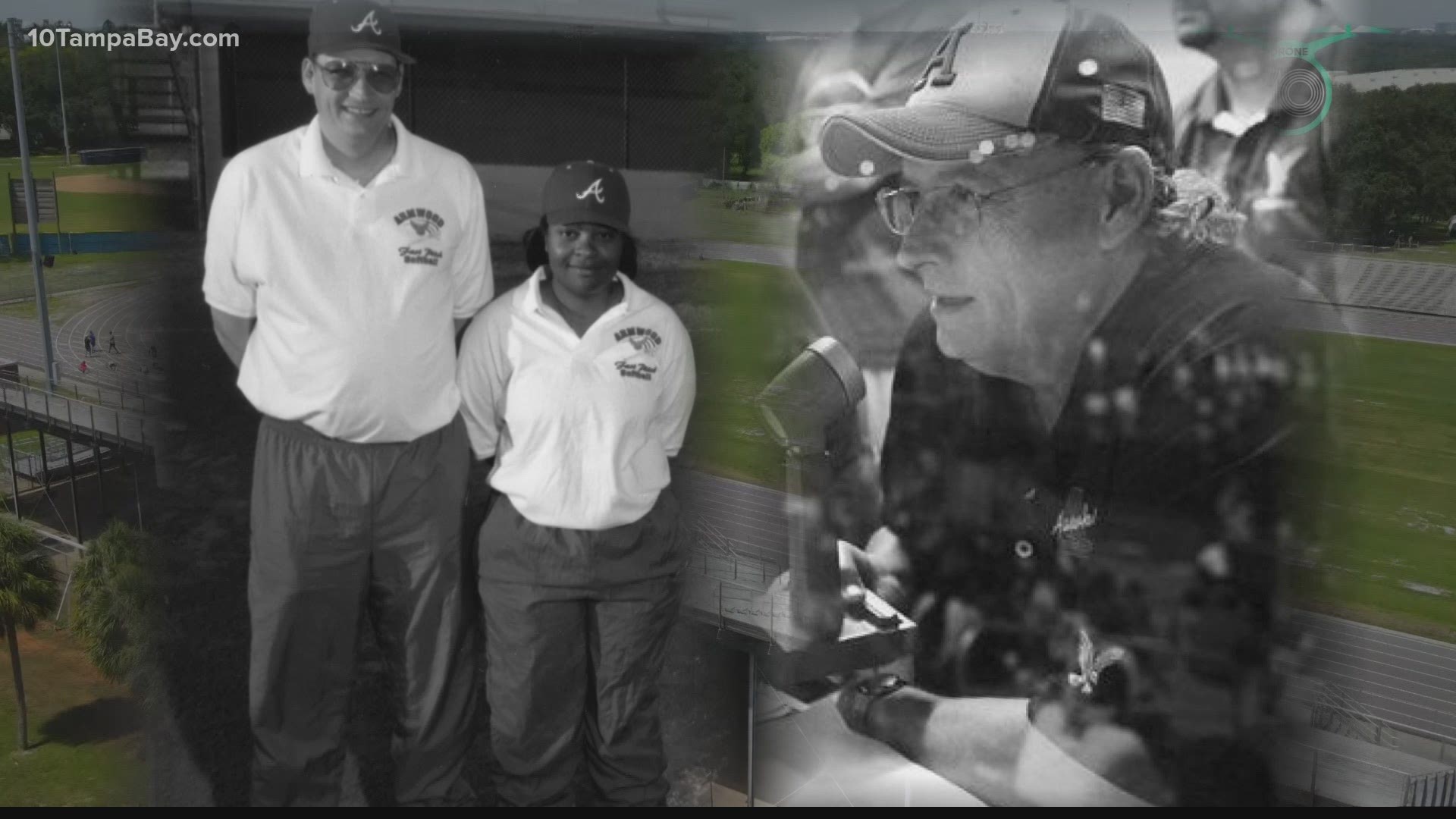 SEFFNER, Fla. — You don’t get a nickname like “The Mayor of Armwood” by casually getting involved in events here and there. You become known as a pillar of the community by diving headfirst into it.

That’s exactly what Bruce Burnham did.

“You know those people you meet in life and you shake their hand and you feel like you shake your best friend’s hand? That’s Mr. Burnham in a nutshell,” said 2001 Armwood graduate Adam Chambers.

Burnham died on September 26, 2020. With his passing, the sounds of Friday night football changed at Armwood. Burnham began calling games from the press box in 2002. His voice was synonymous with championship football at AHS.

“He was a part of a really special run,” said Evan Davis, the current Hawks football coach.

Now, Chambers, Davis and other alums want to see Burnham’s name on the press box.

“It would give people a chance to keep his story going and keep the memory of Mr. Burnham alive and who he was,” said Chambers, who started an online petition which has gotten thousands of signees in a few weeks.

His obituary says Burnham was drafted by the U.S. Army after only being married just ten months. He served one year as an MP in Vietnam. While in service to his country, he earned a Bronze Star and the Vietnam Cross of Gallantry.

“What I think was so cool about Mr. Burnham is he was a phenomenal person,” said Davis, who graduated from Armwood in 2004 and returned to teach there in 2009. “He always made you feel welcomed. When you shook his hand you instantly felt like you were engaged with someone who was a good person who had great intentions for you and was ready to do something special.”

Burnham also began calling baseball games from the press box for Armwood in 1997. But football seemed to be where he shined.

“I was the right-hand man to Mr. Burnham in the press box at Armwood from 2007-2019,” wrote Tony Pirotta in an email to 10 Tampa Bay. “He taught two generations of kids in the same family there. He called the most historic football games in school history of a 20-year period.”

He touched many lives. That’s the reason so many past Hawks want to see the press box renamed after Burnham.

“Mr. Burnham was a way to be agreeable. He was a way to civil. Even if he had a different point of view, you still felt like you were talking to your friend, not your adversary. That’s one of the main things I’ll take away from Mr. Burnham,” said Chambers. “So many people said their ‘aha moment’ came from him.”

The Armwood alumni expect the school board to discuss the name change in an upcoming meeting, most likely in August.

“You have to put it in front of the school board and give reasons why,” explained Davis. “They will, I’d imagine, approve it, and then on the night of homecoming, on September 24, we’ll be able to name the press box after him.”

It will be a fitting tribute to “the Mayor”.

“I don’t know what a football going is going to sound like without Mr. Burnham because I don’t remember one,” said Chambers. “He wanted everybody else to be recognized before himself and so somebody who lives their life like that, I can think of no better way to honor them than to put their name up there.”