Melissa Haist is nearing completion of her 40-foot, 25,000-piece mosaic bench behind her shop and art gallery. 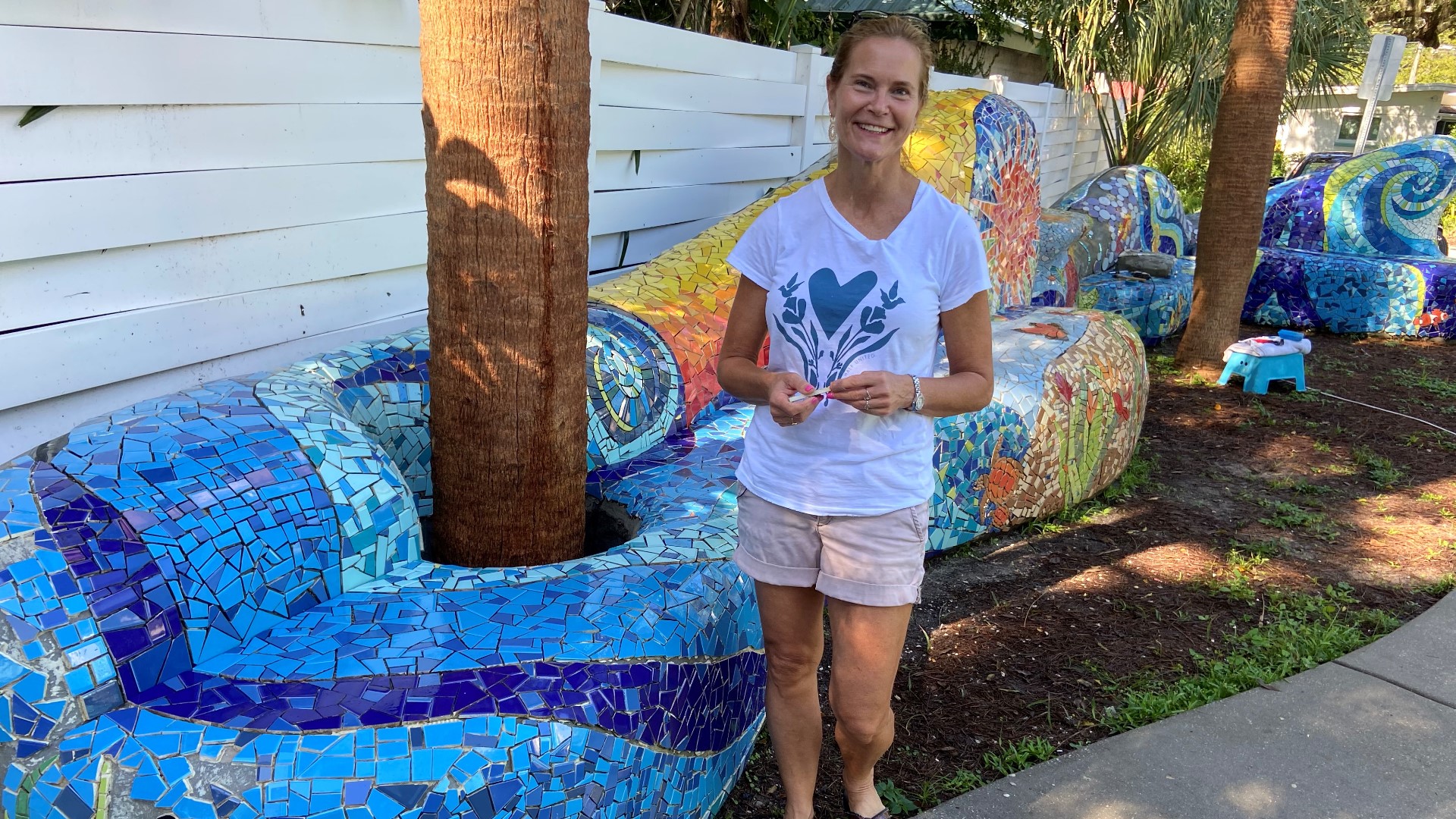 SAFETY HARBOR, Fla. — Melissa Haist is understandably thankful for the dozens of people who have helped bring her “pandemic project” to life.

“I have recorded 135 names, people that have signed up but there are also people who have dropped in so I would guess even more than that,” said the Safety Harbor artist.

She opened in 2014 and sells a variety of artsy items in her boutique and even has an art gallery. She was honored to win the Mayor’s Award of Excellence because of the way her shop has beautified her town.

And that was before the giant mosaic bench.

“I’m tired of cutting tile at this point,” said Haist, who has been working on a 40-foot-long community bench behind Tupelo.

The idea for the bench was inspired by Haist’s time studying in Spain. She spent her junior year of college there where she marveled at the work of her favorite architect, Antoni Gaudi. He did many mosaics in Barcelona and his style became Haist’s inspiration for her mosaic bench.

She brought that style back to Florida and went to work creating a Sunshine State-themed art piece.

“I’m very pleased with it. Yeah, there were so many points when I thought ‘I can’t to this’ but piece by piece it has happened,” she said.

The project was aided by a community grant. She also got tons of help from volunteers. By her count, more than 130 people have helped lay tiles for her bench since she began the design. When completed, the bench will be made up of nearly 30,000 individual pieces of tile. Haist hopes it will all be done by October.

Tupelo on 4th is located at 135 4th Avenue North, Safety Harbor, Florida 34695. Haist plans to resume teaching mosaic classes in her shop this fall. If you would like information on those classes or a chance to help volunteer to complete the bench, you can email Haist at tupeloon4th@gmail.com.