Back To Bright mural unveiled days before Valspar Championship

The North Greenwood Rec Center has a fresh coat of uplifting paint thanks to a mural contest by Valspar and the local PGA Tour stop. 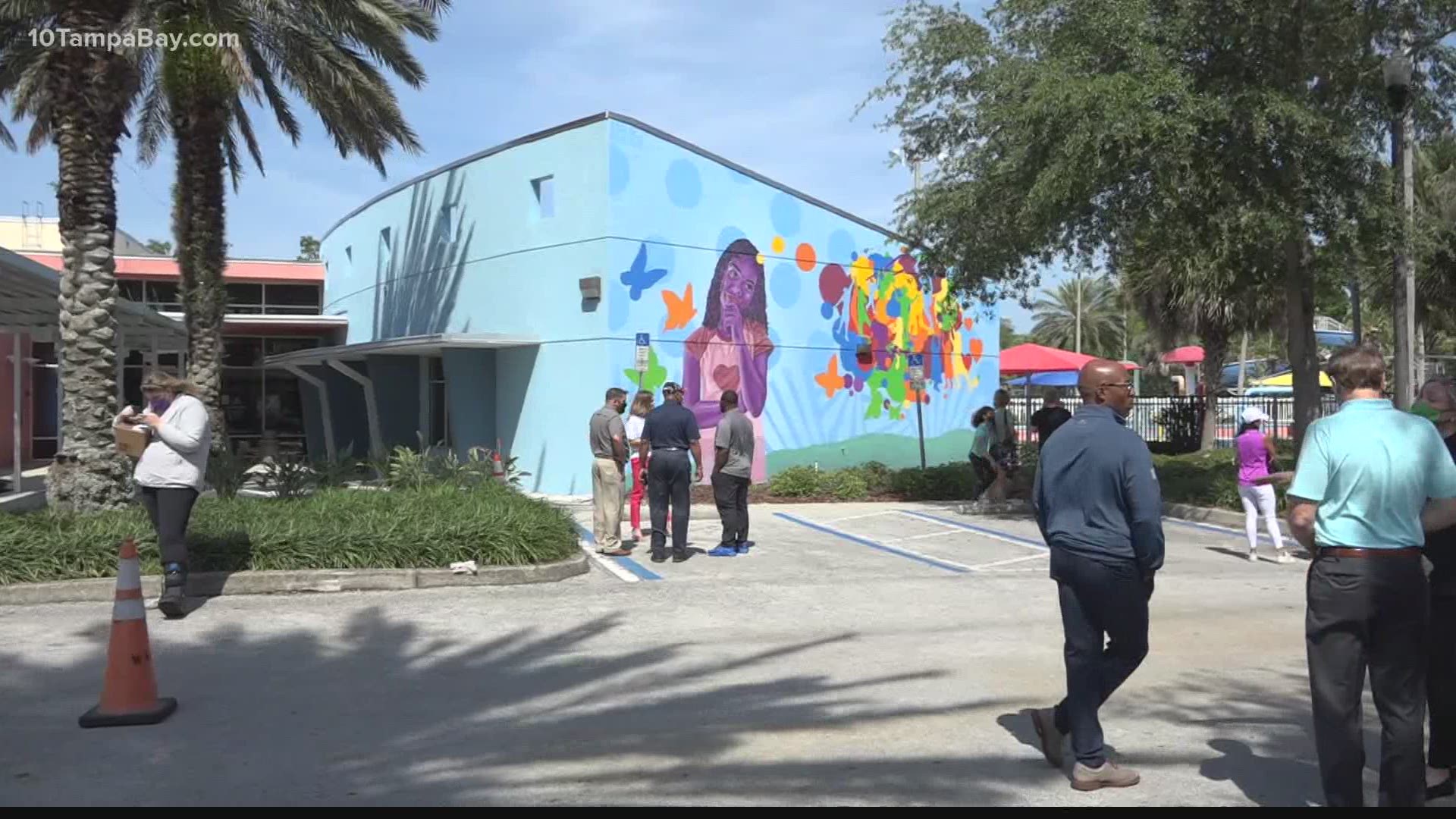 CLEARWATER, Fla. — Johnareus Young never expected his short video, recorded for Twitter, would catch the attention of the selection committee at the Valspar Championship.

He hoped it would, but never thought his plea for an uplifting mural on his building, the North Greenwood Rec Center, would prove fruitful.

Turns out, it was a perfect fit.

West, along with the Valspar paint company, asked the community to nominate buildings in need of a colorful, uplifting mural. Young’s video caught their attention.

A local muralist, Zulu Painter, spent a few days completing the piece, which was unveiled Friday morning on the side of the North Greenwood Rec Center in Clearwater.

“He hit the nail,” said Young, who has worked with kids at the facility there for four years. “I told him this won’t be the last time you do some artwork here.”

This was all part of Valspar’s comeback campaign to get “Back To Bright.”

“Things are getting better and getting better in our communities,” said West. “When the tournament was canceled last year, we had already been built. We were ready to go.”

PGA Tour golf returns to Palm Harbor next week with the Valspar Championship. Many of the Top-50 ranked players in the world will participate, including Dustin Johnson and Justin Thomas, the Tour’s top two ranked players respectively.

As for the mural, it certainly hit the mark.

“COVID really stopped the community aspect from happening so we wanted to promote that,” said Zulu, who incorporated a child dreaming of other children participating in fun activities in his artwork.

“It changes your mood before you walk in the building. I’ve had a few bad days coming in. Didn’t start off right. That mural makes you feel different,” the father of four said. “It’s like, okay, now I have to kick it into another gear. Your day doesn’t have to finish where it started and where you are in life doesn’t always have to be your future.”

West says “it made all the sense in the world” that the mural wound up in Clearwater.

The Valspar Championship, in partnership with Copperhead Charities, has been very involved in community outreach in Clearwater, the city neighboring the course. The tournament has been involved in building multiple homes in the city through Habitat For Humanity over the years.

Valspar got many community suggestions, but Greenwood was the unanimous choice. The tournament will also be surprising one player at next week’s event with a mural in a location of his choice.

Tickets are only available online for the 2021 Valspar Championship.