"We want you to be Robin Hood," he said, explaining his company's mission: "Take a little bit from yourself, be a hero to those who need it most and give to them." 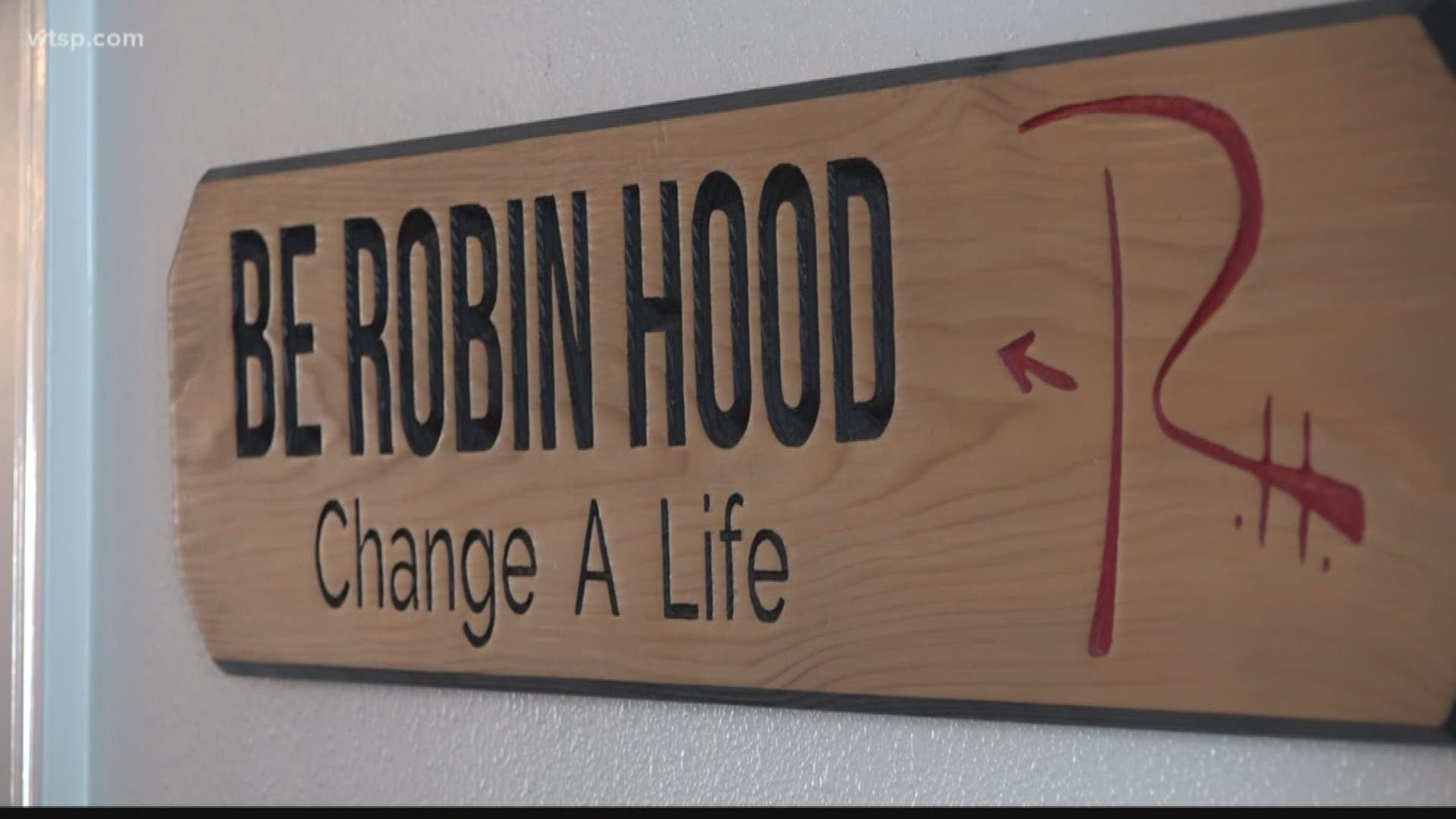 In January 2016, Ricky Marton worked for a litigation company in Seattle. He bought a t-shirt without realizing the company planned to donate a portion of sales to a charity.

It sparked an idea that led to him quitting his job, moving to Indian Rocks Beach, Fla. and starting a company that has left a major dent in the world’s struggles.

“We want you to be Robin Hood,” he said, explaining his company’s mission: “Take a little bit from yourself, be a hero to those who need it most and give to them.”

Marton dressed up as Robin Hood as a child for Halloween. He always liked the idea of a do-gooder taking justice into his own hands. That character served as a model for his Be Robin Hood company.

He sells clothing, both his brand and other company’s brands, and donates portions of sales to charitable causes all over the globe.

Friends and family sent him suggestions of companies that contributed to charitable efforts. He researched each one and settled on a few that meant a lot to him, like Mud Love, which provides a week of water for each bracelet it sells.

“This is important because there are people out there who don’t have the same opportunities as other people,” said Grace Willeck, a senior at the nearby Eckerd College who has interned with Be Robin Hood.

June will mark two years as a company. In year one, Be Robin Hood sold enough items to generate the necessary money to provide 2,000 days worth of clean drinking water, 294 meals for needy children, and pull 149 pounds of trash out of the world’s waterways.

“Ideally, I’d like to have a marketplace going where we not only have clothing and accessories, but we have everyday items as well. So, you can go to Be Robin Hood and shop basically whatever you need, knowing anything and everything you buy can be helping people all over the world,” he said with a smile.

Be Robin Hood allows shoppers to choose where donations can be distributed when checking out online. Shoppers can choose charities in Tampa, Peru, or Haiti.