Ben and Nick Sherwin are valedictorian and salutatorian at Strawberry Crest High School with GPAs of 8.51 and 8.50, respectfully. 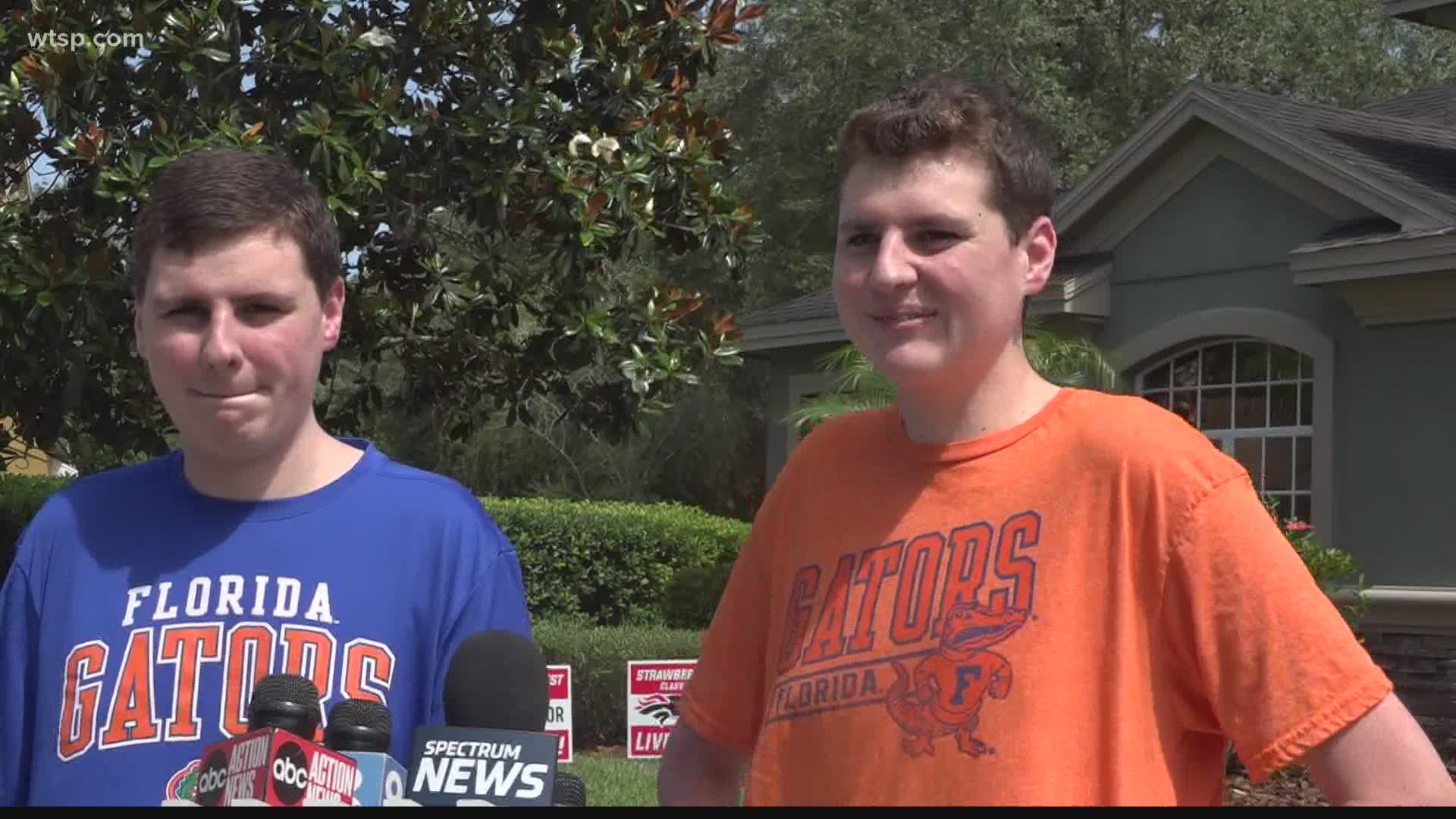 LITHIA, Fla. — Tracy Sherwin smiled at the thought of her boys heading off to her alma mater.

“I loved it. A lot of my money went to (University of Florida). Of course I love that school,” she said. “I couldn’t be more proud.”

There is a lot to be proud of when it comes to her twins. Ben and Nick Sherwin will graduate from Strawberry Crest High School as valedictorian and saludetorian, respectively. Ben is finishing his high school career with a 8.51 grade point average. Nick slipped into second place in his class with a 8.50.

That class was chemistry, of which the brothers have plenty. They are identical twins who enjoy the same subjects in school. Both strayed toward math and science and chose Strawberry Crest because of its International Baccalaureate program – even though it was a 40-minute drive from their Lithia home.

Finishing tops in their class was something that came from hard work.

“I don’t think it was really a goal,” said Ben, who was born one minute after Nick. “We just try to work hard and follow our interests and take classes that interest us. It just worked out that we were one and two.”

Both boys plan to attend the University of Florida like Tracy. She graduated from UF with a nursing degree in 1995. The twins will room together and plan to both study pre-med in the fall.

“I might double major in math, though,” said Ben.

His brother looked at him and giggled.

The two have more of a supportive relationship than a rivalry brewing. They call their bond “collaborative” and have always rooted for each other. They often worked on projects together. Both did internships at Moffitt Cancer Center on the campus of the University of South Florida.

They are alike in so many ways. Right down to a .01 percentage difference in GPA.

“I feel like it’s different for twins because we have more of a connection I would say,” said Nick.

The average incoming GPA for an incoming freshman at the University of Florida is 4.1. Only the University of Miami ranks higher in the state (4.2). Florida’s student body tops 52,000 compared to Miami’s roughly 17,000. Only 38 percent of applicants are accepted in Gainesville.

Ben and Nick are excited to attend.

“We are majoring in biomedical engineering so we have an interest in kind of helping people,” said Ben. “Being a doctor would be a cool profession .”

Exactly what mom wants to hear.

“I believe in them so if you believe in your kids and you let them be independent, the rest follows,” she said.

The twins are hoping to experience some of the typical senior activities that have been delayed by coronavirus. Strawberry Crest is tentatively planning a graduation ceremony for July 18. Wrapping up high school is still in question. College awaits regardless.

It’s pretty amazing that they get to go there,” said their father, Douglas, who attended Ohio State and Wisconsin and has worked as a pharmacist for 27 years. “I think it will be a great opportunity. They work so hard obviously so we’re amazingly proud of them. It’s a good opportunity. It’s the next step.”

That next step continues like all the previous ones – together.

The brothers will turn 18 on May 19. They have lived in the Tampa Bay area their entire lives. They turned down college offers from schools like Duke, Georgia Tech, and Cornell.