Between a rock and hard place: Trying to find a kidney 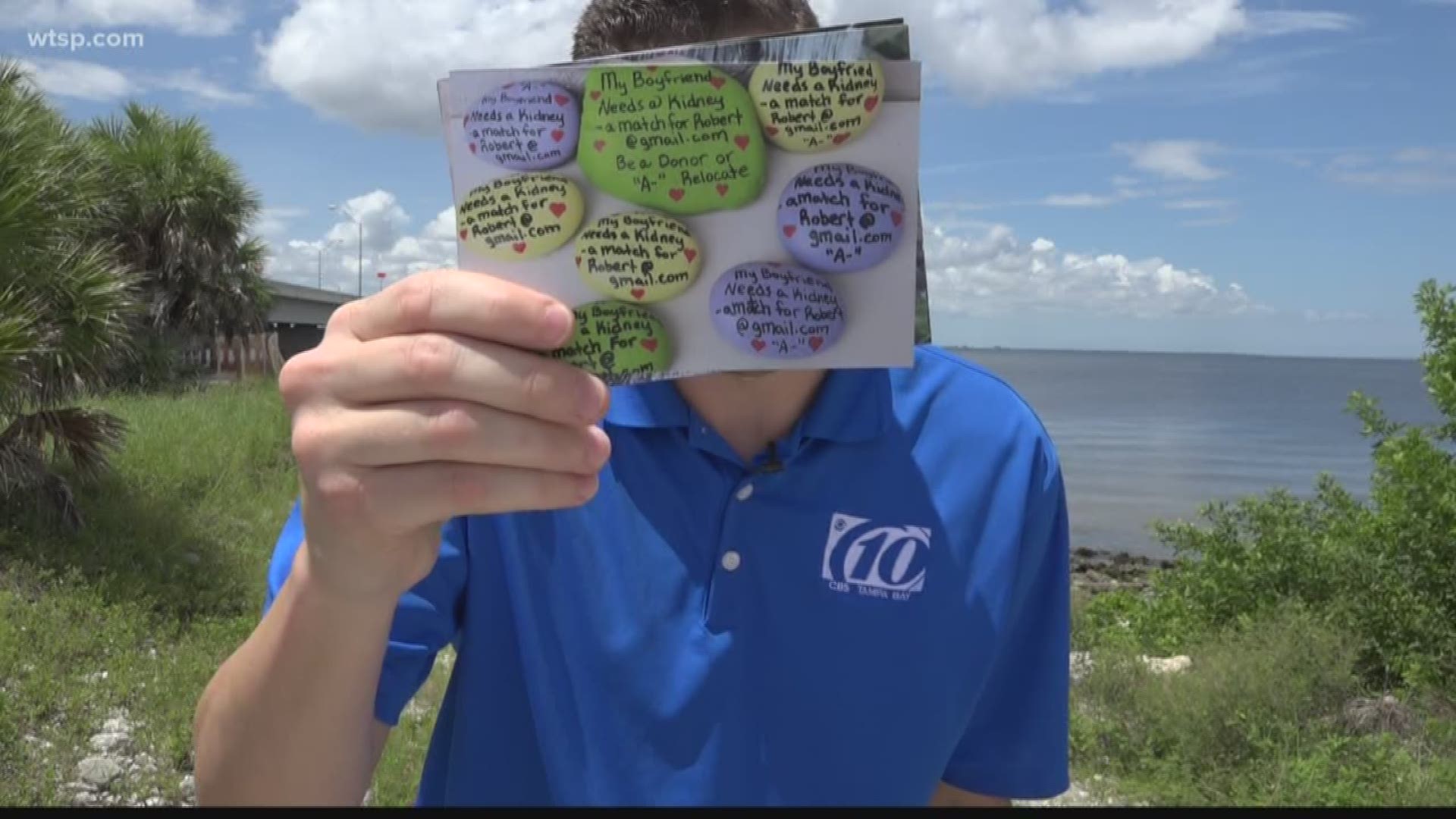 LAKELAND, Fla. — Time is not on Robert Fallon’s side. For two years, the 21-year-old from Virginia has been enduring kidney dialysis three times per week. It’s the only way to prolong his life since his end-stage renal disease diagnosis.

"I was just in shock," Robert told WFMY in May.

That was in 2017 when it was discovered that Robert’s kidneys were functioning at around 12 percent. Today, that number has dropped to below one percent.

His girlfriend, Krystal Sparks, got the idea to hunt for a kidney by painting and hiding colorful rocks.

On each stone, she left the message: “My boyfriend needs a kidney”. She left her e-mail address and asked the finder to post a photo to their local rock painting groups on Facebook. She got the movement started by creating a “Rocks For Robert” Facebook page.

That’s how Lisa Brandt came across the mission. She is one of over 31,000 members of the Lakeland Rocks group online.

A series of posts by Forrest Lawson between July 15-19 caught her attention. Lawson discovered three of Sparks’ rocks near Wilmington, NC and posted them to the "Lakeland Rocks" page. It was a group he liked to follow online.

“Me being a donor is just not in the cards for me,” he said in a text to 10News. “So since I couldn’t be a donor, I wanted to help be her voice and get her special plea out there.”

Brandt started duplicating Sparks’ rocks and hiding them around Florida. She added the phrase “Be A Donor Or Relocate."

Finders took the message to heart and began dispersing rocks all over the country. Rocks requesting a kidney for Robert have shown up in dozens of states. Photos taken in Gatlinburg, Tenn., St. Petersburg, Fla., and Myrtle Beach have been posted to the “Rocks For Robert” Facebook page.

Brandt even sent two rocks to Germany in August.

The hope is to find a kidney for Robert. The added bonus is educating finders about how to become donors.

Sparks sends e-mailers information about how to become organ donors in hopes that it could lead to a match. Sparks refers rock finders to the University of Virginia transplant center.

"I try and paint pretty rocks,” she told WFMY. "I’ve had to keep a positive outlook about it and keep him positive because if we don’t stay positive then, it would be ten times harder than it is."