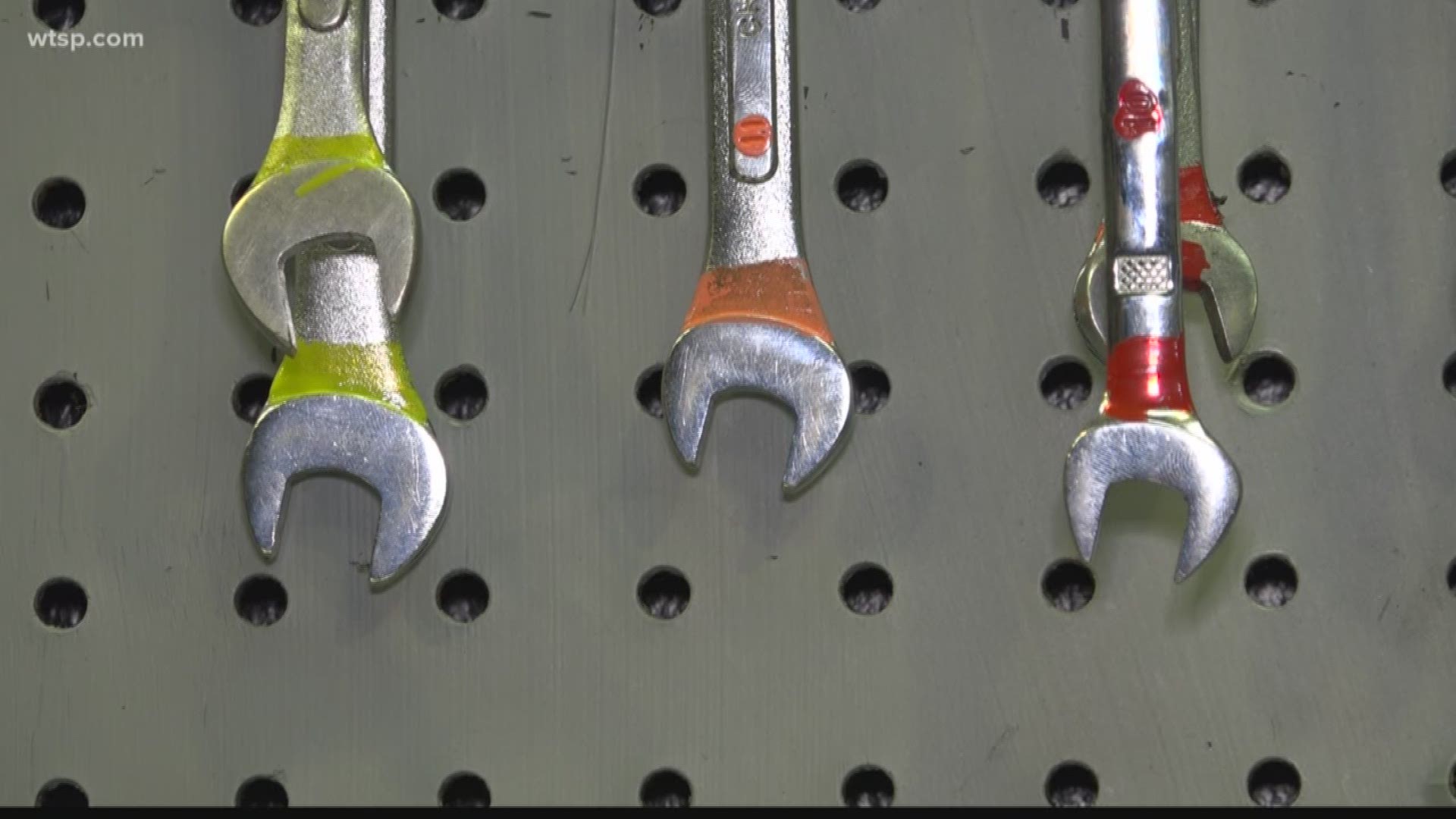 TAMPA, Fla. — Chris Scotto tinkered with the wheel of a soon-to-be road-ready bicycle. Each one he builds is special.

“It’s been the most fulfilling career path I could have ever imagined. It’s been great,” he said.

Scotto constructs bikes for the non-profit WellBuilt Bikes, housed discretely inside the north end of the University Mall on Fowler Avenue just a short ride away from the University of South Florida’s Tampa campus.

Halloween will mark the second year of business inside the mall. Since 2017, the non-profit has been selling refurbished bikes for cheap and investing sales revenue into its program called Earn-A-Bike, so community members who couldn’t otherwise afford reliable transportation can get a fixed-up set of wheels.

The program has benefitted many sections of Tampa Bay – especially in the homeless community.

“It takes a four-hour walk and turns it into a 25-minute walk,” Frank Westgate, who has been homeless for over four months said. “I love my bike.”

The passion to help others gain independence was born out of necessity, says WellBuilt founder Jon Dengler. Its website lays out the origins of the mission:

“The Earn-A-Bike program provides bicycle ownership to people who are affected by the inadequate and unreliable bus system of Tampa. In 2017, Hillsborough Area Regional Transit Authority eliminated 20% of the county’s bus routes. We recognize that it has become exceedingly difficult to live and work safely in Tampa without privately owned transportation. Lack of transportation is a formidable barrier to gainful employment. Automobile ownership is financially difficult and often completely inaccessible to impoverished or homeless community members. Bicycle ownership is a tool that serves as a bridge to independence, employment, community-involvement and physical health for those who do not have the option to own a vehicle. By addressing the deeper issue folks are able to meet many of their own, more basic needs. The Well began working to address this issue by opening a bike co-op where folks who needed transportation could come and build their own bike for free. This co-op, which we affectionately called the ReCycle Bin, was in a shipping container behind a daytime drop-in center for the homeless that we ran for three years. We did well over 1,000 bikes in that time.”

RELATED: St. Pete woman hits goal of 1,000 showers for people who are homeless

Neither Frank nor his wife, Heather, had any reliable way to get to job interviews besides walking for hours. WellBuilt got them both bicycles two months ago after they completed community service hours. Since then, Frank has been able to drop off more applications for employment.

It’s an example of how a simple bicycle can change a life.

“This is amazing,” Heather said. “Transportation is by far one of the biggest hurdles for anybody.”

“We just realized this is addressing a deeper issue,” he said. “Everything we do is about building relationships.”

Bike recipients must apply for the Earn-A-Bike program. WellBuilt requires ten hours of verified community service. At least one of those hours must be spent in a basic bike maintenance and road safety class provided by the staff.

“It didn’t even really feel like work,” said Heather, who went more than 20 years without a bike of her own before completing the Earn-A-Bike program.

WellBuilt hosts community rides on Tuesday nights around Tampa. Dozens of people get together to participate. It’s an opportunity to be linked through cycling and share adversities with others-focused people.

“It just makes it easier for me to get to my doctor’s appointments,” said Heather. “It’s a life-saver and a lifeline.”

On Halloween night, the two-year anniversary of opening in the mall, WellBuilt will host a party to coincide with trick-or-treating at the mall.