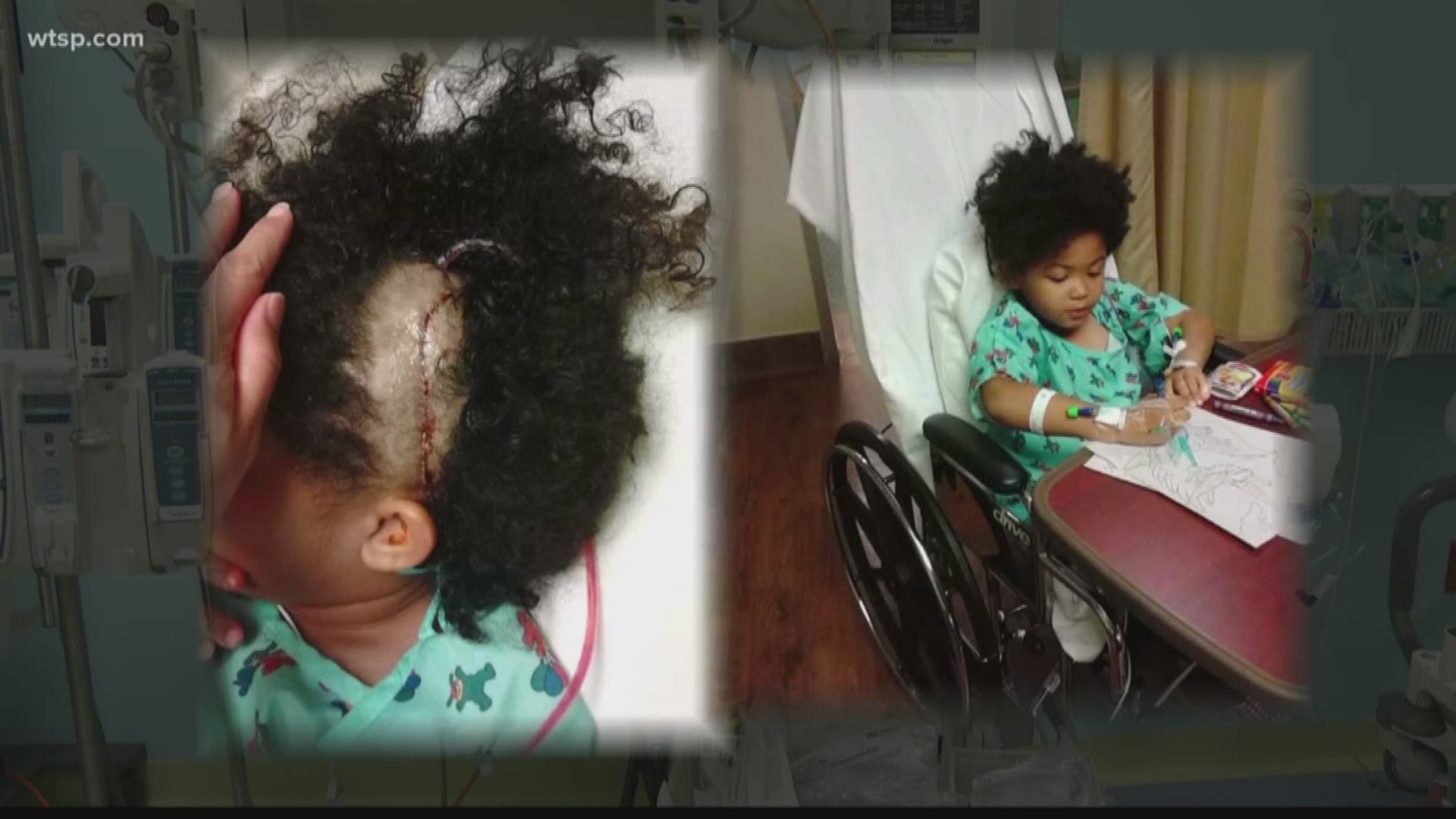 Back home, an hour from Raymond James Stadium, the Smith family had the chance to cheer on Evans.

“Most Sundays, mom goes to work and (Aryanna) will spend time with me watching football, asking questions,” he said. “It’s time for me and her to bond.”

“When I was three and between six and seven,” she said.

Football was something she’d never cared about before. The chance to sit with her dad while recovering led to a new interest. Larry liked the Buccaneers. The team’s best player started to catch Aryanna’s eye.

The family decided to make the trip to the opening day of 2019 training camp in Tampa. Aryanna got a chance to high-five Evans and snap a few photos.

A few days before the Seattle game, Evans swiped through a few of those photos on the practice field at One Buc Place.

The NFL star has become a role model in the community. He and his wife, Ashli, launched the Mike Evans Family Foundation in 2017 to help children from domestic violence backgrounds. His involvement in the community is one of the factors that draws fans' attention.

“All I do is play football. That’s all I do. I’m a bigger fan of them than they are of me, probably,” he said of Aryanna’s family. “If they can smile through that and keep going strong, that’s a real warrior right there.”

“It’s tough but I’ve got to be upbeat,” Larry said.

Through eight games, Evans leads the NFL in touchdown catches. Evans had 12 catches for 180 yards and a touchdown yesterday just a week after 11 receptions for 198 yards and two scores against Tennessee. Those performances made him the first NFL wideout since Julio Jones in 2014 to have back-to-back games with 175 or more receiving yards.