In 2019 she saw a challenge in a running magazine. She hasn't stopped hitting the pavement since. 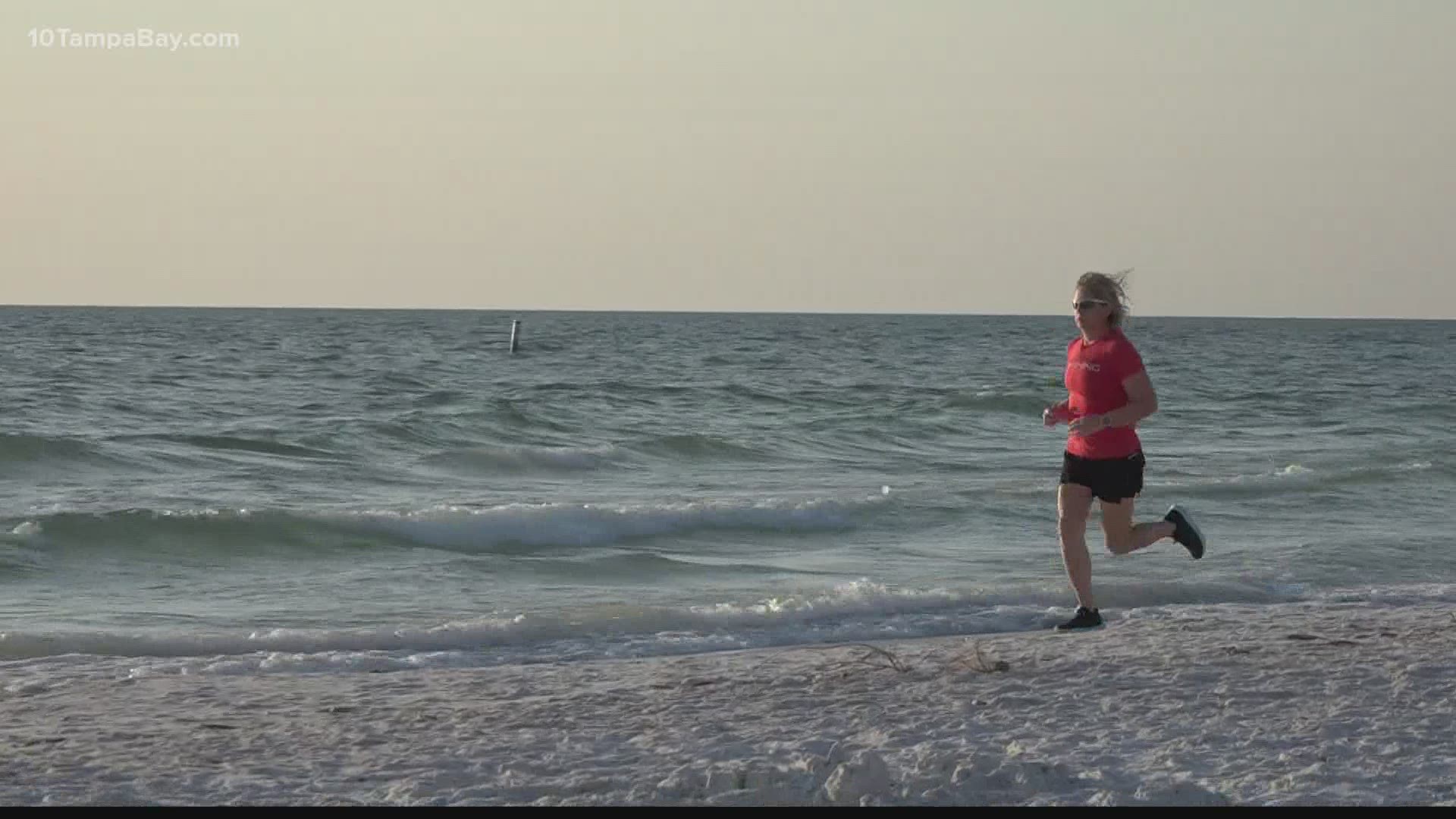 INDIAN ROCKS BEACH, Fla. — Anne Coletti has never felt this good in her life. The mother of two eagerly bounces out of bed each morning and laces up her running shoes-- rain or shine-- as hitting the road before sunrise has become her routine.

It’s also become her life’s story. In 2018, we shared part of Anne’s journey.

She spent time putting together care packages for women facing cancer at Morton Plant Hospital in Clearwater. It was the same place she received care for her own breast cancer. She included encouraging words from her own cancer journal in each care package.

"Waking up is a good thing,” she said then.

Anne is visiting hospitals less often due to COVID-related concerns but she still writes notes occasionally to women struggling with breast cancer.

Anne hit the five-year cancer-free mark on May 11, 2021. Life looks much different now with the biggest difference being her desire to run.

“I woke up one morning, March 2016, and was like, ‘I’m going to run a 5K’ and my first 5K was a Mother’s Day 5K,” she recalled. “As of May 2019, I had no more surgeries and I saw a challenge in a running magazine to honor the veterans. Starting on Memorial Day, run every day straight until July 4 and the slogan was "At Least One Mile."

She did it, and, after arriving at July 4, decided not to stop.

This spring, she surpassed 700 consecutive days of running at least one mile. Her current mark stands at 723 days – far more than she ever expected.

“I started adding the miles each day,” she said. “Now I’m up to three and a half or four miles per day and of course on weekends I do a lot longer runs.”

She even completed her first duathlons and finished second overall in only her second competition. Friends from her Wednesday night running group, which meets at Indian Rocks Beach, have encouraged her to try a triathlon-- she’s considering it.

“I had my doubts, yeah,” said family member, Diane Kolven. “It just shows you that exercise can change the whole cancer perspective and can turn it around.”

For now, Anne is thrilled to still be cancer-free and has even lost 65 pounds.

She tells people she’s thankful for her cancer diagnosis.

“I never asked God why. Never did those words come out of my mouth. He had a plan for me,” she said. “I have a long life ahead of me if I can run. Every day I’m thankful for the life that I have now.”