Emily Shaffer decided it was better to give than to receive, even on her birthday. 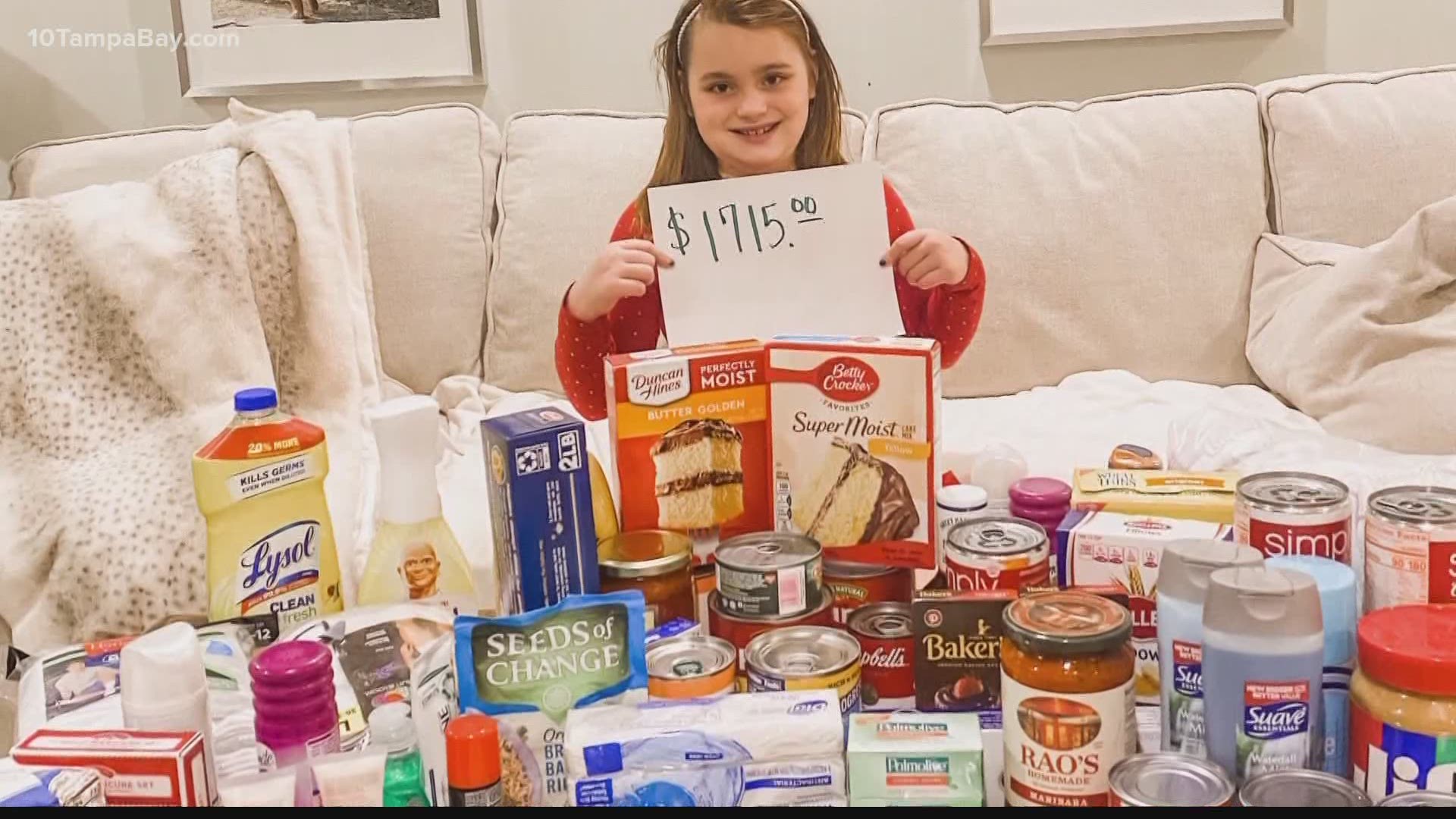 CLEARWATER, Fla. — When Emily Shaffer told her family she didn’t want any birthday presents this year, it caught her parents by surprise. When she explained why, it made perfect sense.

“It is not out of the ordinary for Emily,” said her mother, Mary Ellen Shaffer. “She’s always been the child who wanted to help other people.”

Emily turned nine on Jan. 23. In the days leading up to the big day, she expressed an interest in collecting donations rather than presents.

She wanted to help out the nearby Homeless Empowerment Program, which has been aiming to provide homeless and low-income families and individuals, including veterans, with housing, food, clothing and support services necessary to obtain self-sufficiency and improved quality of life since 1986.

The idea came after seeing homeless folks near her neighborhood.

So, Emily spent her birthday, which happened to fall on a Saturday morning, hosting a drive-by donation drive at her Clearwater home. Friends and family dropped off non-perishable food items and cash. Mary Ellen was blown away by the generosity of neighbors.

“We thought if she could raise $200 that would be impressive so when we were watching donations coming in, we were like, ‘This is insane.' It was so much more than what we had ever hoped for,” she said.

“I collected cans, diapers, and toiletries (too),” said the child. “It felt good.”

The food was donated to HEP shortly after Emily’s birthday. It was thankfully received by the organization, who publicly praised her with a flattering Facebook post.

Her decision to give away donations on her birthday impressed the Clearwater Police department so much, it made a special trip past Emily’s house. Sirens blared during the impromptu thank you parade.

“It was absolutely crazy,” said Mary Ellen. “It turned into something that was very memorable.”

It was the perfect way to thank the third-grader for taking care of her neighborhood. The agencies even made an additional $100 donation.

“We tend to see some of the homeless population when we are leaving the old Clearwater mall and she’s been asking what we can do to help,” said Mary Ellen.

All this giving has sparked a sizeable goal for Emily, who now wants to continue her donations for future birthdays. She is aiming to top $10,000 in donations for HEP by the time she graduates high school.

After such a hot start, she’s well on her way to easily eclipsing that goal.

She did get a few Pokemon cards from her parents. She says she’s “obsessed” with them. So, it wasn't a totally gift-free birthday.

Still, this nine-year-old has always been a giver, says her mother. Now, her whole community knows it.