Mike Shuler was confident he'd be able to find the missing ring but never thought he would be searching for hours. 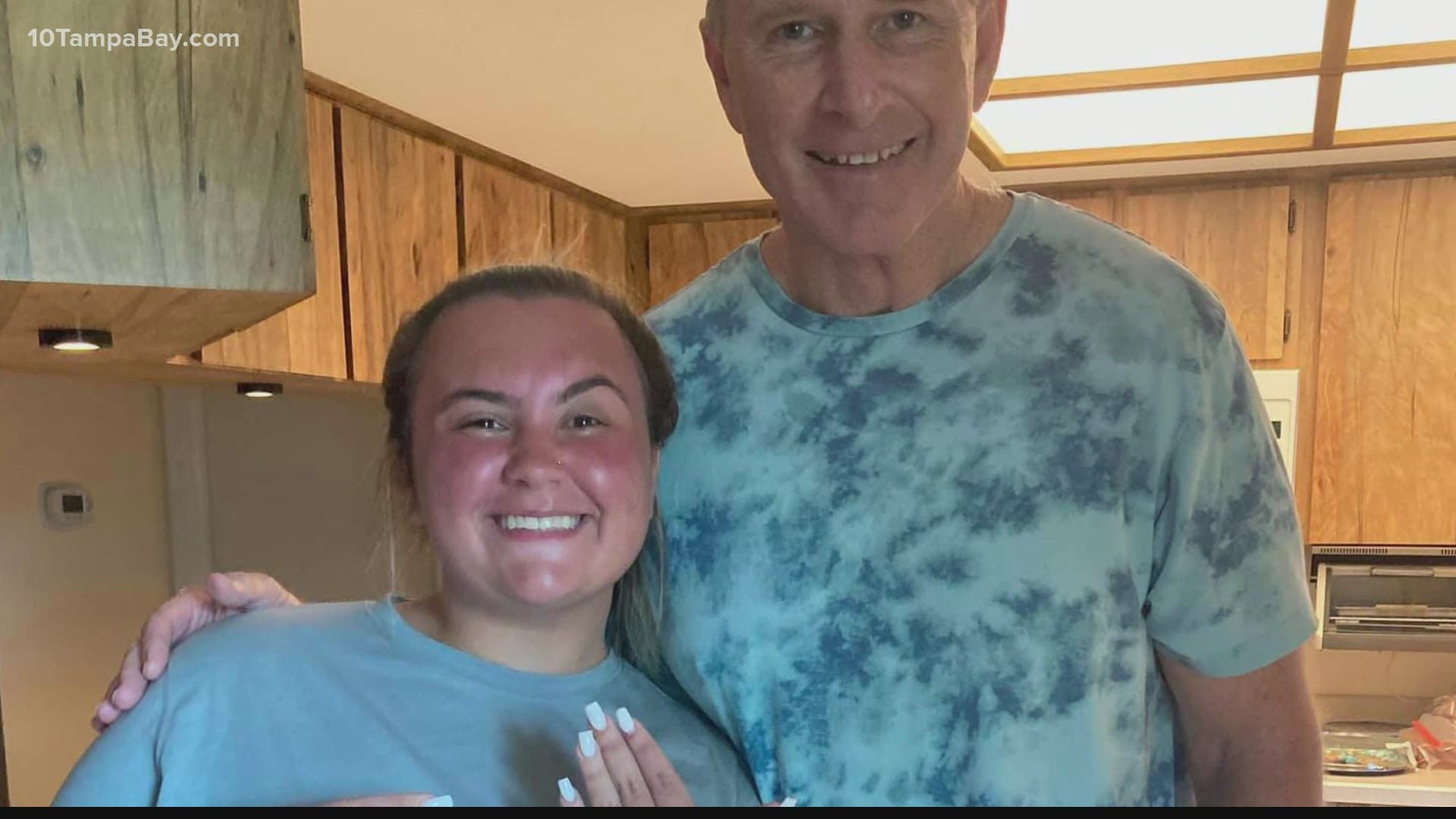 SARASOTA, Fla. — A sense of panic washed over Wendy Pierson when she noticed her soon-to-be daughter-in-law’s naked left ring finger.

The Holiday woman spent the day with her family enjoying her July 4 celebration at Caspersen Beach, never expecting they’d lose an engagement ring in the sand.

“We ended up going back and sitting under our tent and my daughter-in-law said, ‘Oh my gosh.’ She says, ‘My ring is not on my hand!’” Pierson said.

This is exactly the kind of scenario where Mike Shuler thrives.

“You have got to dig through a lot of trash until you get to the treasure,” the Clearwater man said.

Shuler is part of a metal detection club called the Suncoast Research and Recovery Club. The goal is to deploy to places where precious items are lost and recover whatever needs to be found via metal detector. Their website claims to have returned 675 rings.

“Yeah, 65 I’ve been involved with,” said Shuler, who has been metal detecting as a hobby for 12 years and a member of the club for around eight.

Not knowing where to turn when she lost her ring, Pierson called SRARC. Eventually, she got paired up with Shuler.

Shuler drove 90 minutes south to look for the lost ring on July 5. Pierson had sent him a text with the exact location where they’d last seen the ring. The veteran hunter was hopeful but knows there are no guarantees, especially at the beach. Thankfully, Pierson had set up a little “shrine” made of driftwood to mark the location where Shuler could begin his search.

“I have been on a lot of ring hunts. There are times when you walk right into it and you find it instantly,” he said. “But once you get to a certain threshold – 45 minutes to an hour – your heart starts to sink a little bit. I was starting to get to that zone.”

It took about four hours of searching, but Shuler eventually found the ring in waist-deep water. He called Pierson, who couldn’t believe it.

“He’s the best. He’s an angel sent from Heaven,” she said.

Photos of the recovery were posted on the I Heart St. Pete Facebook page. It was an amazing day for Pierson, who celebrated her birthday, got the ring back and found out she’d be a grandmother for the first time all on July 5.

“Best day of my life ever, truly, so far,” she said. “Mike saved the day and the vacation and now we have a memory that is going to last forever.”

Her daughter-in-law -to-be, Selma Sinanovic, who lives in Atlanta, plans to marry in the spring. They suspect the ring slipped off because Sinanovic recently lost weight. Shuler is thankful he could be part of returning something so special.

“It’s the best part of the hobby,” he said. “I always tell people that.”