The two will officially serve together for 10 days. 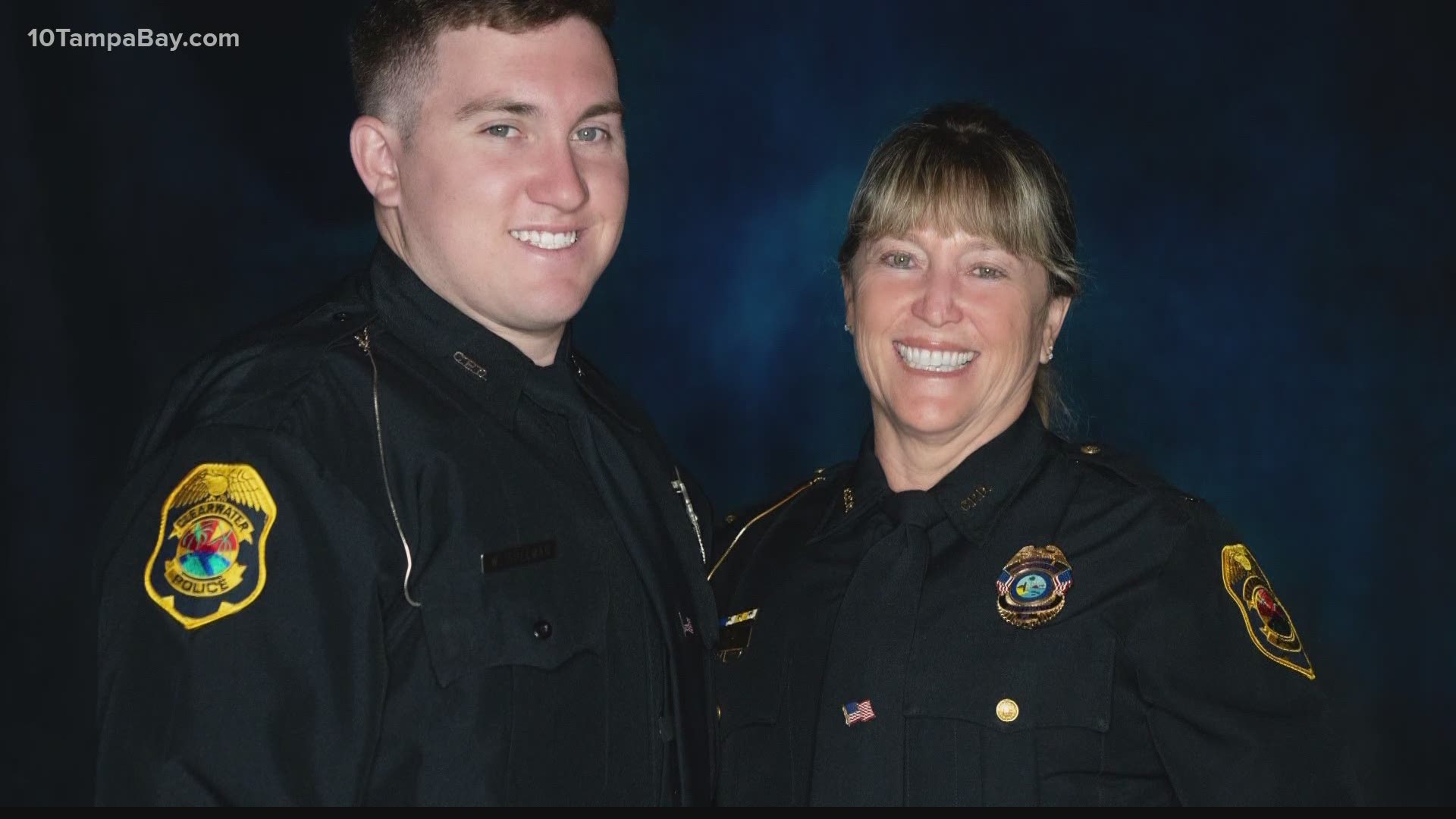 CLEARWATER, Fla. — William Spelman knows what it’s like to live with a no-nonsense mother. Laura Spelman, better known to the community as Lieutenant Spelman, was and is a parent who looked after her only child’s best interests.

His mom shot him an unbelieving look.

“He’s a grown adult. He can do what he wants," she said, before adding, “within reason.”

Their back-and-forth was playful as both Spelmans sat side-by-side in a Clearwater Police facility meeting room Monday afternoon to look back on Laura’s service and look forward to William’s.

“When I realized he was serious, I kind of had mixed emotions,” Laura said. “I was extremely proud and extremely honored that he wanted to do what I had done but I also, more so being a mom, had that fear of I was just getting out of having to worry about going to work every day and now I’m going to have to worry for the next 20 years for him.”

For 27 years, Laura served the Clearwater Police Department in a variety of roles. She started on patrol in 1994 and dabbled in almost every sector of police service from the bike team to the homicide unit. When she was promoted to lieutenant, her son was incredibly proud.

“Seeing what this job has done for her, being a lieutenant and being here for 27 years, it really showed me if I worked hard enough maybe some day I can achieve the same things she did,” William said.

There is a photo on Laura’s desk of her son in a police uniform when he was around the age of five. That child is all grown up now and willingly chose to follow his mother into the law enforcement field.

“I want him to have his own career and be known as Officer Spelman instead of Lieutenant Spelman’s son,” she said.

William always liked the idea of becoming an officer but says he didn’t actually commit to it fully until high school. When he was sworn in, in front of Clearwater city council on March 15, after graduating the academy the previous October, Laura wasn’t able to hold back tears.

“I feel honored that he wanted to follow in my footsteps,” she said.

The very first time William put on his new uniform was to attend Pinellas County Deputy Michael Magli’s funeral in late February. He called the experience “surreal”. It was a sobering reminder of the career he’s decided to step in to, even though he’s been well aware of the potential perils his entire life.

William and his mother will officially serve together for ten days. Laura is retiring on Friday after nearly three decades of service. Then, it will be her son’s turn to protect his hometown.

“If he was going to be a police officer, this is where I wanted him to be,” Laura said. “There was never a day when I regretted this career decision and hope he doesn’t either.”