Nermine Khouzam Rubin remembers being bombed in Africa as a child. Now as an adult, she's getting fresh water to villagers in arid communities. 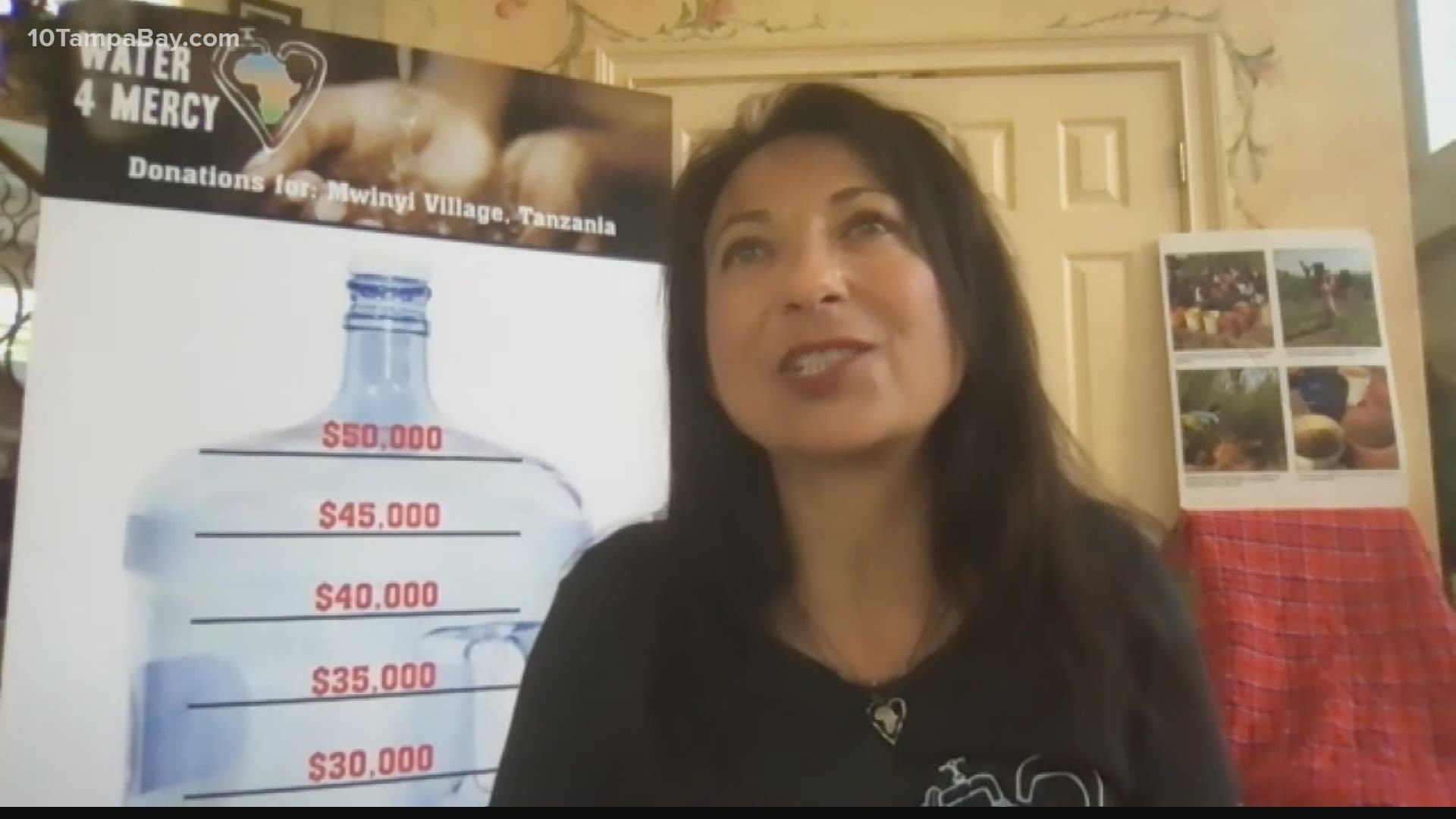 CLEARWATER, Fla. — Nermine Khouzam Rubin remembers the terror of bombs exploding near her home as a child.

“It was stressful as a kid,” said the Egyptian native.

The Six-Day War ravaged the region in 1967. Rubin’s father, a doctor, didn’t want his children living in such uncertain conditions. Rubin, just six at the time, moved to the United States.

She grew up, married, and had children. In 2014, her teenage daughter asked Rubin to go with her on a trip back to Africa. Rubin had grown accustomed to this request over the years. Every year, her daughter asked. Every year, Rubin decline. But, this year, she actually agreed.

They visited Tanzania in 2015 and made a return trip in 2017. She saw deplorable conditions.

“There was no life in their eyes. There’s only despair,” Rubin said of the villagers there who were at the mercy of rain for sustenance. “There’s no water so they have no means. They are in this vicious cycle of poverty they don’t know how to get out of.”

She returned home and founded Water 4 Mercy, Inc. in 2018, a non-profit 501(c)3 organization whose mission is "To Uphold Human Dignity by Eradicating Thirst, Hunger and Poverty"

“I founded Water 4 Mercy (W4M) to facilitate the use of advanced Israeli technology and enable remote villages in Africa access to clean water and innovative agriculture for self-sustainability,” she said.

During her 2017 visit, sub-Saharan Africa was suffering a severe drought. People would walk miles for water. Much of it was dirty. Rubin knew nothing about harvesting water but did tons of research. She prayed. She asked friends for help. She got donations.

“We’ve dramatically improved the quality of life for over 20,000 people and for generations to come,” she said.

It costs about $50,000 to provide a tap to fresh water in a village. For $25,000 more, Water 4 Mercy has begun to install drip irrigation on the farmlands in Tanzania. Rubin personally funded the first water sources by cashing out her IRAs, personal stock portfolios and even took out a loan.

The taps and drip irrigation from Water 4 Mercy provide a permanent solution to the water shortages in African communities.

“We are all human people. We all need dignity,” she said. It’s that idea that drives her mission to bring water to people a half-world away.

Eight villages now have clean water thanks to Water 4 Mercy. Those childhood memories of bombs have been squeezed aside by Rubin in favor of new memories of people in Africa saved by water.

“We had this woman stand up to say, ‘I feel pretty. I feel pretty now. I can wash myself. I can bathe. I don’t have to walk five hours to wash myself. Thank you for making me feel pretty,’” Rubin said. “I just started crying. They are able to provide clean water for their children.”

Rubin is based in Largo. Water 4 Mercy can monitor the water wells from Florida digitally and send help if they break. The photos on her social media accounts show overjoyed villages that now have clean water and ways to make money through agriculture. Markets in the areas of these supported villages now request crops from their fields because they are grown so efficiently thanks to the drip irrigation.

Fresh water has been a life-changing addition to those African villages.