Water 4 Mercy has provided clean water and opportunities to grow fresh foods to over 30,000 people in Africa. 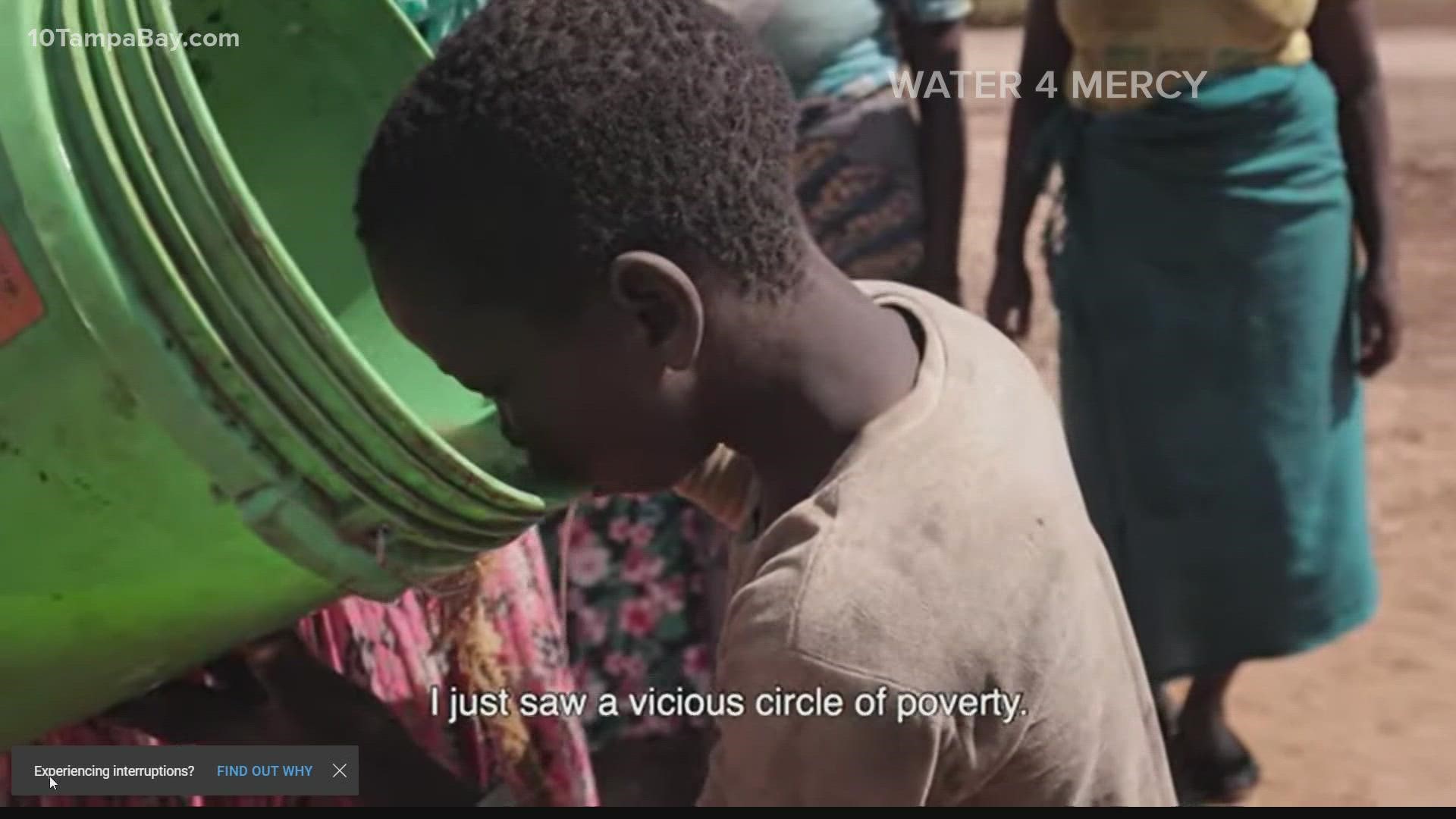 CLEARWATER, Fla. — Nermine Rubin never expected to fall in love with the people of Africa.

“These villagers have basically adopted me,” said the Clearwater woman and founder of Water 4 Mercy.

Even though she was born in Egypt, Rubin says she never felt connected to Africa. Her family moved to American when she was a young child. It wasn’t until her own teenage daughter invited her to tag along on a mission trip that her heart felt a tug towards helping the people there.

“I can’t wait to go back because you’re not just going as a tourist or someone going from afar. I’m now their family,” she said.

Rubin started a non-profit and has been installing water well systems and drip irrigation for villagers in remote places of Africa. Her mission began after two trips to the continent, first in 2015 and again in 2017. She saw how little access there was to clean water for people living in Tanzania.

“There was no life in their eyes. There’s only despair,” she told us in February. “There’s no water so they have no means. They are in this vicious cycle of poverty they don’t know how to get out of.”

Water 4 Mercy has since provided clean water to over 30,000 people living in villages across Tanzania and plans to expand to Kenya in 2022.

“We are already in the works for Kenya. We are going to have it open and live in January and we have some interest in Malawi, Uganda, Ethiopia, Ghana. Within two to three years, Africa could be self-sustainable in food,” she said.

Agronomists have helped Water 4 Mercy implement Israeli technology to increase agriculture output. A single tomato plant, when grown using drip irrigation and other optimal techniques curtailed to the soil conditions in Africa, can yield up to five times as many vegetables as a typical crop.

Water 4 Mercy has given villagers in Tanzania the ability to grow new foods in the region as well, like cauliflower. That coupled with common foods like watermelon, onions, and okra not only provide sustenance but a means of commerce. Villagers can sell their crops and support their families financially thanks to Water 4 Mercy.

“God wants us to be, you know, have dignity, and you don’t have to get sick when you’re waiting for a handout,” said Rubin, who plans to return to Africa in March 2022. “You have dignity when you can manage for yourself and you can provide for your family and you can grow your own food.”

Water 4 Mercy is a 501(c)3 and relies on gifts to reach people in Africa. To make an online tax-deductible donation, visit its website.