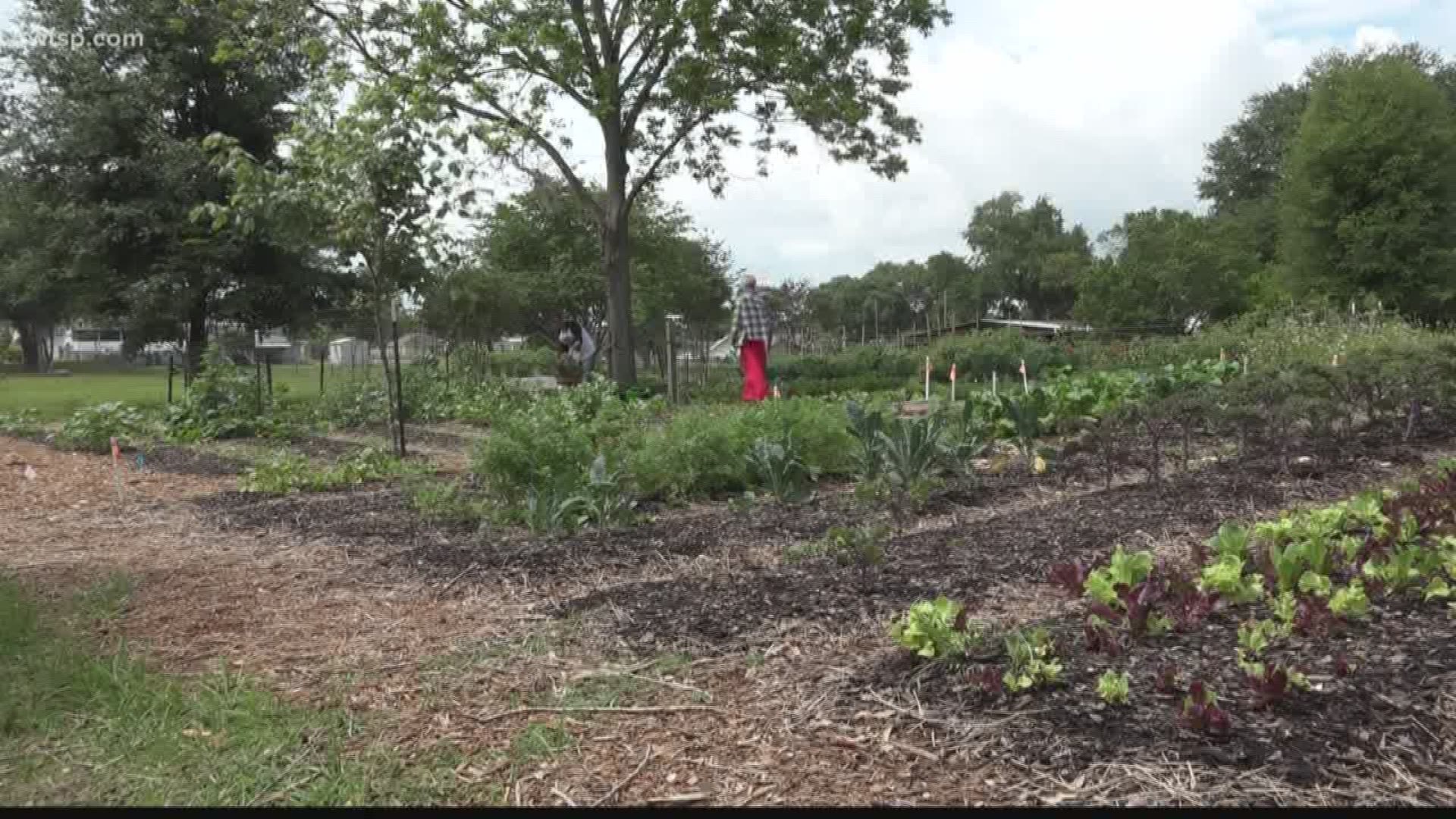 “I don’t have to commute to Tampa on I-4 two hours a day anymore, so just that alone makes me 10% nicer,” he said with a laugh.

Since January, he’s been working in his garden full time. It’s a hobby that’s turned into a lifestyle for Glass and his fiancé, Jessie Lane.

“It doesn’t get more professional than Benny Glass,” she said as she surveyed the 40-plus different crops growing in the couple’s front yard farm.

Glass and Lane started the farm in March 2018 but decided it had provided them with so many physical benefits that it was worth pursuing at-home agriculture for a living.

After all, they both say they owe their life to the crops.

The stroke, which occurred on Christmas Eve, left her in need of major lifestyle changes. She admits her fast-paced work life in the restaurant business probably contributed to poor health. She needed a change.

She convinced Glass that farming would be therapeutic.

“I was completely against the idea because I had this traditional view of farming,” he said. “I thought we would be out here back-breaking for one giant crop.”

Instead, they set out on the road for a 10-month journey. It came as part of an internship recommended by Lane’s doctors. It took them to eight different farms across the nation. The furthest landed them in Seattle. They learned growing techniques and brought them back home to Lakeland feeling re-energized.

The activity became therapeutic for both of them.

“I have to get in there and help Benny so it’s something I push myself to do physically,” said Lane. “It’s some of those physical movements that sometimes I probably would neglect that the gardening forces me to do.”

Those movements helped her bounce back from the stroke in ways other therapies didn’t. Lane estimates she has 90% mobility back in her left side. Even light gardening work, like watering, gives her “worth” in her mind.

“I was looking for something more peaceful,” she said. “We decided that gardening would bring that change for both of us that we craved.”

The couple operate Glassroots Farm and Haberdashery and sell crops at the Lakeland Corner Farmer’s Market. They plan to wed at the farm this fall.