Cyclist prepares to bike the path walked by grandfather in WWII 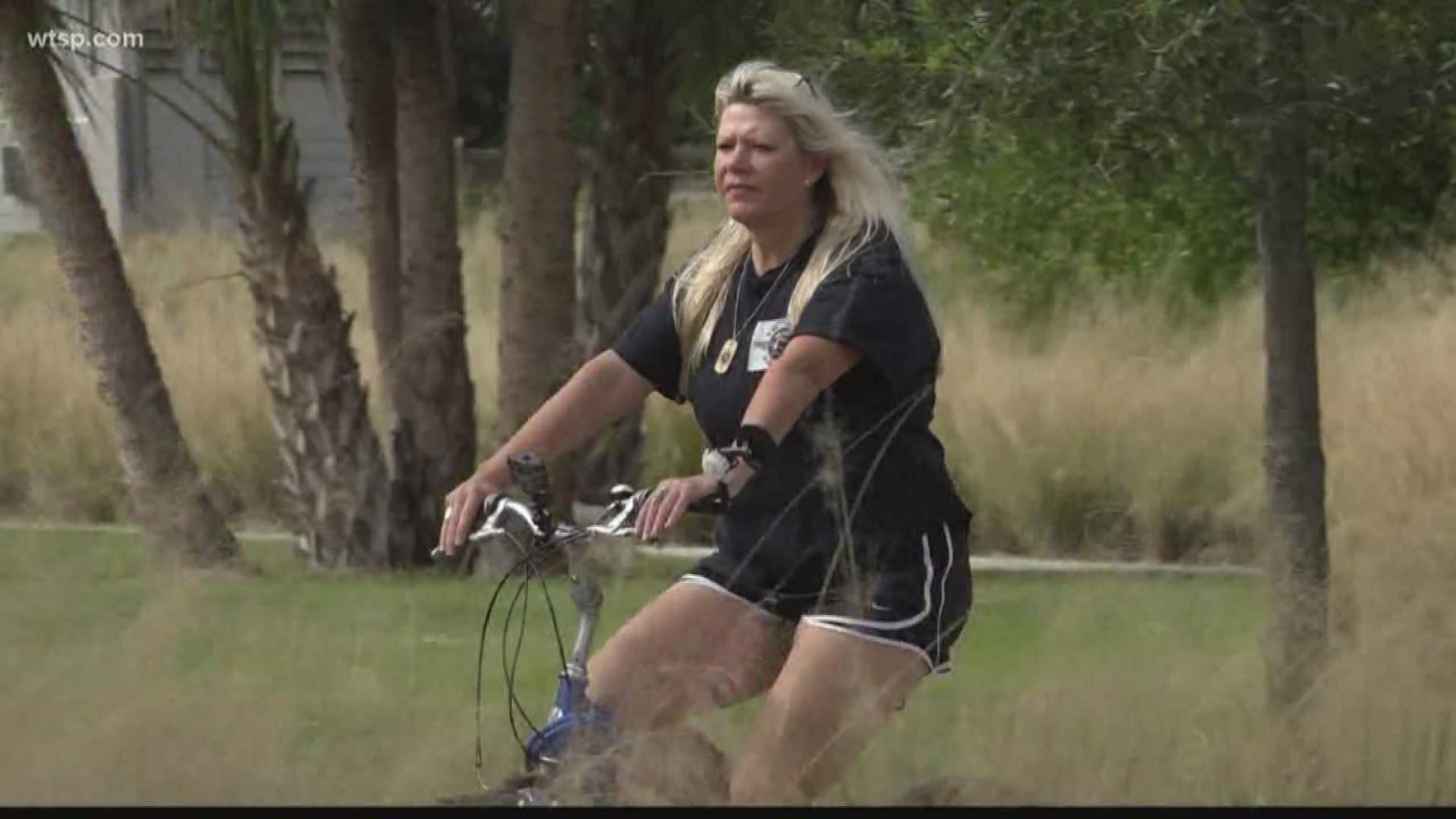 LONGBOAT KEY, Fla. — Kim Galway describes her grandfather as a “bit of a miracle”. He survived ten near-death experiences during his 11 months of service during WWII as a Canadian forward observation officer.

“This man cared very deeply about the memories and the sacrifices of fellow soldiers,” she said of her grandfather, George G. Blackburn.

After retiring from military service, Blackburn went on to author a trilogy of books. The first, “Guns of Normandy," was an instant hit. It chronicled the journey of soldiers during WWII and was named the Ottawa Citizen Book of the Year in 1996.

It also inspired Galway to retrace his steps.

“I promised my grandfather on his death bed in 2006 that I would do everything in my power to help make sure that people were always aware of the lessons and stories that he talked about in his books,” she said with her hands clutching Blackburn’s book. “The fact that it is work, the fact that it’s not easy is part of the tribute.”

Galway will ride her bicycle 1,000 miles in 70 days, beginning in March in Normandy, France and ending in Oldenburg, Germany on May 8 – the 75-anniversary of Victory in Europe Day.

The tribute will take the very path Blackburn traveled as a FOO.

“Every inch they gained was fought and so for me to be on the bike in peacetime, difficult as it may be, is nothing like what they faced,” she said. “If it wasn’t somewhat of a challenge what kind of tribute would it be?”

PHOTOS: Cyclist prepares to bike the path walked by grandfather in WWII

She’s calling her trip Victory Journey. A film crew with travel with Galway will create a documentary of her ride. She’s fundraising for her trip and is eager to put together a video presentation of her challenging ride through the battle-areas of WWII.

“I’ll be filled with so much gratitude and emotion and a sense of my own victory,” she said, anticipating completion.

Above all, it’s fulfilling a promise to her grandfather in the best way she knows how.

“It just seemed like a natural thing to do," she said.