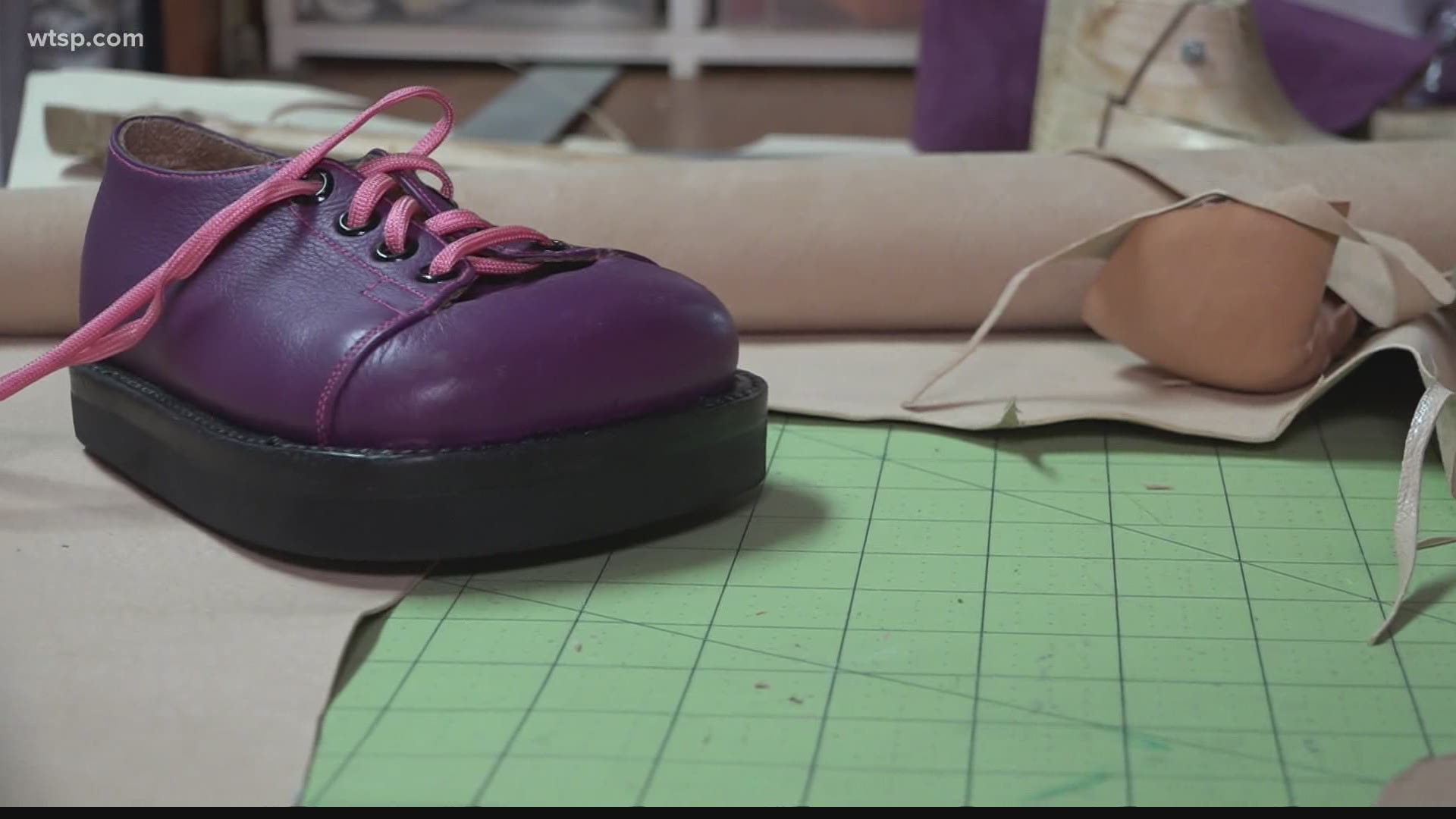 But, he never planned to become a footwear instructor.

“I feel like I’ve come along way,” Stephan said Monday.

After years of practice, he’s finally gotten to a point where he is proud of the shoes he’s creating in the spare room of his house just a few blocks from the high school. Long nights and many hours have led to footwear that is sturdy enough to stand up to the pounding from his eight-year-old daughter, Laura.

She’s been trying to learn to create shoes since the start of the COVID-19 pandemic forced her family indoors.

Ryan has a similar journey to Stephan ahead of her. The Rancho Palos Verdes, Calif. woman’s son, Daniel, 3, has feet similar to Laura’s. Both kids have twos toes on each foot which point in different directions.

“I nothing I can purchase that will work for my son’s feet except for if I went and had specialty shoes made which is very, very expensive and at his age, he’s going to rip them up and grow out of them in a few months,” Ryan said.

She tried sewing cloth shoes but wasn’t happy with the result. Daniel would rip them while playing. After searching online, she and Stephan connected.

He was able to share some tips he’s learned from mentors and Shoe School in Washington. He even sent Ryan a starter kit and a pair of leather shoes for Daniel. Ryan was able to use the materials Stephan mailed from Florida to California to help create Daniel’s first pair of sandals.

“I said, ‘Do you like it?’ and he said ‘Yay!’. That felt really, really good for me. I knew nothing. So, the fact that I could make anything at all is completely because of Tom’s generosity of his time,” Ryan said. “The satisfaction is kind of indescribable. It’s really such a huge, huge gift.”

Seeing videos of Daniel playing in shoes warms Stephan’s heart. He’s even more excited that Ryan has learned enough in a few short weeks to “hit the ground running” on making her son proper footwear – something that took him many attempts.

“The shoes that she’s making right now are looking really great,” he said. “To see that kind of joy was fantastic.”

Stephan often posts photos of the shoes he’s made for Laura online and gets feedback from around the world. He’s been advised to make a pair of shoes for himself next to learn the differences in making shoes for varied sizes. He’s been working on boat shoes this month.

Kimberly wants to craft a pair of closed-toe shoes for Daniel. Her first pair of sandals still makes her smile.

The parents hope their children can meet someday.