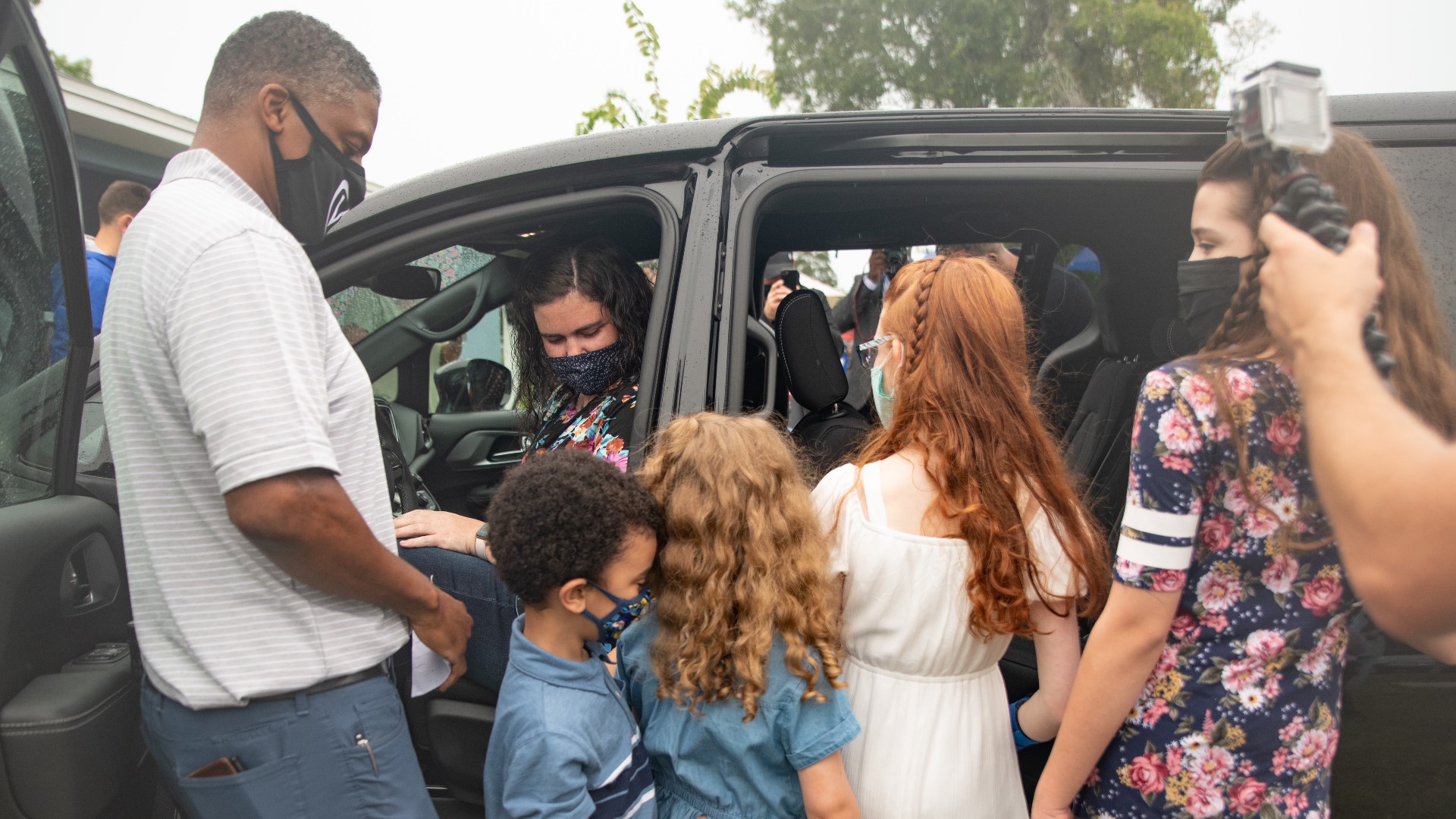 LARGO, Fla. — Allison beamed after walking through her new home. For weeks she’d been working, secretly, on a home for her kids through Habitat For Humanity Pinellas.

“I’m so overwhelmed,” she said.

Former Tampa Bay Buccaneers star Warrick Dunn teamed up with Habitat to make it happen. It was the 182nd home Dunn helped provide in Tampa Bay since 1997.

Allison’s kids were surprised. And, a former Tampa Bay Rays player surprised Allison with something else.

“I know that firsthand growing up in a single mother home how important transportation it is,” said Denard Span, 11-year Major League Baseball veteran.

Span handed Allison a set of keys to a new van. It was provided by Span’s foundation and a partnership with Ferman.

“You never ever forget the bridge they brought you over,” said Span’s mother, Wanda Wilson. “I’ve always trained Denard to just to give back.”

The van will be adapted to fit Allison’s children, who have special needs. The van was a surprise blessing for the Largo woman.

“There is no better feeling,” she said.

Span smiled as the kids piled into the van and smiled with glee. It’s the third car his foundation has provided for a family.

“This is unbelievable, man it’s an awesome day,” he said.