Diehard fan finally sees her Bucs in every NFL city 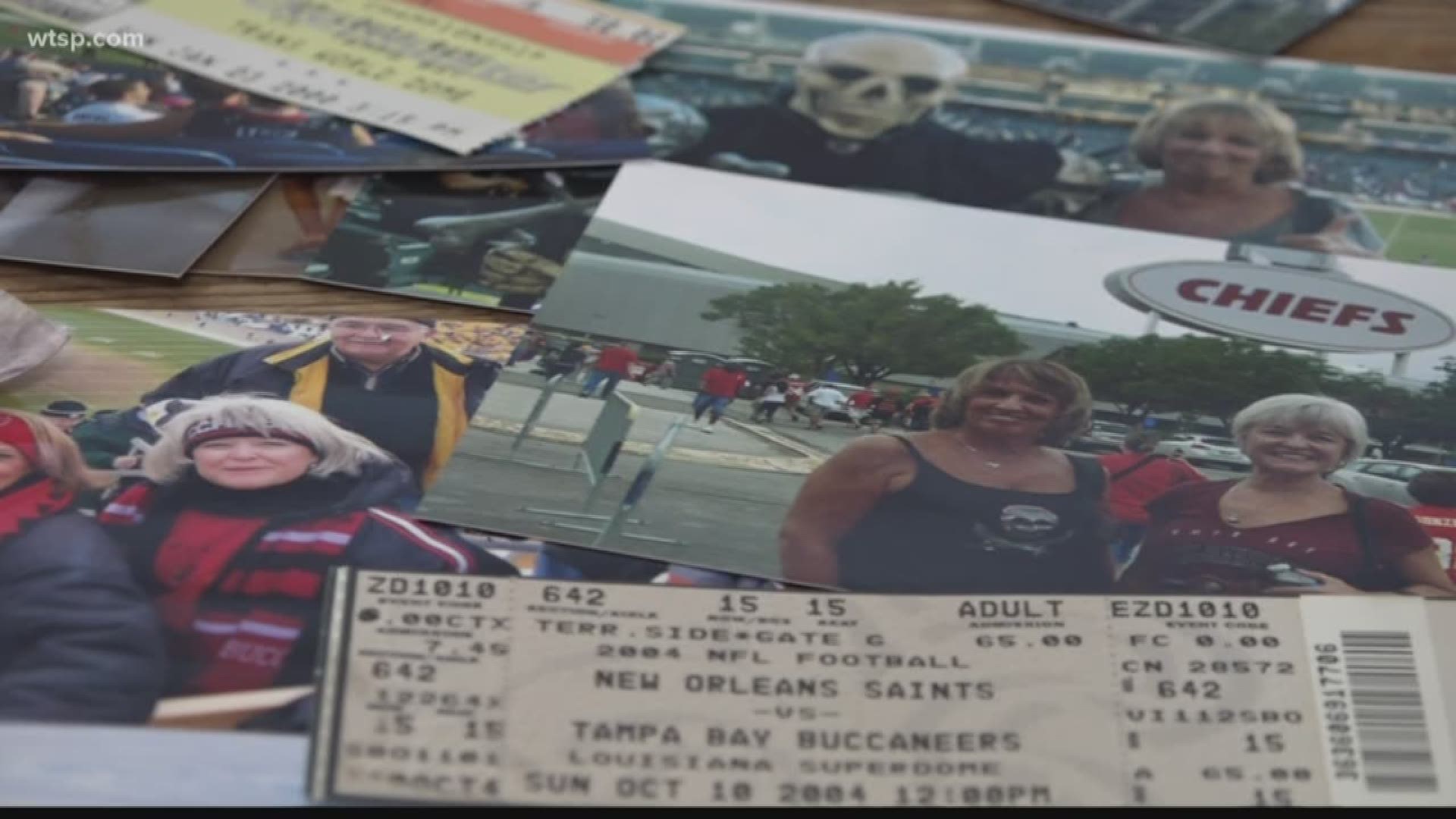 TAMPA, Fla. — The 2018 Tampa Bay Buccaneers season is finally over. It was a year that began with ‘Fitzmagic’ and ended with a thud.

“It was a hard year,” Anne Copeland said from her home just a 10-minute car ride from Raymond James Stadium. “It started with so much hope.”

The Buccaneers finished the 2018 campaign with a 5-11 record. The team missed the playoffs again.

That hasn’t stopped Copeland from cheering for her favorite team.

“Here’s John Lynch,” she said, pointing to one of the dozens of autographed photos in her spare “Buccaneers Room.” She picked up another picture frame. “This one is Raheem Morris.”

On Dec. 16, she raised her hands toward the sky in elation before her Bucs kicked off a regular season game against the Baltimore Ravens. It was a big deal for Copeland.

Baltimore was the final NFL city she hadn’t visited to cheer on Tampa Bay.

“I really can’t believe I did this,” she said. “I’ve seen them in the Super Bowl and I went on the first trip when they went to Wembley, in London.”

Copeland’s first game was with her father in 1976. He was a huge Dallas Cowboys fan. She adopted his love of the sport but not his team.

The Tampa native started traveling to road games in 1978 with a trip to see the Bucs play the then-Houston Oilers play in the Astrodome. It continued for the next 40 years, finally ending in Baltimore three weeks ago.

She never expected to hit every NFL city.

“There’s nobody more dedicated than she is,” said her husband, Bob. “Every single Sunday she’s excited about the Bucs. There’s no team like it.”

Anne has photos and ticket stubs from most of her road games. One of her favorite trips was to Pittsburgh.

“The people there were so nice and they were a lot of fun,” she said. “We hung out in the lobby of the team hotel.”

She smiled when recalling visits to frigid Lambeau Field, seeing a stadium with a jail inside (Philadelphia), and even the time she was advised not to wear Bucs red in Oakland.

“We beat the heck out of them that game,” she said.

Copeland even flew out to San Diego in 2002 to see the Bucs in the Super Bowl. She boarded the plan without a game ticket but somehow found a way to get in the stadium. It was one of the best experiences in her four decades of following the team.

“Oh yes and that’s going to happen, and I’ll be there when it does,” she said surrounded by years of Bucs memorabilia. “If you’re really a fan, you’re going to stick with them win or lose.”

1 / 6
Anne Copeland
Buccaneers fan Anne Copeland has seen her favorite team at every NFL stadium and even in London.