Medal of Honor recipient's widow carries on legacy of service

Donnell Baker has become a more active military volunteer since her husband's death in 2012. 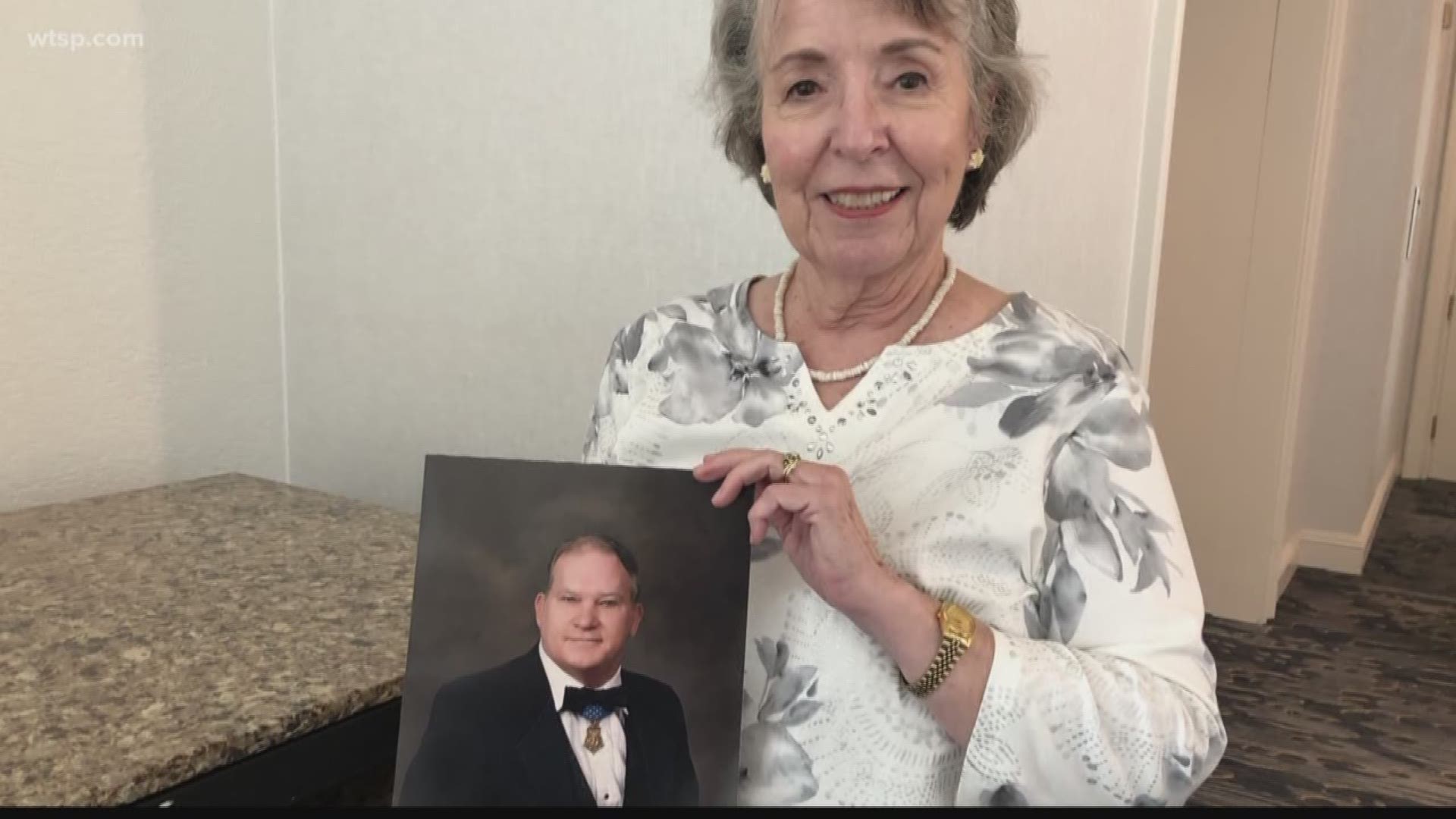 TAMPA, Fla. — Army Master Sgt. John F. Baker Jr. was not a tall man. He was 5-foot-2 and stood quite a bit shorter than Lyndon B. Johnson in 1968 on the day the President slipped the Medal of Honor around his neck.

For those who knew him, size didn’t matter.

“Very proud,” said his widow, Donnell Baker. “He carried six men out of the jungle. Picked them up and carried them out.”

Baker was a war hero from Vietnam. He is credited with leading a charge against enemy snipers on November 5, 1966, while serving as an assistant machine-gun bearer. He personally saved eight G.I.’s and knocked out multiple bunkers.

He drew strength from his gymnastics training as a child growing up in a house with an acrobat for a father. He chose military service. The Marines rejected him because of his height. He entered the Army in 1966 and joined the 27th Infantry Regiment, 25th Infantry Division.

Through the years, Donnell stood by and praised her husband from the sidelines as military accolades rolled in. The two met in 1981 in Hawaii and married in 1987. They were together for almost 25 years before John died in 2012 of a heart ailment.

Often, the wives and loved ones of military service members are not seen.

“We stay in the background. We straighten their tie and whatnot and then send them out. I think I’ve learned about volunteering and giving,” said Donnell.

She has become active in her Columbia, SC home where she is currently building a Fisher House. Loved ones don’t receive as much praise as Medal Of Honor recipients. The legacy of honor certainly carries on with them, as Donnell can attest, even after the soldier is gone.

Donnell is one of the many loved ones to accompany the 46 Medal of Honor recipients gathered in Tampa for a week of activities designed to honor the service members who have earned the U.S. military’s highest honor.